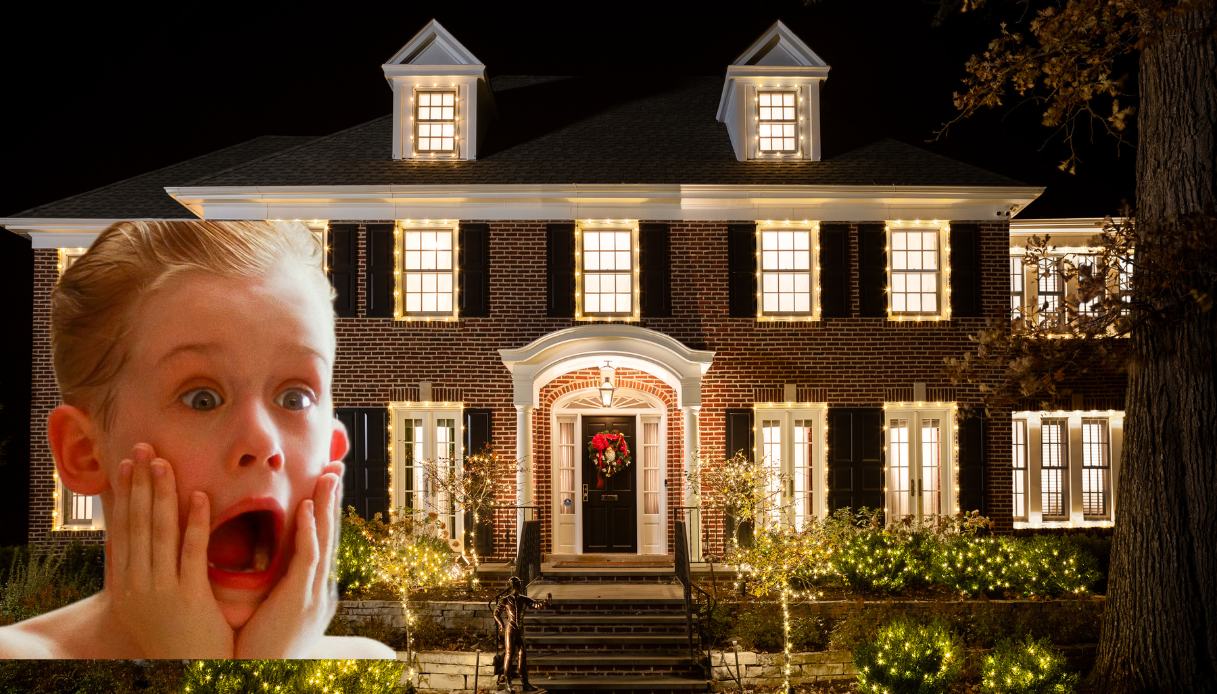 10 Christmas movies that make you travel

Old glories and newcomers: between TV, cinema and streaming platforms, the Christmas is filled with themed movies that make you want to leave right away. For this reason, we have selected for you what we think are the 10 to watch during these holidays.

“Mum, I missed my plane”, between Chicago and Winnetka

Years go by and generations change, but “Mamma I missed the plane” is one of those classics that absolutely must be seen during the holidays. For many of us it won’t be the first time, but for the little ones it will mean discovering a film that is an evergreen and also places that, perhaps, they have only seen in their imagination.

Specifically, this real Christmas cult, although mainly focused on the house where the action takes place, makes us discover corners of the United States particularly interesting. The movie makes us believe we’re in Chicago, but in reality, everything was mostly recorded in Winnetka.

Winnetka is located 26 km north of downtown Chicago and the entire house is located right here, which was rebuilt into a gigantic abandoned gymnasium.

“La Famiglia Claus 2”, for a wonderful trip to Europe

It’s also worth a look “The Claus Family 2” which will allow you to travel to various European countries. You will find yourself faced with a captivating fantasy film in which some traditions are also broken. Starring Mo Bakker and Jan Decleir, the story mostly takes place in Santa’s office at the North Pole and in children’s homes around the world.

More in detail, looking at it you can take a trip to Belgium, the Netherlands and Romania. In fact, most of the filming was done in and around Bucharest, the country’s capital. Other scenes, however, will catapult you to Brussels, the capital of Belgium and in particular to the Comics Art Museum of the city. Then again the Heritage Library Hendrik Conscience, a library located in Hendrik Conscienceplein 4 in Antwerp, as well as Konticha municipality in the province, and the port city of Ghent with its Sint-Michielskerk, a Roman Catholic church sporting late Gothic architecture. Finally Breda, a municipality in the Dutch province of North Brabant.

Also unmissable “Love Actually”, with a very rich cast which includes actors of the caliber of Hugh Grant, Colin Firth, Emma Thompson, Liam Neeson, Alan Rickman and Keira Knightley. Also an evergreen, it allows you to take a trip to Christmas London.

And if you want to retrace the footsteps of the protagonists, the right address is Selfridges & Co. (400 Oxford Street). Right here you will find a chain of British department stores where one of the iconic scenes of the film was filmed. The church in which one of the initial settings takes place, the one in which Keira Knightley gets married, will catapult you directly to the Grosvenor Chapel, in the London district of Mayfair, close to Hide Park.

“A violent and silent night”, in the cold of Canada

Must see at the cinema is “A violent and silent night”, a real black comedy that exudes action, sarcasm and brutality. Playing Santa Claus is David Harbor (Stranger Things), a Santa who slaughters bad guys but isn’t a bad guy.

Seeing it you will be able to make a real trip to Canada, and more precisely between Manitoba, a province in the Canadian Prairies, and Winnipeg, a city boasting a versatile landscape. Many other scenes in the film allow you to fly with your imagination in and around Winnipeg which is also known as the Gateway to the West. Indeed, it hosts numerous tourist attractions, including the Manitoba Children’s Museum, the Canadian Museum for Human Rights, the Winnipeg Public Library, the Winnipeg Art Gallery and the Centennial Concert Hall.

“The last holiday”, to discover the triangle of well-being

“The Last Vacation” it is an unconventional film that has rightfully entered among the best Christmas films above all thanks to the explosive interpretation of Queen Latifah and LL Cool J. The film tells of a woman who discovers she has only a few weeks to live, we do the rest find out to you.

Seeing it will mean taking a trip to the Czech Republic as the film was shot in the beautiful landscape of Karlovy Vary, an elegant city that will make you feel directly in a dream. It is no coincidence that it is located in the so-called triangle of well-being, together with Mariánské Lázně and Františkovy Lázně. In particular, the film was shot in the aristocratic Hotel Pupp, a location that gives us a very suggestive landscape image embellished by snow-white mountains, spas and sports.

“As for Disenchantment”, a New York that is actually Ireland

See “As for Disenchantment” it means finding yourself in front of a film that is the perfect union between dream and reality, between the fantasy realm of Andalasia and the desecrating reality of Manhattan. However, the film was not filmed in New York.

What you can admire, in fact, are the fairytale sceneries in the County Wicklow and the picturesque village of Enniskerry, in Ireland. Among the most beautiful and popular villages on the island, Enniskerry is considered the gateway to County Wicklow, also known as the ‘Garden of Ireland’. Three of its wonders, the Wicklow Mountains National Park, an extraordinary perimeter in which there are forests, lakes and streams, a series of megalithic tombs, menhirs, rock art and ceremonial circles.

“Polar Express”, the importance of travel

Another traditional Christmas film is “Polar Express”, one of the first made with the motion capture technique and where you can recognize the face of Tom Hanks. The story tells of a child who no longer believes in Christmas and for this reason he is taken by a mysterious train that will take him to the village of Santa Claus, at the North Pole.

The film always takes place on the train and therefore is always on the move, but at the same time it also contains a great meaning: the journey that the children make will leave each of them with an important and different life lesson depending on their personality.

“Something from Tiffany’s”, the Christmas New York

Everyone, or almost everyone, loves New York and if you want to discover it during the Christmas holidays you must necessarily look “Something from Tiffany’s” where the couples, formed by Rachel and Gary (Zoey Deutch and Ray Nicholson) and Ethan and Vanessa (Kendrick Smith Sampson and Shay Mitchell) cross paths due to a mix-up that will change the course of their relationships.

His vision will make you feel directly in the sparkle of the holidays in New York, the ideal setting for some love stories, but also in some places in Los Angeles.

“The worst Christmas of my life”, for a fairytale trip to Italy

Anyone who wants to discover an Italian fairytale place must look “Worst Christmas of my life”. A 2012 film that tells a series of amusing family misadventures full of clumsiness and interpreted by some of the best actors on the Italian scene: among these are Cristiana Capotondi, Fabio del Luigi and Diego Abatantuono.

It was mainly filmed in Gressoney, at Castel Savoia, in the Aosta Valley. A manor that we can define as our local Cinderella Castle and which at the same time is rich in history.

If, on the other hand, you dream of South America, you must necessarily see it “A Christmas full of Graça”, a romantic comedy revolving around Carlinhos, who decides to surprise his girlfriend by making her a fateful proposal. Unfortunately, however, things do not go as hoped.

The feature film allows you to travel to Brazil and mainly to Rio de Janeiro which, given its vast and versatile panorama, proves to be suitable for filming different types of productions. In particular, you will be able to discover the neighborhood of Leblon, located in the south of Rio de Janeiro, together with its beautiful beach.

David Martin is the lead editor for Spark Chronicles. David has been working as a freelance journalist.
Previous Ana de Armas, as a blonde
Next https://gamingbeasts.com/emily-wants-to-play-too-free-pc-game-download/