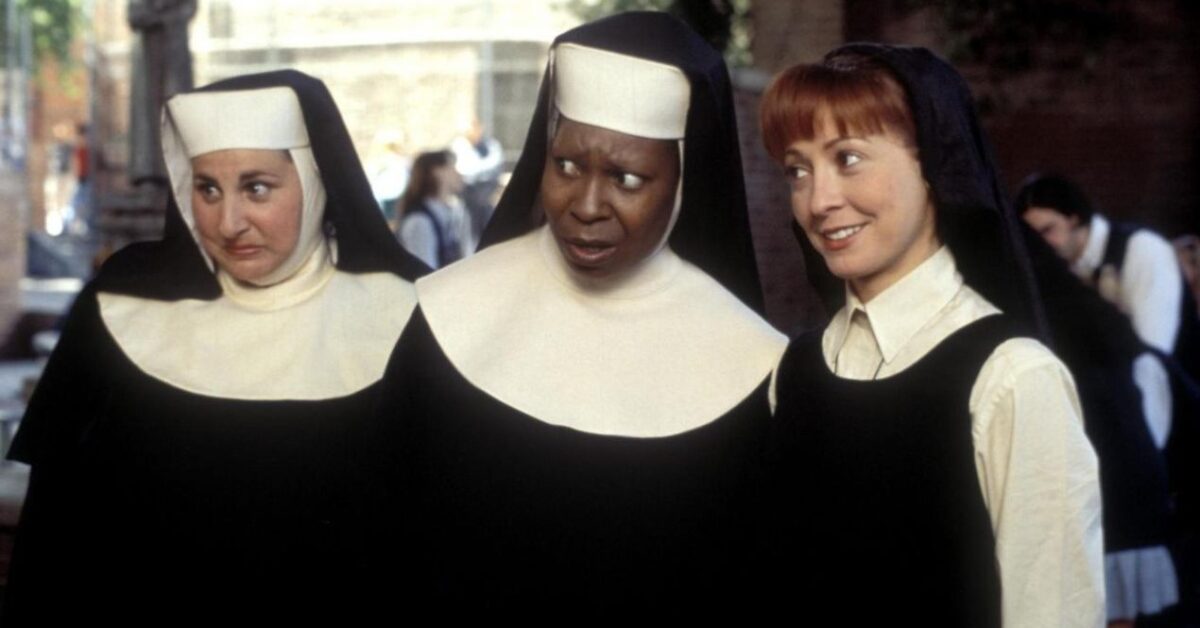 10 films with nuns, priests and popes, when religious figures are the protagonists

Bresson, Schrader, Meirelles and Komasa. Let’s find out some directors and which of their films have best told the life of the most common religious figures.

What happens behind the walls of a nunnery, among the palaces of papal power or in the abbeys of the most remote villages, has always been a curiosity of old and new cinema, which has told, in the most disparate ways, the charm of slow journeys spiritual towards the wearing of sacred clothes. After recalling some of the films on the Catholic religion, which in our opinion are better than others, let us now try to name ten starring notable religious figures, that is, all with stories of novices, aspiring nuns, prelates and popes on the verge of a crisis, real or presumed nuns. An overview that will touch different genres (from the sub-genre of nunsploitation to musical comedy; from the coming-of-age story to the European drama), proposing as many versions, declinations and interpretations of man’s privileged and priestly relationship with God, in relation to adherent themes such as faith, sin and vocation. Here they are followed in no precise order.

With a third remake already announced and soon to be released, the musical comedy with Woopie Goldberg is an irresistible super pop tale about the lead singer of a trio, mistress of a criminal, forced to hide her true identity and move to a monastery under the name of Sister Maria Claretta. Directed by Emile Ardolino and nominated for two Golden Globes (Best Actress in a Comedy and Best Comedy Film), Sister Act – A nut in a nun’s habit it was renewed just a year later with its sequel Sister Act 2 – Crazier than everdirected by Bill Duke, in which, among the young co-protagonists, the interpretation of the singer Lauryn Hill stands out in the role of a problematic but musically gifted student.

This coming-of-age unfairly silent and released in 2017 directed by Maggie Betts, sees Margaret Qualley in the guise of a young woman who begins her novitiate in a US convent in the 1960s to achieve her innate vocation to finally become a “bride of God”. In her troubled path, Cathleen will be influenced by her superior mother Melissa Leo and by the disturbing charm of Emanuel, a novice like her for whom she will experience a forbidden physical attraction. In the cast also Julienne Nicholson in the role of the mother (non-believer) of the protagonist.

3. The Two Popes is among films starring religious figures

First in cinemas and from December 2019 on Netflix, the film written and directed by the director of City of God Fernando Meirelles takes up a key passage in the history of the Roman pontificate: the resignation of Pope Benedict XVI and the consequent election of Pope Francis. Interpreted respectively by Anthony Hopkins and Jonathan Pryce, both nominated for an Oscar in 2020, the relationship between the two pontiffs is restored to us in their always constructive divergence of opinions on topics and ideas such as tradition and progress, guilt and forgiveness. Dialogue that prompted the then His Holiness to retire, following the continuous scandals that hit the Church in those years.

Third film by the talented Polish director and producer Jan Komasa, Corpus Christi is inspired by the true story of an ex-convict who pretended to be a priest for over three months in a small rural community in Poland. The protagonist Daniel, played by bravo Bartosz Bieleniain that momentary farce will live a real path of spiritual (trans)formation and redemption, on which Komasa also traces a profound reflection on the power that religion has to communicate with different generations and points of view.

The troubled priest in a crisis of faith played by a magnetic Ethan Hawke is the protagonist of First reformedtwenty-first feature film signed by Paul Schrader and presented at the 74th Venice Film Festival. Returning to his recurring themes such as the loneliness, guilt and salvation, the director recounts the restorative encounter between the former military chaplain Reverend Ernst Toller and the wife of a radical environmentalist who has long been boasting of committing suicide (Amanda Seyfried). Complex, granite and formally rigorous, the work is not a title that could embrace everyone’s taste, but offers insights of common philosophical and religious interest on the malaises of modern man and the contemporary value of faith.

6. Benedetta is among the films with religious figures as protagonists

Desecrating, provocative and sensual like all of Paul Verhoven’s cinema, Blessed brings to the stage the true story of the Italian nun who lived in the seventeenth century Benedetta Carlini (Virginie Efira) and her carnal and sentimental relationship undertaken for the first time with the young novice Bartolomea (Daphne Patakia). Bordering on blasphemy and defying the rules of censorship, the film by the director of basic instinct and Elle revisits in a goliardic and explicit key a story of divine punishment, sin and repressed instincts that dangerously dare to break free.

7. The soul and the flesh

A Marine corporal played by Robert Mitchum, shipwrecked on a Pacific island during World War II. There He meets Sister Angela (Deborah Kerr), left alone on the island after the native population fled in fear of an invasion. To hide from the Japanese, the nun and the soldier must live together in a cave until they are rescued, dragging Sister Angela to perdition from the (chaste) high road. Directed by John Houston in 1957, the film presents an anomalous love triangle between Mitchum, Kerr and God himself, in a sort of Overwhelmed by an unusual destiny in the blue sea of ​​August but in a religious version.

Oscar winner 2015 for Best Foreign Language Film, the WWII drama directed by Pawel Pawlikowski takes us back to Poland in 1962 when a young nun, Anna (Agata Trzebuchowska), sets out on the trail of her roots shortly before finally taking the vows. On her journey, she will meet Aunt Wanda nicknamed “Wanda the bloodthirsty”, an alcohol-loving judge, who will make her discover the most hidden secrets of their family and of her childhood: Anna will discover that she is of Jewish origin and that her name is, actually, Ida.

9. Black narcissus is among the films with religious figures as protagonists

Together with The devils by Ken Russell, Narcissius Black is one of the most controversial religious-themed films in history. Directed by Michael Powell and Emeric Pressburger, it was an early opera nunsploitation from the 1940s, a subgenre that plays with the sacred and the most worldly impulses, through the body and the institutional figure of the nuns. Extremely modern for the times and provocative, the film opens the doors to an Anglican nun convent overlooking the mountain and their slow but inexorable descent into hell between rediscovered femininity and attraction to sin.

10. Diary of a country curate

Based on Georges Bernanos’ 1936 novel of the same name, the film by Robert Bresson is the story of a priest of a small French village, Ambricourt, who usually writes in a secret diary thoughts, torments and reflections with the intention of inspiring his pastoral action to the spirit of the Gospel. Film that also gave the thematic start to the creation of Taxi Driveraccording to its director Scorsese, Diary of a country curate was presented in competition at the 12th Venice International Film Festival, in which edition it won the OCIC Award (Office Catholique International du Cinèma).

David Martin is the lead editor for Spark Chronicles. David has been working as a freelance journalist.
Previous “Denied the right to defense”
Next away filmed with Margot Robbie and Ryan Gosling