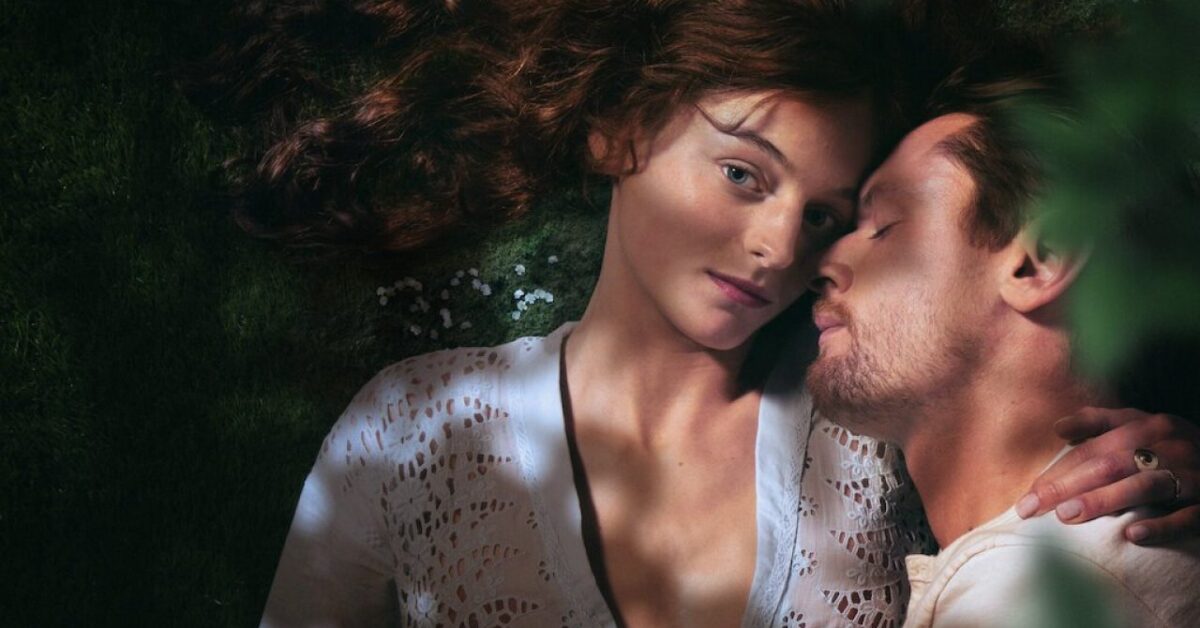 Directed by the French director and actress Laure de Clermont-Tonnerre, The lover of Lady Chatterleytelevision adaptation of the book of the same name by DH Lawrence, is a visually delicate but powerful work, thanks to the plurality of topics covered: sexual pleasure, infidelity, class differences.
The film, available at Netflix from December 2, 2022tells us the story of the young woman Constance Reid (Emma Corrin)who married the baronet Clifford Chatterley (Matthew Duckett), who left for the First World War shortly after the wedding.

The man, who has returned from the war disabled and impotent, decides to move with Constance to the countryside; in his estate, he begins to withdraw more and more into himself and to deprive his wife of any affection. The couple’s life continues in monotony, until Cliffordpressed by the family, not proposes to Constance to find a lover, in order to be able to give him an heir. Troubled by that conversation, the woman hires a caregiver for Clifford, so that she can finally enjoy some freedom outside that sad and silent house. The protagonist thus discovers new sides of her character, and begins a relationship – passionate, exciting – with the charming Oliver Mellors (Jack O’Connell), the gamekeeper of the estate.

If you enjoyed the new adaptation of The lover of Lady Chatterleywe offer you a list of 10 similar movies to see all in one go.

Directed by Joe Wright and based on the novel of the same name by Ian McEwan, the film is set in England in 1935. The thirteen year old Briony Tallis (a very young girl Saoirse Ronan) lives in the rich estate of his family, together with his parents, older sister Cecilia (Keira Knightley)the governess and the son Robbie (James McAvoy).
Brionydue to the immature naivety of his childhood, mistakes an act of love between Cecilia and Robbie for an episode of violence. Robbieunjustly accused of raping not only his beloved, but also his cousin, he gets arrested. This dramatic event separates Cecilia and Robbie for life, and the film traces Briony’s journey in atonement for that mistake.
The passion between Cecilia and Robbie reflects the kind of love between Lady Chatterley and Oliver. Feelings between two people belonging to different social classes, which are interpreted by those unrelated to that relationship as simple whims or a momentary passion.

Atonement is available on Sky and Now TV

2. Away from the madding crowd (2015): the perfect film if you liked Lady Chatterley’s Lover

Based on the novel of the same name by Thomas Hardythe film follows the story of the young woman Bathsheba (Carey Mulligan), torn between the attentions of three suitors. The protagonist is independent, she doesn’t need a husband to support herself, and this offers her the possibility to live according to her own rules. But, like Lady Chatterley, Bathsheba will have to make her choice and face the consequences.

Away from the madding crowd is available on Disney+

Transposition of 1992 of the famous novel by Emily Brontë, with protagonists Ralph Fiennes and Juliette Binoche. How ne Lady Chatterley’s lover, again class barriers – between the well-to-do Catherine and the orphan Heathcliff – play a fundamental role in a turbulent love affair. Wuthering Heights well represent the indomitable passions that can upend the lives of all of us.

Directed by Eva Husson, Secret lovewhose original title is mothering sunday, brings to the screen the homonymous novel by Graham Swift (2016). In 1924, on Mother’s Day, Jane Fairchild (Odessa Young), maid of humble origins, awaits her lover secret, while the whole family she works for is out on an outing. The man that the protagonist eagerly awaits is the wealthy Paul Sheringham (Josh O’Connor), betrothed to a girl of his own social class. A series of unpredictable events will change the course of Jane’s life forever.
Even in Eva Husson’s feature film the details that enhance the pleasure and discovery of sex are a fundamental part of the story, as is the relationship between employer and servant.

We offer another jewel of Joe Wright, who brings the adaptation of the immortal to the big screen Jane Austen, Pride and Prejudice. The love story between the witty young woman of humble origins, Elizabeth Bennet (Keira Knightley)and the rich and taciturn Mr Darcy (Matthew Macfadyen) is among the most famous in English literature. Albeit in decidedly more ironic and sparkling tones than the feature film by Laure de Clermont-Tonnerre, also Wright’s film navigates along intricate relationships between characters belonging to very different social classes.

Biopic directed by Susanna Nicchiarelli, Miss Marx tells the life of Eleanor, nicknamed Tussy, daughter of the famous German philosopher and economist Karl Marx. The film traces the most significant stages of Tussy’s life: the death of her father, the fight for women’s rights, the abolition of child labor and the troubled relationship with the socialist and playwright Edward Aveling. Nichiarelli’s film has in common with Laure de Clermont-Tonnerre’s film the desire to create a work with a feminine gaze, in which the protagonist seeks her freedom – hampered by an emotionally toxic husband – by breaking social expectations and conventions.

Directed by Terence Davies, the film is an adaptation of the play of the same name by Terence Rattigan. The story follows the events of Hester (Rachel Weisz), wife of a judge, prominent member of the English high court. The woman leads a contented and comfortable existence, following the expectations of the people belonging to her circle of acquaintances. However, the meeting with a former pilot of the real air force will change her radically. The two will begin a passionate relationship, which will have an irreversible effect on Hester’s life and marriage. The film deals with themes such as infidelity and irrepressible passion, similar to Lady Chatterley’s lover.

In Hal Ashby’s film, housewife Sally (Jane Fonda) tries to get used to living alone after her husbandCaptain Bob, left for Vitnam. The woman tries to shake off the label of the “captain’s wife”, she is determined to be more independent: she makes new friends and volunteers as a nurse in a hospital for veterans from Vietnam; here meets Luke, a former soldier who was paralyzed, with whom he begins a love affair. However, when Bob returns home, Sally will have to decide which of the two men to have her by her side. Hal Ashby’s film focuses on infidelity and the excitement of a new romance, but also explores the theme of the loneliness of many people in the post-war period.

Inspired by the novel by Patricia Bosworth Diane Arbus: A biographythe film is an imaginary portrait of American photographer Diane Arbus.
Diana (Nicole Kidman) she is the wife of a photographer and mother of two little girls. The woman, intolerant of social privileges and conformisms that condition her life and force her to suffocate her emotions, will find the courage to rebel against an empty and ordinary existence in the encounter with Lionel Sweeney, an eccentric man suffering from hypertrichosis (localized increase in body hair) and hidden behind a mask. Her relationship with Lionel reveals an extraordinary world to Diane and will give her the strength to hold the camera to tell the stories of the marginalized, the freaks.
Like Constance, Diane faces an inner journey that leads her to embrace her true personality, rebelling against emotional submission to a husband who doesn’t understand her, and finding new life in an authentic and passionate relationship.

We conclude this list with another film starring Emma Corrin, My Policemandirected by Michael Grandage. Emma plays Marion, wife cheated on by Tom (Harry Styles), a young police officer in a homosexual relationship with Patrick (David Dawson). Again, the protagonists try to adapt to the conventions and dictates of society, forced to hide their feelings.

My Policeman is available on Amazon Prime Videos

David Martin is the lead editor for Spark Chronicles. David has been working as a freelance journalist.
Previous “In America they will make a film about my life” • TAG24
Next Gossip Girl, interview with Joshua Safran