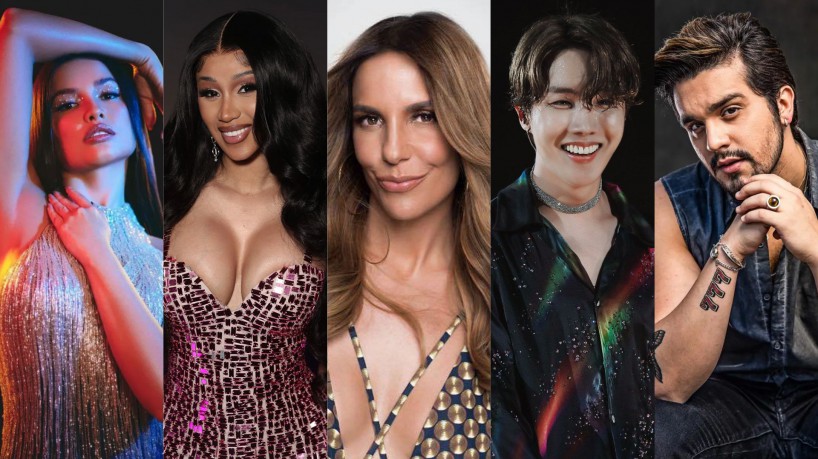 10 songs for the weekend; with Juliette, Djavan, Cardi B and J-hope

Tired of listening to the same songs? O Life&Art weekly brings together the main music releases. This Friday, July 1st, there is music by Juliette, a partnership with Cardi B, Kanye West and Lil Durk, a new EP by Ivete Sangalo, a video by J-Hope, from BTS, and the release of Luan Santana.

After “Solar” and “Cansar de Dançar”, Juliette released a new single: “Xodó”. The track is produced by the duo Hitmaker and brings a romantic touch.

Alongside Kanye West and Lil Durk, Cardi B released the track “Hot Shit”. The song brings elements of rap and trap and the cover of the single earned the singer comparisons with Inês Brasil. Cardi even reacted and called the Brazilian her “lost sister”.

Veveta has new work in the area. “Macaco Sessions” is the singer’s new EP, which brings together three tracks, including a partnership with Tierry.

BTS’ J-Hope has released the music video for “More”. The rock single is the first from the album “Jack In The Box”. In the new project, the rapper stated that he intends to show a darker side, different from what he did in other works.

Luan Santana released the third EP from the album “Luan City”. The project is titled “Alameda Bruna Santana”, in honor of her sister.

Claudia Leitte released the first part of the live album “Prainha da Claudinha”, recorded in the interior of São Paulo. There are 4 tracks, including the already released “Dengo Meu”, a partnership with Juliette and Lucy Alves.

After four years without new releases, Djavan released the track “Num Mundo de Paz”. The song will be part of the singer’s new album, titled “D”.

This Friday, the 1st, singer Lu Fossi released her new single “Quando Eu Aparer Namorando”. The track is the first from the artist’s recent EP to be made available to fans and marks the beginning of her solo career resumption.

Haikaiss, Sobs, Sueth and Duzz teamed up to release “Intimida”. In the track, the artists rap about the presence they exert at their shows and how intimidating they are when they sing their compositions.

10. Zeeba, Mariana Nolasco and Pedro Calais – Your yes, but no

The voices of Zeeba, Mariana Nolasco and Pedro Calais come together in “Teu sim, mas não”. The track is the last single from Zeeba’s “Tudo Ao Contrarário” project, released in March and which already has more than 25 million streams on digital platforms.

Videogames entered his life in the late '80s, at the time of the first meeting with Super Mario Bros, and even today they make it a permanent part, after almost 30 years. Pros and defects: he manages to finish Super Mario Bros in less than 5 minutes but he has never finished Final Fight with a credit ... he's still trying.
Previous Charlie Higson lashes out at the dull James Bond
Next ‘Sweetest Popcorn’ in disbelief with Kim Kardashian’s daughter’s birthday party: “Shit for this…”