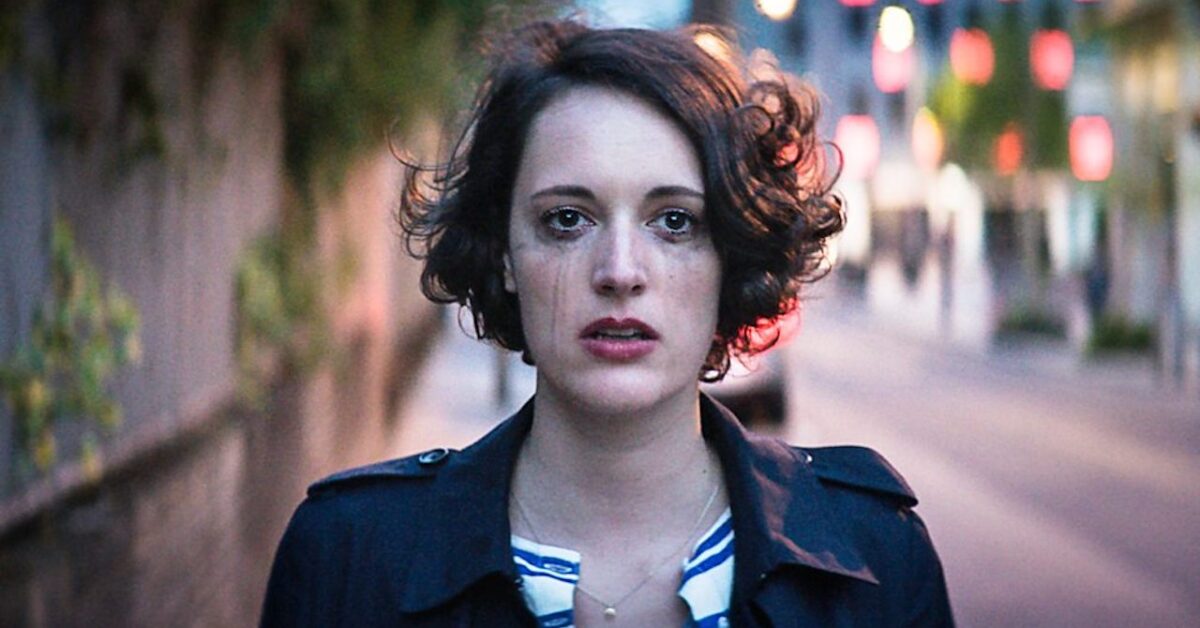 Some of the best TV series in circulation arrive in Italy on Prime Video, Amazon-branded streaming service that offers viewers a wide range of original and non-original products. In the Amazon Prime Video catalog we move from fantasy to horror, from comedy to action: a mix of contents capable of entertaining even the most difficult public, mostly offering well-made TV series, drawn from epic sagas or elaborated by the best Italian and non-Italian creators. But among the Prime Video TV series there are certainly also successful game shows such as LOL – Who laughs is out, able to keep glued to the armchair. In our list, always updated, we will try to suggest the best TV series to watch on Prime Video. Are you ready?

Based on the novel by Philip K. Dick (The swastika on the sun), The Man in the High Castle consists of four seasons, for a total of 40 episodes. Conceived by Frank Spotnitz for Amazon Studios, the series takes us into a surreal world in which Hitler won the Second World War, making Germany the greatest power that, with the atomic bomb in hand, controls part of the United States in conjunction with Japan. , while the resistance is concentrated in the Rocky Mountain area.
A series loved by critics and audiences, which plays between true and fictional history using a cast composed of Alexa Davalos, Rupert Evans, Luke Kleintank, DJ Qualls, Joel de la Fuente, Rufus Sewell, Chelah Horsdal, Brennan Brown, Callum Keith Rennie , Bella Heathcote, Jason O’Mara, Giles Panton, Aaron Pearl.

Created, written and performed by Phoebe Waller-Bridge, Fleabag and produced by Two Brothers Pictures for the BBC Three digital channel in a co-production agreement with Amazon Studios, Fleabag is made up of a total of twelve episodes spread over two seasons, aired between 2016 and 2019. The series has garnered several awards, including four Emmy Awards and two Golden Globes.

Set in London, the series follows the story of the protagonist Fleabag (Phoebe Waller-Bridge) and her existence gripped by mourning, by a job that is not at all booming, just like her love life, enlivened by frenetic sentimental experiences. and sexual. In short, the situation in which any millennial could find himself, told with clarity and with an ironic and pungent drama.

Created by Amy Sherman-Palladino The Marvelous Mrs. Maisel revolves around the exciting life of the protagonist who gives the series its name, played by Rachel Brosnahan.
Winner of five Emmys for Best Comedy Series, Best Actress in a Leading Role, Best Supporting Actress, Best Screenplay and Best Director, and three Golden Globes, The wonderful Mrs. Maisel uses a brilliant and over the top writing to tell the story of this Jewish housewife who in 1950s New York decides to become a stand-up comedian.

John Krasinski is CIA agent Jack Ryan in the TV series created by Carlton Cuse and Graham Roland and based on the works of Tom Clancy.
The protagonist of the acclaimed Prime Video series is a second lieutenant in the navy with a degree in history. Over the course of the episodes we see his rise within the secret services, entangled from time to time in a series of missions ranging from terrorist acts to humanitarian crises.

Jack Ryan, currently consisting of a total of three seasons, knows how to entertain the lover public of the character born from the mind of Clancy thanks to the well-known action and spying actions in which it involves viewers from time to time. The skill of the cast should not be underestimated, in which, in addition to the aforementioned John Krasinski, Abbie Cornish, Wendell Pierce, Noomi Rapace, Michael Kelly stand out.

Fight against superheroes who abuse their powers. This is the mission of a ramshackle group of ordinary human beings, intent on getting those corrupt and dishonest stars off the pedestal, whose power exceeds that of politicians and celebrities. To do this, however, they use very unorthodox ways, in a mix of violence and sex that manages to keep glued to the screen, desecrating those superheroes dedicated to the homeland and to the people that cinema and TV often offer us and approaching such individuals not to what we would like them to be but what they probably would be, if they really existed. The Boys thus overturns the common Marvel and DC narrative (just to mention the most famous productions) to slap us with a bit of healthy truth, giving us noteworthy villains and without forgetting to make us smile.

Created by Raphael Bob-Waksberg And Kate Purdy (known to be the signatures behind BoJack Horseman), Undone it tells in animated form (with the rotoscope technique) the story of Alma, a woman afflicted by the loss of her father, but who unexpectedly finds herself having some kind of superpower. After an accident, in fact, he discovers that he is able to travel in time, a skill that he will put into practice to discover the mystery linked to the death of his parent, not without complications in his personal life, in a journey between dream and reality that makes you love. series. To lend the face to the protagonist the actress Rosa Salazarwhile other interpreters include Bob Odenkirk (who is also producer of the series), Angelique Cabral, Costance Marie, Siddharth Dhananjay And Daveed Digs.

Written and produced by Sara Goodman and based on the 1973 novel of the same name by Lois Duncan, the tenn drama series starts from the same premises as the 1997 film, recounting the events that take place a year after the car accident that turned life upside down. of a group of teenagers celebrating their graduation. A brutal killer is stalking them, ready to make them pay for that fateful night. In the cast Madison Iseman (Annabelle 3) in the double role of the twins Allison and Lennon, Brianne Tju (47 meters – Uncaged), Ezekiel Goodman, Ashley Moore And Sebastian Amoruso.

Read also I Know What You Did: Review

Directed by Michele Alhaique, Giuseppe Bonito and Margherita Ferri, the Italian TV series conceived by Andrea Di Stefano and inspired by the autobiographical novel by Marisa Merico entitled The untouchableis a coming-of-age story in which the crime style converges to the sound of violence and irony, all sprinkled with an enthusiastic pop graphics in full 80s style.
After all, it is in the Milan of these years that the story of Alice unfolds, a shy teenager who lives with her mother, convinced that her father is dead, until she discovers that he is still alive, tied hand and foot to the ‘Ndrangheta. This news will represent for her a real revelation, a descent into the hellish world of crime, which fascinates her and changes her, bringing her closer to that parent she thought she had lost forever.

Beautifully interpreted by Arianna Becheroni, Adriano Giannini, Antonio Gerardi, Dora Romano, Lucia Mascino And Giuseppe De Domenicothe series wisely mixes the entrance into the adult world with the discovery of a completely different world than the one known by Alice, underlining the passage and the change also through photography and the soundtrack.
Bang Bang Baby it is an Italian product that smells of contamination in which the light heart of a girl and the shrewdness of a criminal family are inextricably linked.

Inspired by the mammoth work of JRR Tolkien, The Rings of Power brings the heroic legends of the mythical Second Age to the small screen for the first time, bringing to our attention a Middle-earth different from the one seen in Peter Jackson’s film trilogy; a world that faces Evil for the first time.
Created by JD Payne and Patrick McKay, the TV series takes us thousands of years earlier than the events told in The Hobbit And The Lord of the Ringsin the era when the rings of power were forged, kingdoms fell into ruin and Sauron began to threaten peace.
For the realization of The Rings of Powerwhich he sees in the cast Cynthia Addai-Robinson, Robert Aramayo, Owain Arthur, Maxim Baldry, Nazanin Boniadi, Morfydd Clark, Ismael Cruz Córdova, Charles Edwards, Trystan Gravelle, Sir Lenny Henry, Ema Horvath, Markella Kavenagh, Tyroe Muhafidin, Sophia Nomvete, Megan Owen, Lloyd Owen Richards, Dylan Smith, Charlie Vickers, Leon Wadham, Benjamin Walker, Daniel Weyman and Sara Zwangobani, Amazon spent a budget of around $ 715 million (for only eight episodes of the first season). A figure that is revealed in sound effects and truly breathtaking scenic scene, able to make us travel from the Misty Mountains to the majestic forests of Lindon (the capital of the Elves).

Mostly received positively by critics and the public, the series has however also found negative opinions, remaining however in the Olympus of the most viewed TV series.

Read also The rings of power: review of the TV series

Set in Latina, Prism develops around the story of the twins Marco and Andrea (to whom only Mattia Carrano lends his face), identical only in appearance, thus opening the door to a cognitive path made of joys and sorrows in which the password is fluidity, the same one that also invades the style of the TV series, making the viewer understand how fleeting the world, the people, the ideas is. Presented in world premiere Out of Competition at the 75th Locarno Film Festival, the series has many advantages, including that of making us understand how essential it is to face current events (with all the peculiarities inherent in it) without too many frills, underlining how normal it is also what for many is still abnormal.

David Martin is the lead editor for Spark Chronicles. David has been working as a freelance journalist.
Previous Water bomb in Irpinia, in Montella rivers of mud carry away the stands of the Chestnut Festival
Next Abarth: the range is renewed