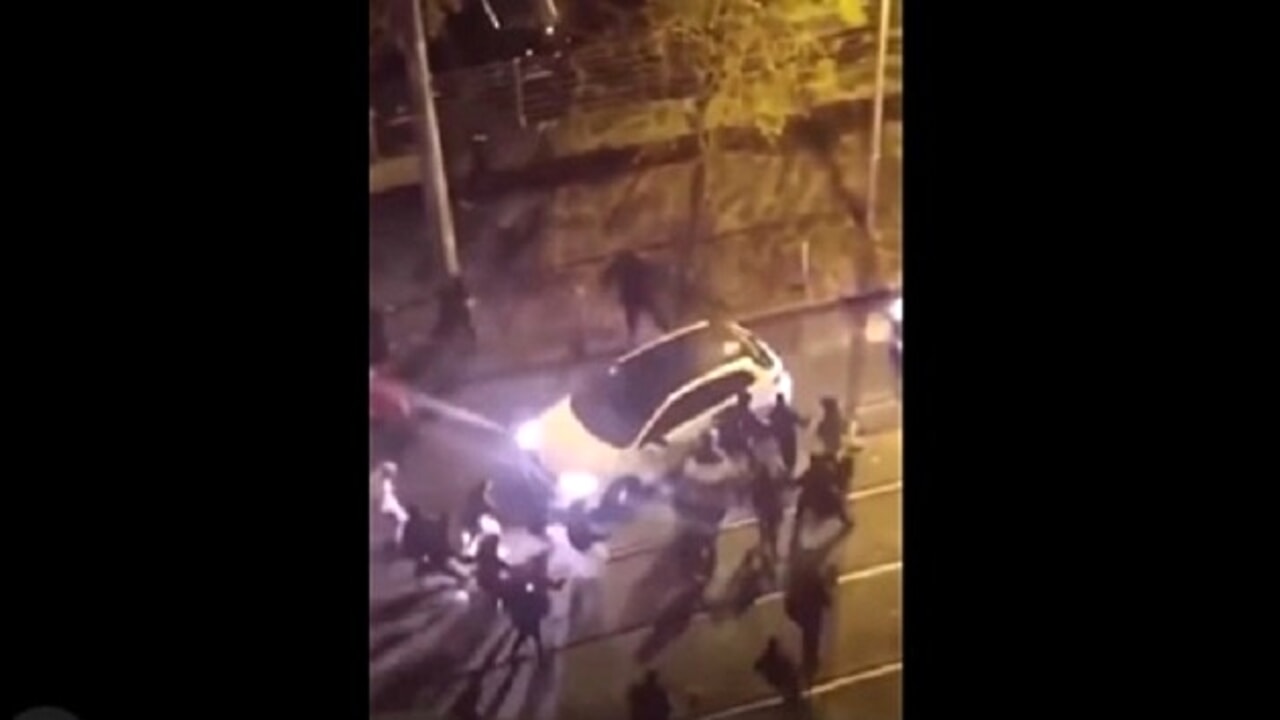 A 14-year-old boy has died after being involved in clashes between fans in Montpellier after the semi-final of the France-Morocco World Cup. The teenager was hit by a car. This was announced by the prefecture of Herault. 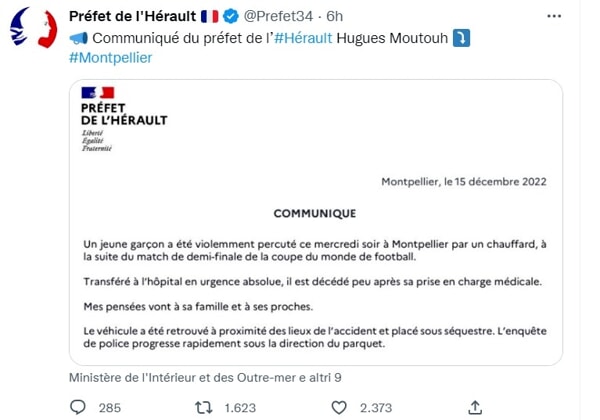 After the match in Qatar – won 2-0 by France who will go to the final with Argentina – there were clashes in Montpellier between Moroccan and Les Bleus fans. A video posted on Twitter shows the moment of the accident: the surrounded car accelerating and the teenager falling under its wheels. The motorist has escaped and is wanted. Investigators only found the vehicle.

From the prefecture of Herault, they explain that the boy was transferred to the hospital in code red, but died shortly after. 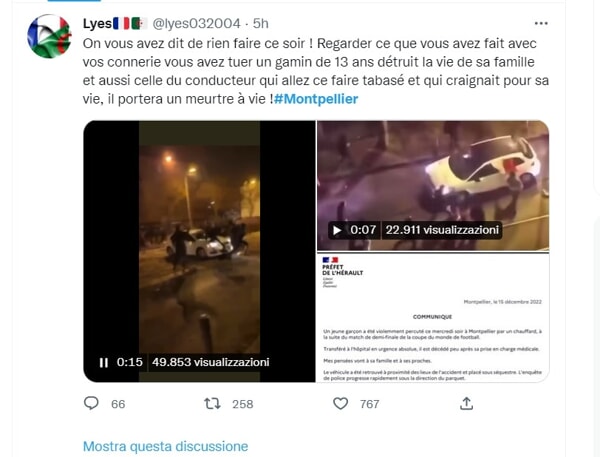 Precisely for fear of possible clashes between fans, the French Interior Minister had ordered the mobilization of ten thousand policemen and gendarmes throughout the country with 2,200 men deployed in the capital alone. Instead, prefects were mandated to carry out inspections of common areas, such as basements and roofs, in neighborhoods that have experienced accidents in the past.

All the news on Today.it

David Martin is the lead editor for Spark Chronicles. David has been working as a freelance journalist.
Previous Everything Everywhere All at Once leads the Critics Choice Awards Film 2023 nominations
Next Beautiful Ana De Armas shows off her new look next to Chris Evans