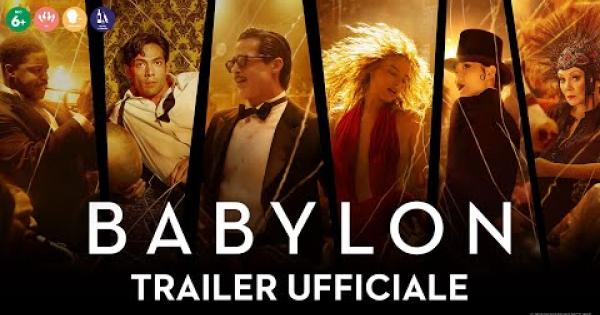 2023: the most beautiful films to come

2023 promises to be full of films not to be missed. Here are some of the most anticipated movie releases.

We start in January with “Babylon” by Damien Chazelle (Oscar winner for “La La Land”). History of the glamorous and decadent Hollywood of the 1920s. Starring Margot Robbie and Brad Pitt.

“Tar“, due out in February, centers on the conductor Lydia Tár, played by a great Cate Blanchett. The film tells of power and manipulation, cruelty and charm.

Always in February comes “Empire of Light” by Sam Mendes, with Olivia Colman and Colin Firth. Set in 1980s England, the film talks about the beauty of music and cinema.

“Armageddon Time“, due out in March, stars Anne Hathaway, Anthony Hopkins and Jessica Chastain. It’s the story of a friendship between two kids from different social backgrounds in Reagan-like America.

Out in June”Indiana Jones and the wheel of fate“, fifth film in the saga dedicated to Indiana Jones. The film is set in 1969 against the background of the space race. Interpreters Harrison Ford and Antonio Banderas.

Also in July it’s coming out “Oppenheimer” by Christopher Nolan, with Cillian Murphy, Emily Blunt, Matt Damon and Robert Downey Jr. A historical thriller about the life of scientist J. Robert Oppenheimer, the physicist in charge of the Manhattan Project, which gave birth to atomic energy.

December is the month of “Wonka“, yet another film, after those starring Gene Wilder and Johnny Depp, based on the best seller by Roald Dahl “Charlie and the Chocolate Factory”. This time in the lead role is Timothée Chalamet.

David Martin is the lead editor for Spark Chronicles. David has been working as a freelance journalist.
Previous Angelina Jolie spotted with Paul Mescal. Work projects in sight for the two actors?
Next The best movies about romantic love