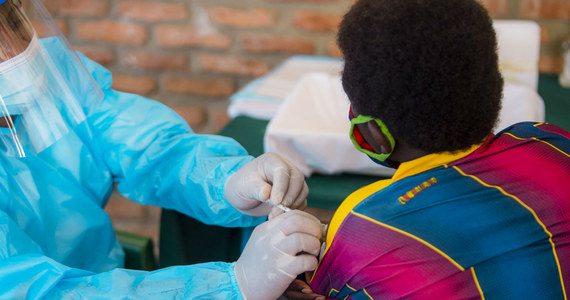 – Another batch of vaccines is sent by our country as a gesture of solidarity, 300,000 Astra Zeneca vaccines will go to Rwanda – the deputy head of the Ministry of Foreign Affairs announced during the conference at the cargo part of the Okęcie airport.

He stressed that Rwanda is one of the African countries with the highest levels of vaccination and is able to absorb vaccines very quickly.

The deputy head of the Ministry of Foreign Affairs noted that Rwanda has recently opened its embassy in Poland. He noted that Polish entrepreneurs are interested in investments in the Rwanda market, especially in the cybersecurity sector, the steel industry and the area of ​​smart cities.

Szynkowski vel Sęk stressed that Poland had already donated vaccines, incl. to Egypt, Kenya, Georgia, Ukraine, Montenegro, North Macedonia and many other countries. – This shows that this solidarity is not only declared solidarity, but is solidarity put into practice – said the deputy head of the Ministry of Foreign Affairs.

The President of the Governmental Agency for Strategic Reserves, Michał Kuczmierowski, added that so far about 15 million doses of the vaccine have left Poland. They were either donated or sold. At the moment – as he noted – another 4 million doses are being processed.

The Ambassador of Rwanda, Anastase Shyaka, thanked the Poles and the government for this gesture of solidarity, saying that it was a proof of friendship between the two countries.

He said that currently around 36 percent are vaccinated in Rwanda. adult people, including approx. 21 percent. fully. – We would like to vaccinate up to 70 percent. our population by the end of June 2022 – added the Rwandan ambassador.

Miller in “Guest of the Events” about the Polish parliament: In Poland, the opposition is traitors
Polsat News

Videogames entered his life in the late '80s, at the time of the first meeting with Super Mario Bros, and even today they make it a permanent part, after almost 30 years. Pros and defects: he manages to finish Super Mario Bros in less than 5 minutes but he has never finished Final Fight with a credit ... he's still trying.
Previous Kamil Stoch is the best Pole again. Stefan Kraft has flown away
Next PS5 owners are more likely to buy boxed games. The prices from the PlayStation Store incline to physical distribution