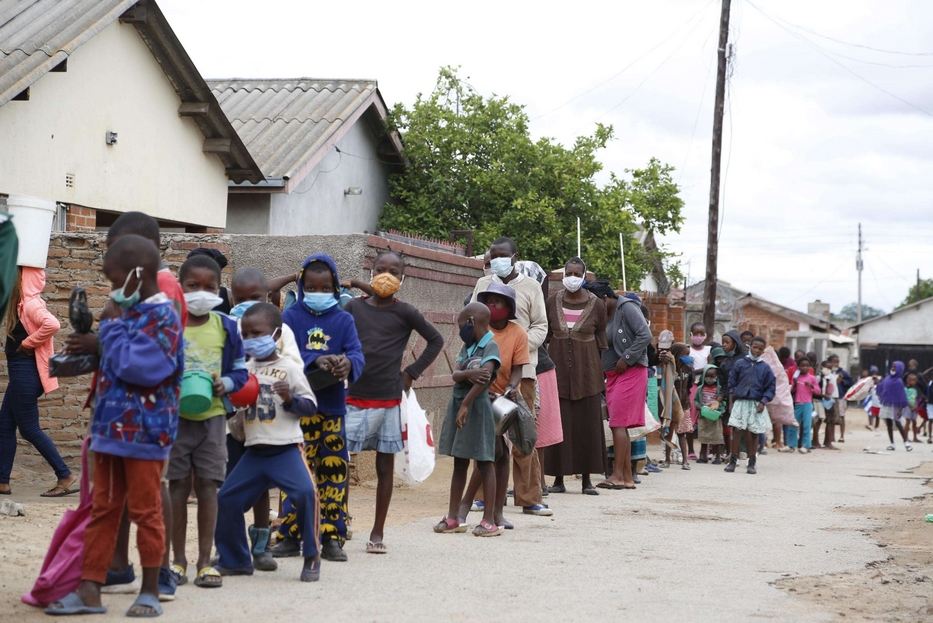 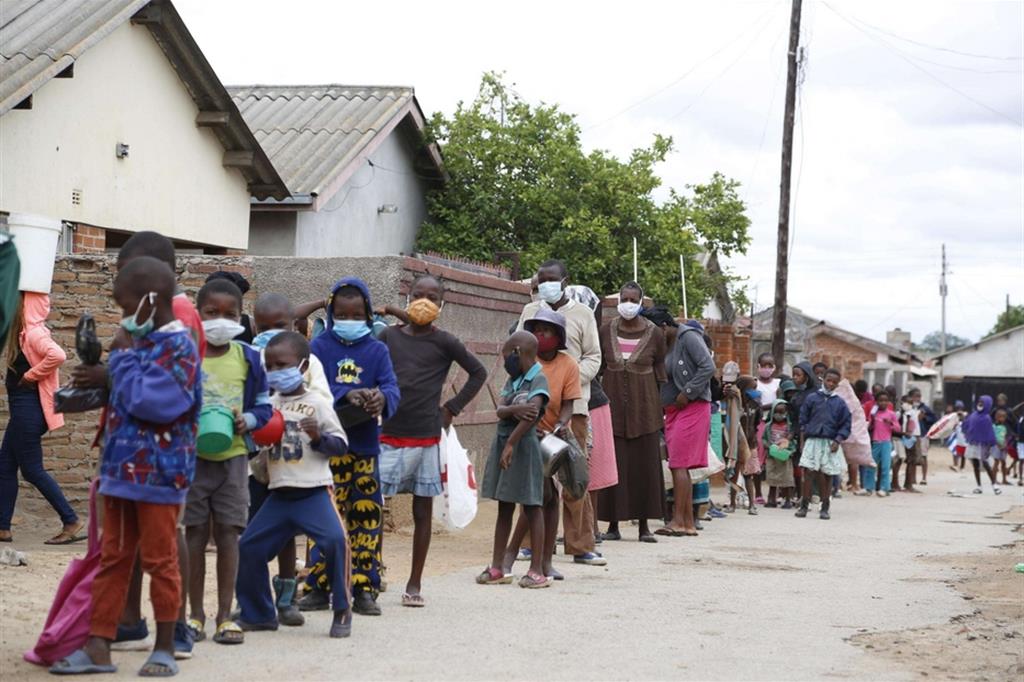 Adults and children line up for a food ration in the town of Chitungwiza: Zimbabwe has now become one of the poorest countries in Africa – Ansa

The drama within the drama. An emergency that causes another emergency in Africa that is suffering, like a dog chasing its tail in one of the poorest realities with devastated health infrastructures. “A measles epidemic killed more than 700 children and infected thousands of others throughout Zimbabwe, highlighting the risks of easing child immunization campaigns “, reports the” New York Times “website specifying that, as of 6 Septemberthe latest available survey, the ministry of health and childcare of the southern African country had registered over 6,500 cases and 704 deaths since the beginning of the year.
Routine immunization decreased significantly in Zimbabwe during the Covid-19 pandemic: parents stayed away from health centers, workers were shifted from usual vaccination programs to coronavirus programs, and long confinements left them shipwrecked. awareness campaigns. In July, the World Health Organization and Unicef ​​warned that millions of childrenmostly in poorer countries, they had missed some or all of their childhood vaccinations due to Covid, armed conflict and other obstacles.
The two UN agencies called the situation the largest setback in routine immunization in the past 30 years and warned that, combined with rapidly increasing rates of malnutrition, the phenomenon has created conditions that could ‘threaten the lives of millions. of children “, still remembers the “New York Times”. Vaccination coverage in Zimbabwe had already been falling since 2017 due to a decade-long political and economic crisis that devastated the public health system.

Videogames entered his life in the late '80s, at the time of the first meeting with Super Mario Bros, and even today they make it a permanent part, after almost 30 years. Pros and defects: he manages to finish Super Mario Bros in less than 5 minutes but he has never finished Final Fight with a credit ... he's still trying.
Previous Di Maio defeated: the former grillino disappears from Parliament
Next to Verissimo the emotions of marriage