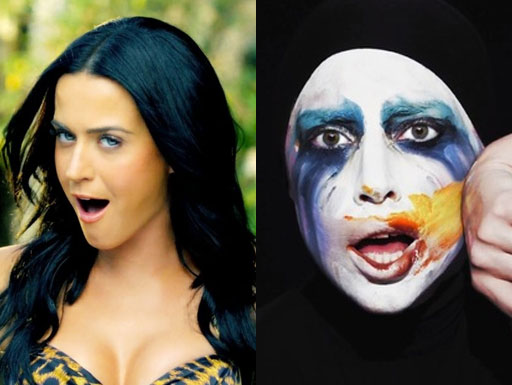 9 years ago a dispute between katycats and little monsters took over the internet! It’s just that in the same week, back in 2013, Katy Perry released “Roar” and shortly after came Lady Gaga with “Applause”. The proximity of the releases boosted a gigantic feud between the two fandoms, which ‘virtually grappled’ to defend and surpass the numbers on the music charts at the time. Do you remember?

“Roar” and “Applause” were released two days apart, on August 10 and 12 respectively. The mood was to follow in real time each number, each rise or fall on Billboard and iTunes. All this marked a lot and became one of the great moments of current pop, with wide access to the internet, which made the subject one of the most talked about.

It is like Katy Perry and Lady Gaga stayed in this story? The two singers had great achievements with the songs and, at times, made a point of proving that there was no rivalry despite all the commotion. The enmity between the fans, however, extended and served as fuel for the creation of memes.

There are even people who see the fight between the katycats and little monsters as a ‘watershed’ in this culture of internet jokes and pranks.

2013 was awesome because that was when memes started to popularize because of applause, roar and work bitch kkk lotus tour
just wait until dawn the guy will be #1, next att the #1 of work bitch will come, the bug is big

Well, nine years have passed and many netizens have decided to remember the “ROAR X APPLAUSE” bullshit on Twitter. Check out the backlash:

Why watch “Avengers: Infinity War” if I watched Roar vs. Applause?

This ‘Roar x Applause’ tour was so iconic, only those who lived it know. I think because it pierced the bubble, it went further. At the time, throughout the week, several articles were published in these international vehicles, bets kkkkk NINE YEARS already…

Only the widows of the big moment that was “Roar vs. Applause” https://t.co/EC7AJcxGJr

i was there in the roar vs applause fight… katycats vs little monsters… in the trenches… making memes making fun of prism and posting on ldrvpic.twitter.com/dkpgHC5Tio

Videogames entered his life in the late '80s, at the time of the first meeting with Super Mario Bros, and even today they make it a permanent part, after almost 30 years. Pros and defects: he manages to finish Super Mario Bros in less than 5 minutes but he has never finished Final Fight with a credit ... he's still trying.
Previous Elections 2022, out of office still without a vote: 5 million “forced” abstentionists forgotten by politics. “The only ones in the EU without law, the new Chambers do it immediately”
Next In this Italian city, bills cost half as much as they do