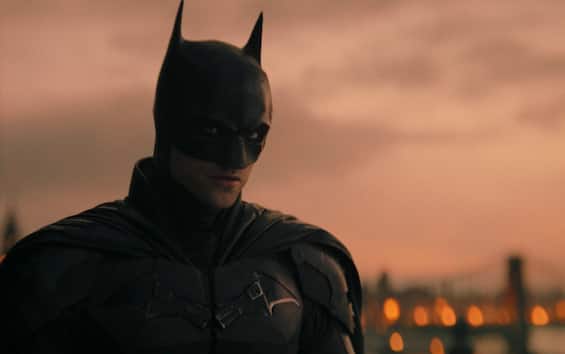 An interesting making of of Matt Reeves ‘film shows the so-called “The Volume” technology, an innovation that has changed the perception of the image and of the scene itself, primarily for the benefit of the actors’ identification. After the great innovation of Stage Craft that takes the place of the green screen (introduced by “The Mandalorian”), in the film starring Robert Pattinson there are many other innovations regarding the way to show the backgrounds of the scenes

An interesting making of of The BatmanMatt Reeves’ film starring Robert Pattinson as the Dark Knight.

The behind-the-scenes video shared on YouTube in these hours shows the effects characterized by such an innovative technology that it has changed the perception of the image and the scene itself.

After the great innovation of the Stage Craft, which takes the place of the green screen after being inaugurated on the set of The Mandalorian – in the film starring Pattinson there are many other innovations regarding the way to show the backgrounds of the scenes.
However, we start from the great introduction of the “Mandalorian” technology, the one that allowed the director to create Gotham City in an irreproachable and convincing way not only for the spectator but first of all for the actor.

If the acting with the green screen is in fact anything but engaging and immersive for the cast, who find themselves having to act in front of a green screen with a bare set, relying solely and exclusively on their own imagination and talent, this time the rules of the game change.

Reeves in the video tells what he had already mentioned in several interviews, namely that much of the credit goes to “The Volume”. This is the name of the new film technology, the one that Matt Reeves has to thank for this spectacular Gotham City. A Gotham City that not only the public can fully enjoy, in the theater, but also the crew and the cast, starting from the set.

The Volume is essentially a combination of 6m tall smart LED panels. This technology is capable of rendering in real time while intelligently responding to camera movements, which allows you to constantly correct perspective, lighting and other essential elements of the scene directly on the panels.

You can watch “The Making Of The Batman” in the video posted on the official HBO Max channel, which you can find at the bottom of this article.

Goodbye to the green / blue screen

The Batman, a video shows how Zoë Kravitz’s Catwoman was born

Before the advent of this new technology inaugurated on the set of The Mandalorian, the film industry has been using greens or blue screens for years. The good old green or blue screens used on the totally bare set made it very difficult for the actors to step into the character … The scenes were then created later with CGI but think about how difficult and frustrating it can be to have to act in a naked environment and empty, made only of a green / blue screen. Getting into the character and the scene was something that really was worth an Oscar …

The Volume LED screen set can finally create any setting and any scene imaginable and possible, making the performances even more Oscar-worthy.

How the new technology works

The Batman, Zoe Kravitz: My Catwoman may be bisexual

To put it in the “for dummies” way, LED screens enclose the actors literally encapsulating them in a rendered world.
The video that you can watch at the bottom of this article shows how this all happens, making it clear how this new technology allows actors to get into the part more easily.

Matt Reeves also underlines how this new invention manages to solve another age-old problem: that of the combination of lighting and “a space that does not yet exist”, according to his words. The use of The Volume makes the surrounding space tangible (at least visible, let’s give it), which not only helps the actors to immerse themselves in the part but also works as a point of reference for the film crew responsible for lighting the set. In short, the benefits that this new technology has brought to the film industry are innumerable. So we say goodbye to the green and blue screen, finally sending them into retirement.

The video with the behind the scenes

The Penguin, the spin-off series will be “a story a la Scarface”

Another thing to consider about The Volume is that the LED screen system itself is so fascinating that it is itself an enticing cinematic subject. It looks like a scene à la Matrix, so to speak: watch the following video to believe it!

In the video that you can watch at the bottom of this article, Reeves tells firsthand what happened behind the scenes of his The Batman.

Producer Dylan Clark also intervenes, showing how the LED screens are structured in an incredible way.

James Chinlund, production designer, introduces us to behind the scenes of the scenes by revealing the tricks of shooting on the road. Greig Fraser, director of photography, shows the audience how images projected on the screens were used.
Also featured in the video are Dan Lemmon, VFX Supervisor, and Jack Brown, Virtual Production – ILM stagecraft. The latter shows the maxi fans scattering water to create a convincing rain effect.

The set is enriched with ingenious devices to move the Batmobile in a highly realistic way. In addition to the technical crew, the actors also have their say: both Jeffrey Wright (who plays the character of LT. James Gordon in the film) and Zoë Kravitz (aka Selina Kyle-Catwoman) tell how this new technology has changed their lives. And the quality of the acting.

You can watch the video below The Making Of The Batmanposted on the official HBO Max channel.

The Batman, the cast of the film with Robert Pattinson and Zoe Kravitz. PHOTO

The Batman is a film directed by Matt Reeves, reboot of the film series dedicated to the DC superhero. Here is the synopsis: “When a killer targets Gotham’s elite, a trail of cryptic clues pushes Batman to investigate the slums, where he will have to forge new alliances, unmask the culprit and do justice to the abuse of power and corruption that have long plagued Gotham City ”. We see actors and characters of the cast

Robert Pattinson plays Bruce Wayne, aka Batman. Wayne is a billionaire playboy who plays the vigilante Batman at night. He will have to deal with the legacy left by his family and the secrets that have been hidden from him

Zoë Kravitz as Selina Kyle / Catwoman, a Gothamite thief with a passion for stray cats, works at the Iceberg Lounge and will help Bruce Wayne in his investigation

Paul Dano is Edward Nashton, the Riddler. Criminal obsessed with puzzles and Bruce Wayne, he will put the Dark Knight to the test by highlighting the secrets of his family

David Martin is the lead editor for Spark Chronicles. David has been working as a freelance journalist.
Previous Katy Perry to star in animated musical film |
Next Jack Harlow says he takes inspiration from Drake and Kanye West