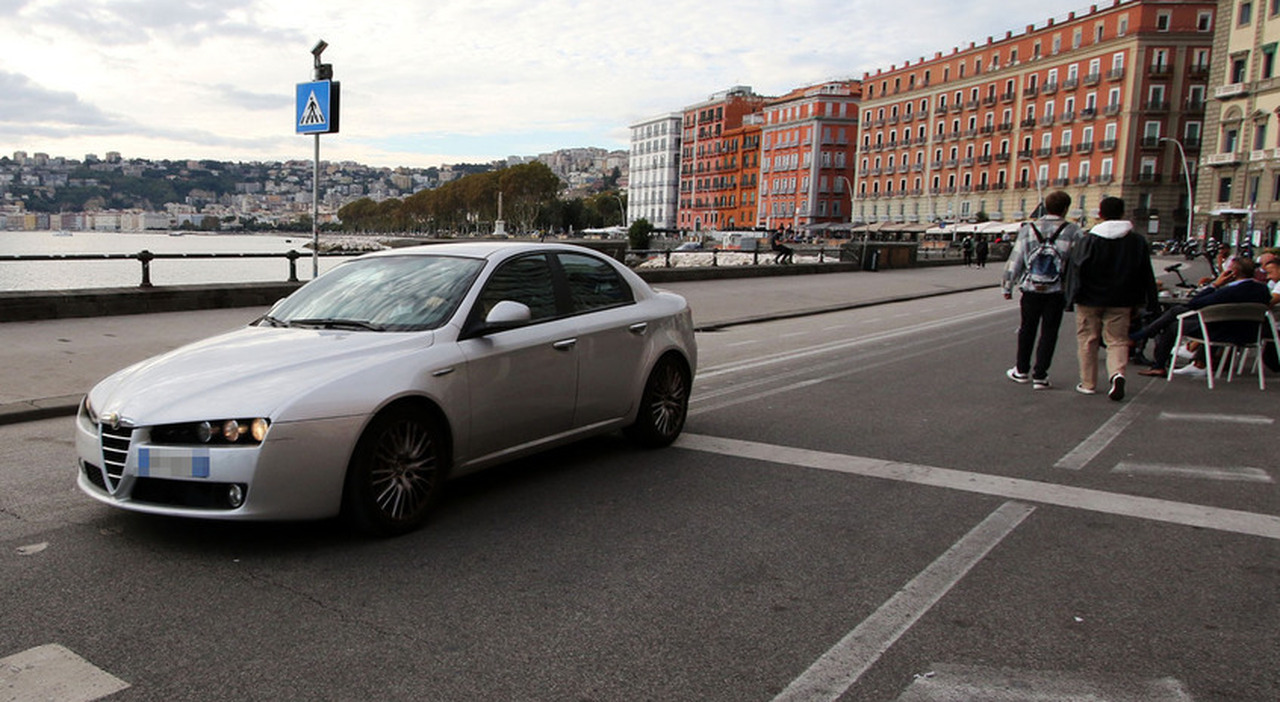 a blue car every five minutes

Via Partenope, the heart of the liberated promenade, is actually an uninterrupted comings and goings of blue car. On weekdays we counted 20, between 8 and 9.30. Having made the necessary calculations, the average is one every 5 minutes. In short, magistrates, politicians and senior officials use the curve of Castel dell’Ovo, the most famous of the city, to evade the traffic of the crazy Neapolitan circulation at rush hour. Stand in line between via Arcoleo, Riviera di Chiaia and piazza Vittoria nobody likes it, of course, but there are those who manage to avoid it. In an hour and a half we also counted two dozen cars of ordinary citizens, the crafty ones of Via Partenope.

Hundreds of them risk a fine and, in the vast majority of cases, even manage to go unpunished. There are also those who take the seafront in the opposite direction, in the direction of Piazza Vittoria. There are intersections, and they are not entirely without risks, considering the hundreds of pedestrians and bikers who use Via Partenope for what, according to the rules, it should be: that is, a pedestrian area. Of electronic gates not even the shadow, and only in one case a police patrol “stopped” the private car that violated the rules. To put it bluntly, anarchy is at home in via Partenope.

We are in the middle of rush hour of office and school traffic. Via Chiatamone, via Arcoleo, via Acton, the Victory tunnel: the whole of Naples in the city is flooded with metal sheets. Thousands of workers who, more or less in a hurry, are on their way to their respective workplaces. On the seafront, however, silence reigns at the same time. There is no honking, no snort is heard. The feeling of peace, however, is only apparent. The cars go by and how. Around 8, one Volkswagen with flashing siren it advances slowly at the intersection with Santa Lucia. Once you arrive in via Partenope, slow down a little more, and then take it in contradiction. Then it proceeds more quickly towards Piazza Vittoria. A few minutes later, the scene repeats itself the same, although this time the siren is off and we are talking about a Jeep.

The free promenade, in the morning, is a parade of vehicles, cars, motorcycles, scooters, trucks, vans and jeeps. In some cases, with all due respect for runners, passers-by and those who, at that hour of the morning, take the dog for a walk, small funnels of cars are created, which also occupy the little remaining space of the cycle path. In short, those who experience the promenade as a pedestrian are forced to use the sidewalk. Just like at the time of the closure due to the collapse of the Vittoria Gallery. We have documented, for example, the case of a BMW heading towards Via Acton that crosses an ambulance (with the sirens off) heading towards the Riviera di Chiaia. There is no shortage of private vehicles that travel along the link road that runs along the islet of Megaride: in the majority of cases they are large-displacement cars. Porsche, x3, Alfa Romeo. Via Partenope, in short, is a preferential one for clever and privileged people.

The freed waterfront has been transformed intopedestrian area in fits and starts. Even after the reopening of the Victory tunnel. In any case, it should be noted that there are vehicles authorized for transit. We speak – as is logical – of ambulances, police forces, Asìa vehicles, trucks or cars used as loading and unloading goods for hotels or restaurants overlooking the Mediterranean (including those of Borgo Marinari, behind of Castel dell’Ovo).

Judging by the great intensity of the vehicular flow, in short, via Partenope should count thousands and thousands of residents. And this is not the case at all. “There is no active camera – continues another trader – Those who pass through here can only be fined if there is a physical control of the traffic police, who however do not guard via Partenope for the whole day. People who choose to pass through here risk a fine, but many do so ». The municipal runs along the waterfront, but there is no fixed patrol. Just as there is no electronic gateway (certainly not impossible to install) that register the license plates of those who pass where they could not. Both factors that make the life of the crafty ones on the seafront easier.

Videogames entered his life in the late '80s, at the time of the first meeting with Super Mario Bros, and even today they make it a permanent part, after almost 30 years. Pros and defects: he manages to finish Super Mario Bros in less than 5 minutes but he has never finished Final Fight with a credit ... he's still trying.
Previous “August was a terrible month, now I will do a great preparation. Black period overcome with the strength of the group”
Next “He’ll put it on at the school prom”