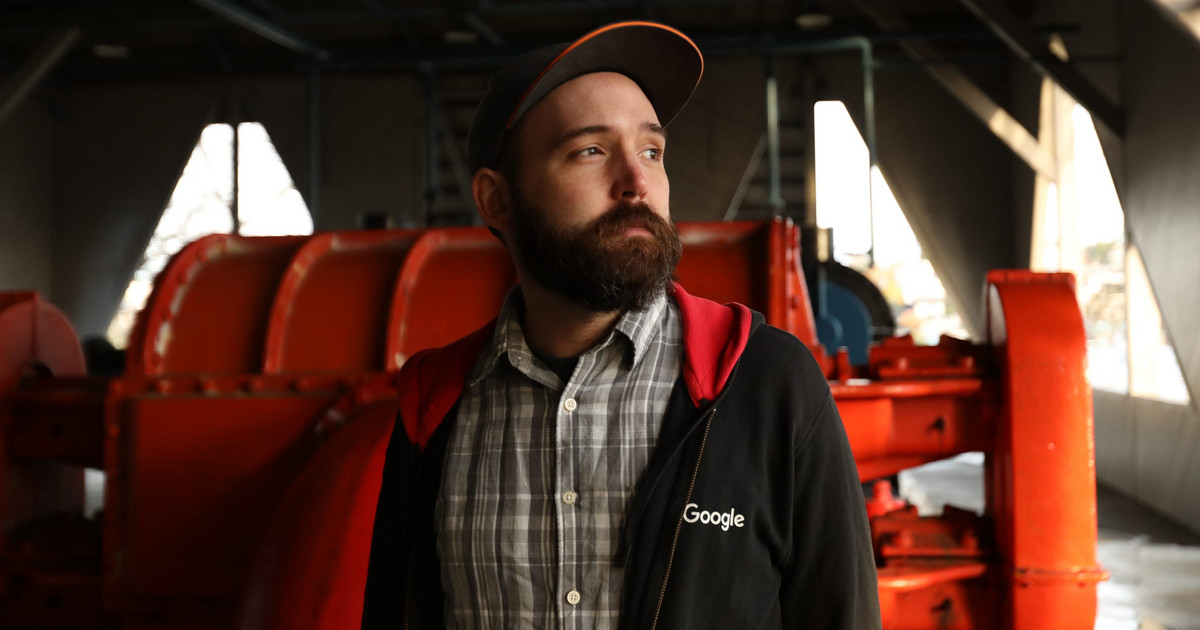 I volunteered for the Google recruitment committee as soon as I was elected. A member of such a body must be a level 5 employee (i.e. a senior employee) and participate in 30-50 job interviews.

The employee’s appearance before the recruitment committee is the penultimate stage of the recruitment process, followed by the signature of the vice president of the company, which is tantamount to the final decision to employ a given person. It is rare for the deputy chairman to make a decision other than that recommended by the committee (although there are also such situations). This means that in the case of most candidates, the effect of appearing before the selection committee is the final element of the decision-making process regarding a given candidature.

However, membership in the recruitment committee was not very popular among employees Google due to the time-consuming responsibilities that came with it. My recruiting activity and community involvement was treated as Google’s “20% of my time” (the rule that allows Google employees to spend one day a week on their own projects) and consumed one whole day of work. Nevertheless, I felt that I had a direct influence on raising the standards of work in the company, which is why I took my duties completely seriously.

In the four years I worked as a Google recruiter, I looked through hundreds of resumes submitted by applicants. In many cases, making a decision was not too problematic, and over the years I have distinguished both good and bad practices.

Here are ways to impress the committee with your candidacy and avoid negative feedback on yourself.

Browsing articles about the recruitment process on the Internet, I got the impression that most people assume that recruiters are trying to ask tricky questions. The reality, however, is completely different.

Before I joined Google, the company was known to get job applicants asking questions like, “How many ping-pong balls will get into the Boeing 747?” Whether or not the candidate answered the right question did not really matter. The recruiters just wanted the person to start reasoning out loud.

Ultimately, however, we came to the conclusion that these types of questions did not help in the effective verification of candidatures, so we decided to abandon this method. We lacked the time to watch the person do the trick to come up with the right answer, while in the same (or less time) period, she could show us her skills. Ultimately, our goal is to get as much information as possible about the person.

Moreover, these types of questions do not help in selecting candidates with different abilities. Instead, we received insignificant comments like “didn’t know what to do” or “yes, she managed to deduce something” that did not provide valuable information.

Tricky questions are good for the candidate, but are of little value to the company.

When the committee was unable to reach a unanimous decision, it was analyzed whether the person’s response was laconic or rather broad.

The appropriate recruitment question has three or four possible answers. This makes it easier to spot the differences between the candidates and assess the value of their answers.

Let’s take an example like this: “Imagine you are working on a URL shortening service. What kind of elements should be included in your system?” This question is useful as it allows the candidate to present all his or her knowledge on the subject. Recruiters hope that in response they will see both detailed and general knowledge of a given field.

See also: Google recruiters tell you how to show your experience in your CV, even if we have not worked anywhere

The general issues include on whether the candidate understands which elements are needed and how they should interact with each other? As a recruiter, I would like to see the full chain of components we need to develop. Does the candidate believe that a database will be needed to store information? What would they like her to look like? Besides, we need several servers. Is this person aware that they are on a higher level one server it is not enough? How are they going to divide the work among team members to avoid conflict situations? It is worth going step by step from the very beginning to the website that the user sees.

In the aspect of detailed questions, the recruiter expects the candidate to present his knowledge about the element he knows best. Nobody is a master in every field. Perhaps a given person was educated towards front-end development and would like to show the approach to the topic from this side. Perhaps the candidate is interested in databases, which will make him feel best in describing this issue. The topics may be different – it is important that the person shows professional knowledge in a specific aspect.

In fact, the candidate does not have to come up with an ideal solution. In fact, few people who have successfully passed the recruitment process have made this trick. As a selection committee, we expect candidates to show why they have taken this approach and that they have detailed knowledge of the topic.

3. Don’t be afraid of creativity

Many people believe that recruiters want you to give a specific answer. It’s not true. As mentioned before, it is possible to give different answers to one question. Some will be better, some will be worse, but what’s most important is the thought process presented.

Several times it happened that a candidate presented a solution that we never knew before. Even if it was not the optimal way to solve a given issue, the innovativeness of the presented solution made us feel excited. These people always moved on to the next stage.

See also: 13 interview questions Google withdrew because they were too difficult

Google assumes that if someone proposes an innovative solution during a job interview, they will also do well in other situations. It is rare for a person proposing something innovative at this point to do average at another moment.

As Google employees, we grapple with new problems every now and then. In many software companies, especially smaller ones, the policy is that the best tools developed so far are selected for the task at hand. Of course, Google works this way as well, but in the end, the company often has to create its own tools necessary to solve problems that no one has dealt with before. This is why innovative thinking is so crucial.

4. Focus on the basics

If you want to stand out from other candidates, you should have some basics on your finger tips. When in progress recruitment interview you get a question about fundamental questions, you shouldn’t think too long about the answer. When I was getting ready to talk about software engineering, I used a very simple book on structures and algorithms. In my opinion, this type of preparation is more than enough.

It’s not that displaying your technical knowledge is a bad thing. We simply wanted the most to find people whose knowledge has a solid foundation. The same applies to placing too much emphasis on the use of perfect vocabulary. This technique is a waste of time and makes you focus on the wrong thing.

Another useful technique for preparing for an interview are trial presentations. Of course, not every candidate knows someone who works in an engineering position at Google who could help them prepare perfectly. However, it is very helpful to practice speaking out loud when you are standing in front of someone and presenting a solution to the issue you have received.

Sometimes, when the candidates were pondering the answer to a question, they did not speak for several minutes. This is a waste of time because the recruiter doesn’t get any signal from you.

Therefore, learning to think out a solution out loud is very important.

We have sometimes rejected applications due to social or behavioral issues. For most of my work as a recruiter, I focused on technical questions, and completely let go of the behavioral ones. In the last year of being a member of the Admissions Committee, we decided to add questions such as: “Tell us about a conflict situation with your colleague or supervisor and how did you manage to resolve the conflict?” or “Have you ever failed? What did she teach you?”

See also: Sundar Pichai talks about his hiring with Google and advises on how to make a career similar to his own

These are important elements of the discussion as they show the true nature of man. Sometimes it turned out that the candidate is a quarrelsome person or cannot cope with criticism.

I cannot say that a person’s personality is irrelevant. Sometimes it happened that there was a conflict of characters between the recruiter and the candidate. Being able to accept comments and listen to the team is what tells us how your collaboration with the team will go. You should be able to cooperate and build positive relationships with almost everyone

There is no one-size-fits-all way to get a job with Google. Likewise, remember that the admissions committee does not want to deceive you. Its job is to offer you a chance to present your best side.

Being able to show that you understand the reasons for making a decision, rather than the empty termination you learned in college, is the biggest difference between the person who will get the job and the rest of the candidates.

He likes dogs, pizza and popcorn. Already a fanboy of Nintendo and Sony, but today throws anything. He has collaborated on sites and magazines such as GameBlast, Nintendo World, Hero and Portal Pop, but today is dedicated exclusively to Spark Chronicles.
Previous Ireland is reinstating some of the restrictions. “The risk associated with entering the holiday season is too great”
Next Arkadiusz Milik problem with Olympique Marseille. “We have to find a supplement” Football