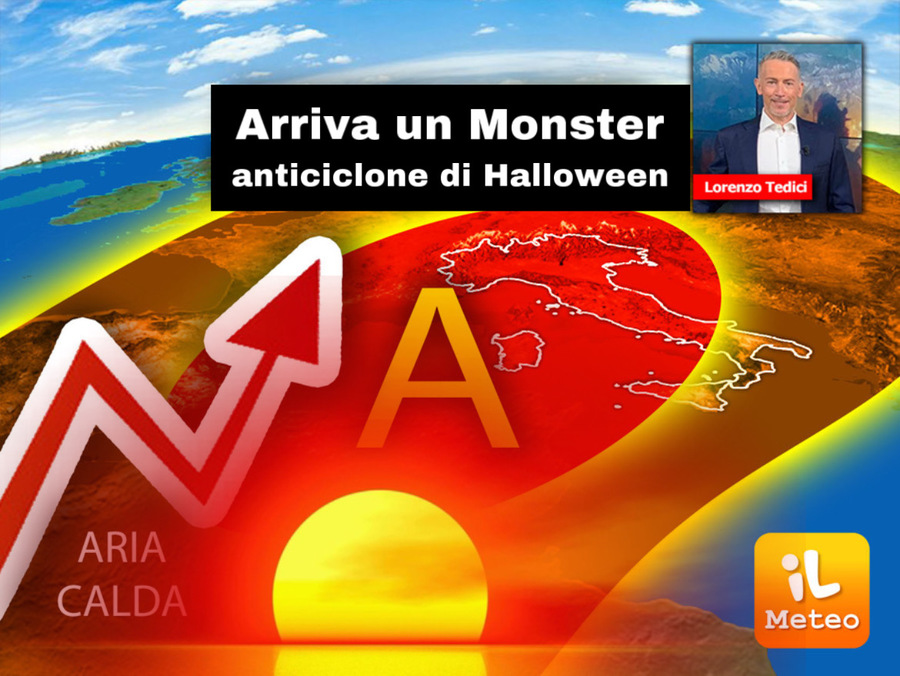 For the first time in history it will be Novembrata; forecastsL’Anticyclone Scipio the African will carry for the whole week the Third Ottobrata with maximum temperatures up to 32 ° C in Sicily and Sardinia, but with peaks of 30 ° C also in Puglia and locally along the Tyrrhenian side; the capital will also continue to record peaks of 27/28 ° C, well 8 degrees above the average for the period.

We asked Lorenzo Tedicimeteorologist of the site www.iLMeteo.it explanations on the topic.
I confirm everything! It is an exceptional picture, never seen above all for the duration of the phenomenon; also in the next few days a very vast high pressure field will bring values ​​up to 10 ° C above the average from Italy to the Arctic Circle: an anomalous heat that will also affect the forecasts for the next few weeks.

So the heat will not end this week with the Third October?
No, it will not end. It is very likely that even the first days of November are similar to summer in Italy: it is clear in fact that, if even the polar areas will tend to warm up with the Anti-cyclone Scipio, then the cold that normally descends from high latitudes will not be able to move towards the Mediterranean for one simple reason: there will be no cold in the Scandinavian polar areas!

Why does Novembrata define it as exceptional?
An exceptional November for a couple of reasons: the first is that if in the Italian meteorological history we also reached 36/37 ° C in October, especially in Sicily, in November the record in the main Italian airports is around 30 ° C. Well, after Scipio with the Terza Ottobrata, an anticyclone “monster” is coming for Halloweenwhich could bring down the records of 30 ° C recorded in Sicily in 2004, 2005 and 2008. Anticyclone ‘monster’ in the sense of monstrous extensionan area covered by high pressure extending from Algeria to Finland!

Are there other weather conditions that could make this November 2022 exceptional and ‘first’ in history?
Definitely: in the mountains we will experience a very hot period; the freezing point will touch 4000 meters once again with the melting of the Italian glaciers which will continue in an increasingly dramatic way also in November. 2022 is the worst year for Italian glaciers in history, even it is likely to be the worst year for 5000 years or even more.

But then will we be witnesses of an event that has never been recorded?
Yes, unlike our grandparents, great-grandparents and great-great-grandparents, we will be able to experience the hottest year since 1800, therefore of history (the network of weather stations has taken on sufficient distribution only since the beginning of the 19th century). At 90%, despite the fact that there are still 2 months to go until the end of 2022, the Italian thermometer will mark a number never seen before. The only good news, in this very dangerous upheaval of the climate, is that we will pay less than bills, the heating is practically turned off in almost all of Italy for the first time at the end of October and we will not turn it on even next week.

Videogames entered his life in the late '80s, at the time of the first meeting with Super Mario Bros, and even today they make it a permanent part, after almost 30 years. Pros and defects: he manages to finish Super Mario Bros in less than 5 minutes but he has never finished Final Fight with a credit ... he's still trying.
Previous “I won’t answer him, we have a duty to be first to represent our fans”
Next Keira Knightley films: which ones to see | Elle