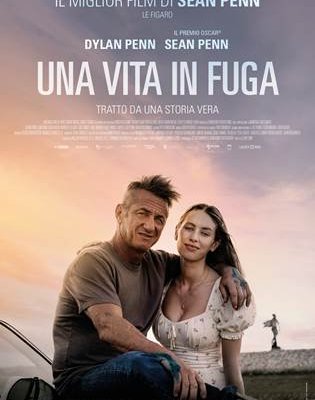 Inspired by true events, it follows the story of John Vogel, the most notorious counterfeiter in US history. John is an extraordinary father who has a very strong bond with his daughter, Jennifer. Jennifer learns as a child to live her life by risking and diving into her adventure with her father, but as she grows up the heroic image of her father begins to crumble against the reality of the facts. Her amazing stories aren’t so much fun anymore, and the aftermath is even less so. Jennifer begins to distance herself from her father, but John’s plans are becoming increasingly daring and risky and Jennifer can’t help but get involved in her most devastating adventure.

The film freely draws inspiration from the reality and life of the most famous forger in American history. John Vogel is an elusive forger, a true legend in the crime industry. However, when he’s not carrying out one of his ingenious plans, John is a careful father who tries to raise and care for his daughter Jennifer to the best of his ability.

When she was a little girl, Jennifer believed that her life of chases, travels, disappearances and adventures was the most fun she could imagine. In reality, her father had to constantly escape from capture by the police, but he managed to involve little Jennifer making her believe that everything was an adventure and that they were the unbeatable protagonists of these incredible stories.

Now an adult, she understood that that wasn’t the right existence for her, and that John is certainly not the hero he once believed. Thus, Jennifer will choose to take a completely different path, and start thinking more about herself than about the adventures of her father. But will she be able to really distance herself as she hoped?

David Martin is the lead editor for Spark Chronicles. David has been working as a freelance journalist.
Previous Filumena Marturano 2022 cast who are the actors who have children
Next Mission Impossible 7, Cruise and the craziest stunt in history /VIDEO