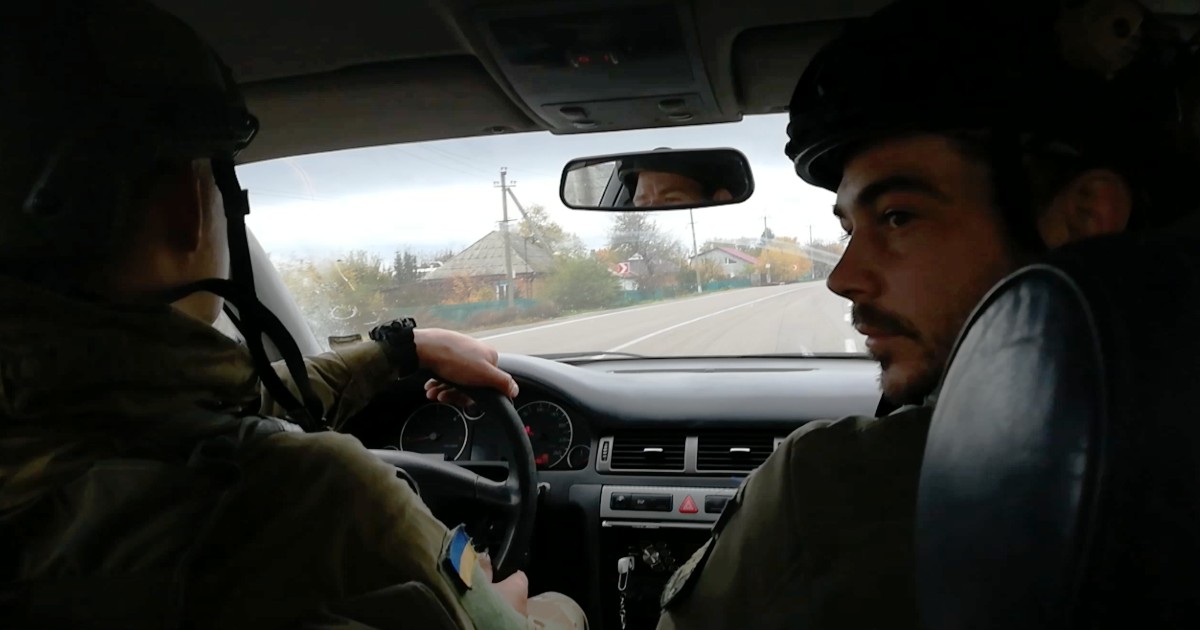 “A Russian drone has aimed at us, we have a problem”. The escape from the missile told live by the Italian journalist in Ukraine

“Get in the car, run”. The indication is abrupt and does not admit replies. There is no need for any translator. Oleg and Oleksandr, the two soldiers who accompanied us on the front line a Orichiv70 km southeast of Zaporizhzhya and point of impact between the two blocks along the southeastern line of the conflict, their faces are strained now.

A minute earlier we had gone down for the umpteenth patrol along the deserted streets of Orichiv, to describe the sense of the destruction of a town that before the conflict had a population of almost 20 thousand inhabitants and now 500 left, all old. To be precise, we were in front of what until eight months ago was the bus station, now reduced to a pile of rubble like the rest of the buildings in Orichiv, all damaged or destroyed and devoid of electricity, gas and drinking water.

Suddenly a radio communication from the local Ukrainian military base. And the mood immediately changes. In a hurry, together with our fixer, we get on board the powerful Audi but ready for pulping (like all ‘civilian’ vehicles at war after months of conflict). A skid followed by a skid and off to full throttle along the T0803 highway that connects the battered town to the regional capital, Zaporizhzhya.

The explanation for the high rate of tension comes quickly from the fixer who translates the words of the two soldiers: “A Russian interceptor drone targeted our car. He noticed us wandering along the streets of Orichiv and now he has aimed at us ”. It was not an Iranian-made drone, which has recently become famous for its explosive and destructive charge, however it had a clear target: “These devices point to a target and follow it for some time giving ground coordinates to the missile line – they are the words of the two soldiers -. Now we have to sow it and to do it the car has to proceed beyond 130 kilometers now, otherwise the shadowing goes on and we are screwed ”.

Oleg, at the wheel, immediately puts his understanding into practice and the car whizzes by at driving license suspension speeds, up to almost 200 kilometers per hour, fortunately along deserted roads and all in all in good condition. It takes twenty kilometers, up to Lyubymivka, another ghostly center but out of the drone’s reach, to calm the pilot and put the fear behind him. In the meantime, another communication arrives via radio: “From the Russian front they have started to launch missiles on the city, two have already fallen. When the drone released us, the missiles hit other targets, ”explains Oleksandr. At the height of a kiosk without signs the car stops: “We had a bad time. We deserve a coffee ”is the final gloss.

Videogames entered his life in the late '80s, at the time of the first meeting with Super Mario Bros, and even today they make it a permanent part, after almost 30 years. Pros and defects: he manages to finish Super Mario Bros in less than 5 minutes but he has never finished Final Fight with a credit ... he's still trying.
Previous temptation Anguissa, the doubt on the left resists
Next Are Brad Pitt and Emily Ratajkowski Together?