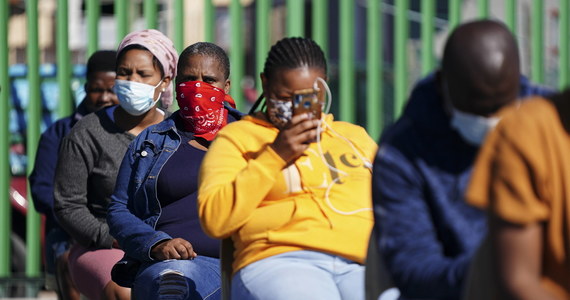 Scientists are surprised that Africa is avoiding the Covid-19 disaster, though it is still unclear what its final toll will be. WHO data shows that deaths in Africa account for only 3 percent of the global number. By comparison, deaths from epidemics in the Americas and Europe account for 46 percent and 29 percent.

IN Nigeria – the most populous country in Africa, the government has recorded nearly 3,000 deaths among the 200 million population to date. The United States records as many deaths every two or three days, the Indian Express said on Friday.

When coronavirus first appeared on the continent last year, health officials feared a pandemic would sweep Africa, killing millions and destroying fragile health systems. Although it is still unclear what the final harvest will be Covid-19, this catastrophic scenario has largely yet to materialize.

In recent months coronavirus hit South Africa and it is estimated that he killed over 89,000 there. people – by far the largest number on the continent. At the same time, scientists admit that in African countries it is extremely difficult to obtain specific data on coronavirus infections and warn that the trend of decreasing morbidity may be reversed.

Bill Gates: The number of deaths from Covid-19 could drop to the level of the flu

However, something “mysterious” is happening in Africa, which puzzles scientists – said Prof. Wafaa El-Sadr, director of infectious disease at Columbia University. Africa doesn’t have vaccines and measures to fight Covid-19, which are in Europe, but I think it’s doing better – she said.

IN Africa only less than 6 percent. people are vaccinated. For months, the WHO described Africa in its weekly pandemic reports as “one of the world’s least affected regions”.

Some scientists believe that average age in the continent – 20 years against 43 years in Western Europe as well low urbanization and outdoor living perhaps it has spared Africa the more lethal so far the effects of the coronavirus. Research is also ongoing to see if there could be other explanations for the continent’s relatively low incidence, including genetic causes or exposure to other conditions.

Christian Happi, director of the African Center for Infectious Disease Genomics at Redeemer University in Nigeria, said authorities are used to containing epidemics even without vaccination, and attribute it to a vast network of social health workers. It’s not always about how much money you have or how modern your hospitals are – He said.

Oyewale Tomori, a Nigerian virologist who sits on several WHO advisory groups, suggested that Africa may not even need as many vaccines as the West. This is an idea that is controversial but says it is seriously debated among African scientists. At the same time, he emphasizes that this does not mean that Africa does not need vaccines.

We need vaccinations to prepare for the next wave – said epidemiologist Abul Karim of South African University of KwaZulu-Natal, who previously served as South African government adviser on Covid-19.

Videogames entered his life in the late '80s, at the time of the first meeting with Super Mario Bros, and even today they make it a permanent part, after almost 30 years. Pros and defects: he manages to finish Super Mario Bros in less than 5 minutes but he has never finished Final Fight with a credit ... he's still trying.
Previous Another Friday sensation in Tauron Liga, this time in Radom!
Next New Mass Effect – the graphics from N7 Day reveal more than we think. Detailed analysis