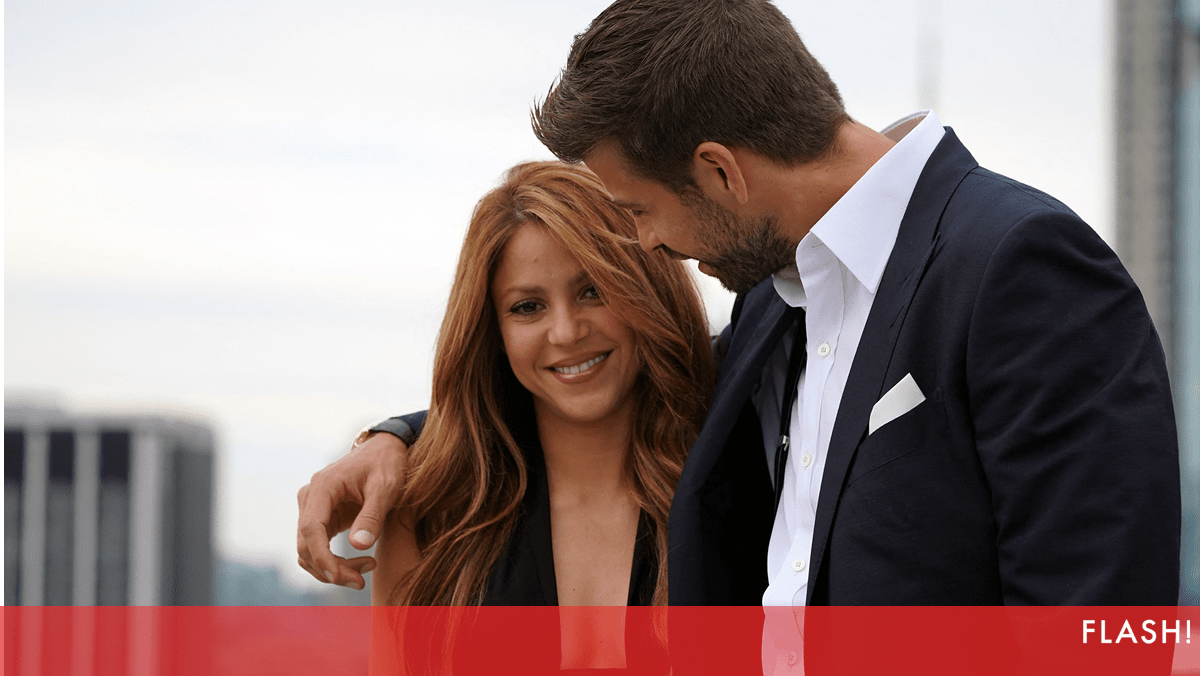 After all, it was an “open relationship”… and it went wrong! How Shakira was betrayed by the deal she made to save her marriage to Piqué-The Mag

Was there betrayal or not? This is the question that now arises around the Shakira – Gerard Piqué “case”. if in fact there was an agreement between the singer and the footballer that each could do whatever they wanted within the marriage, will it be unreasonable to speak of adultery? If Shakira has accepted an open relationship, then what made her hire a detective to follow her husband? When he discovered the truth by catching the athlete in the arms of another woman What led the Colombian star to put an end to the marriage he fought so hard for? Many questions arise after it was revealed that Shakira and Piqué had been in an open relationship for three years, like Will Smith and Jada Pinkett Smith.

Even very recently the Hollywood actor, and only after many rumors about alleged betrayals, on both sides, Smith came to assume that monogamy is no longer part of his relationship with the actress. More: says that the fact that they are married and can maintain relationships with other people “is the great definition of love”. In an interview with ‘GQ’, the actor admitted that he was pressured by his wife. “Jada never believed in conventional marriage … she had family members who had an unconventional relationship. So she grew up in a different way than all of us,” explained Will Smith. “There’s been a lot of discussion on the subject, what is perfection in a relationship? And for the most part, monogamy is what we’ve chosen, but we don’t think of monogamy as the only way,” he added. The protagonist of ‘Men in Black’ also says that the “Marriage cannot be a prison”but he leaves reservations about the way he chose to live his: “I don’t advise anyone on our path. But the experiences of the freedoms we gave each other and the unconditional support, for me, is the great definition of love.”

But let’s go back to the Shakira-Gerard Piqué case. If what the presenter of the program ‘Viva La Vida’, on Telecinco’, José António Avilés, said about the agreement that prevailed in the marriage of the mediatic couple is true, the Colombian has no reason to accuse her partner of having betrayed her. Three years ago, desperate to save her marriage, the singer will have accepted the footballer’s various demands, including that he could do whatever he wanted, having the same premise. “Someone very, very close to Piqué assured me that there was no infidelity on his part. They are very surprised by the break and by the statement that Shakira released“, said the communicator, guaranteeing that the Barcelona athlete was not even informed that the separation would be made official in the way it was. He was also taken by surprise by the decision of the interpreter of ‘Waka Waka’.

What will have happened here is that the music star did not believe that the father of his two children would ever want to put this agreement into practice. In her mind it would be nothing more than a fictitious deal. And when he began to suspect his absences and certain behaviors, he did not hesitate to hire a detective to follow in his footsteps. It was with this help that Shakira found her husband red-handed in the arms of another woman. But the worst, from the artist’s point of view, was the fact that Piqué’s lover is only 22 years old. This was a severe setback, as Shakira is 45 years old, 10 years older than the man she loves so much. This case, which so much ink has spread around the world, has divided opinions in Spain [país onde vive o casal].

WHOSE FAULT IS IT?

Many consider that the singer should never have accepted to maintain an open relationship if she was not prepared to live it. There are those who blame her for giving her husband permission to have other affairs, but believing he never would. The Spanish journalist, Susanna Griso, did not shy away from pointing the finger at the Colombian woman for embarking on such an agreement as she is too jealous: “Shakira is extremely jealous and suffered a lot just imagining that Piqué could be with someone else.“, he opined. The psychologist of the program presented by the aforementioned journalist, ‘Espejo Público’, explained what happens within a couple who live an open relationship: “One is usually dominant. Then, out of fear of loss, the other person accepts. In addition, it is common to establish a series of norms such as not being able to be with people close to you or not being able to repeat“, clarified Lara Ferreira.

Betrayed, Shakira is shown to be the caretaker of her father, who was hospitalized

And it is precisely here that the issue will be: in repetition. Gerard Piqué will have fallen in love by the event host. Since he met the young woman, the athlete has changed his behavior. He began to be seen in the hottest places at night in Barcelona without his wife. His most frequent companions were his younger teammates. He started to have a single behavior and the trips to his apartment, the one he kept before moving to the family mansion, became recurrent. AND this is what Shakira couldn’t stand… nor forgave. She realized that this time things were more serious.

THE ANSWER THROUGH MUSIC

It is not known when the singer caught her husband in the act, but everything suggests that it was long before the statement was released. The last song by colombina: ‘Te Felicito’, who plays with Raúl Alejandro, will already be a response to everything that has happened in his private life. This song is the story of a person who experienced a heartbreak: “To complete you, I broke into pieces. They warned me, but I didn’t want to know. I realized you’re fake. It was the drop that overflowed the glass.” The refrain is clear: “I congratulate you, you play well. Of that I have no doubt. Keep playing your role. This show suits you well‘. If this theme was written by Shakira or by someone who knows her pain, it points to the fact that the singer was really taken by surprise with this new passion of the father of her children.

Videogames entered his life in the late '80s, at the time of the first meeting with Super Mario Bros, and even today they make it a permanent part, after almost 30 years. Pros and defects: he manages to finish Super Mario Bros in less than 5 minutes but he has never finished Final Fight with a credit ... he's still trying.
Previous Snow: George RR Martin confirms that Kit Harington came up with the idea for the spinoff
Next Tonight on TV 24 June 2022, programs, films, Rai, Mediaset, Sky