The syndrome that led the artist to take a break from his career is called Ramsay Hunt and can cause pain in the ears and vertigo. 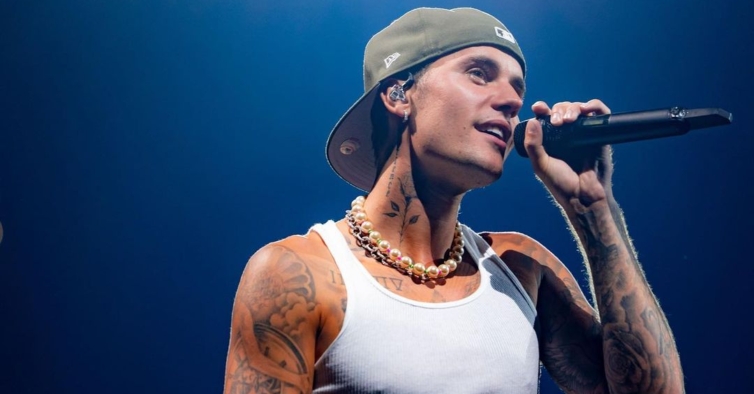 First came the announcement of the canceled shows, then the explanation of why Bieber took a forced break from his career. “As you can see, my eye is not blinking. I can’t smile on this side of my face. My nostril doesn’t move. This side of my face is totally paralyzed.”

The Canadian singer has been diagnosed with Ramsay Hunt syndrome and suffers from facial paralysis on the left side. However, the doctors guarantee that he should be able to recover to 100 percent after much rest. They warn, however, that full recovery may take several months. In other words, at this moment it is difficult to predict how long the interregnum in the career of the performer of the hit “Baby” will last.

What is this syndrome?

The Ramsay Hunt syndrome diagnosed to Justin Bieber is a rare and painful complication of the reactivation of the varicella-zoster virus (VZV), which remains dormant in the body after the initial infection. “It typically only appears in people who have had chickenpox in the past, and often decades after initial exposure to the virus.“, explains pediatrician Sara Aguilar to NiT.

“The first infection with this virus gives rise to the common chickenpox we know from kids, which years later can have other consequences – such as this syndrome”, adds the professional.

The condition was discovered in 1907 by an American neurologist named James Ramsay Hunt. It is a rare neurological disorder that can inflame and paralyze a facial nerve and cause a painful rash around the ears or mouth.

According to the “Portuguese Journal of Otorhinolaryngology and Head and Neck Surgery”, paralysis happens when an outbreak of herpes zoster affects the facial nerve near one of the ears. It is the third leading cause of facial paralysis and the second non-traumatic one, according to the document. The disease is not contagious and, as a rule, manifests itself in people with a weakened immune system.

Very similar to the syndrome called shingles caused by the same virus, Ramsay Hunt also causes red rashes with fluid, but instead of being located on the trunk, as in shingles, they appear in and around the ears.

“Although it is usually a self-limiting rash, it can be more severe and with a lot of associated pain, which can last for weeks to months,” explains Ana Teresa Boquinhas, a specialist in Internal Medicine at CUF Tejo, to NiT.

Experts point to severe pain in the ears, facial paralysis, vertigo, headaches and dry eyes as the main symptoms of the disease. “As in the Zone, the physical findings include bubbles, with clear liquid, grouped in a red base. They are usually very painful. Fever may also appear, especially if the lesions are extensive”, says the CUF doctor.

The Canadian singer took to Instagram again to share with fans the evolution of his health, after revealing facial paralysis, caused by Ramsay Hunt syndrome, which forced him to cancel two concerts in Canada on the “Justice World Tour” tour. .

In stories, the 28-year-old star advanced that she is getting better with each passing day. “I know this storm will pass, but in the meantime, Jesus is with me,” she wrote.

Bieber also shared with fans that he is doing facial exercises and resting so he can “return to 100 percent” to concerts. The tour, which already has some concerts postponed, has dates scheduled for more than 20 countries until March next year. A visit to Lisbon is planned in January 2023.

Videogames entered his life in the late '80s, at the time of the first meeting with Super Mario Bros, and even today they make it a permanent part, after almost 30 years. Pros and defects: he manages to finish Super Mario Bros in less than 5 minutes but he has never finished Final Fight with a credit ... he's still trying.
Previous Love and Thunder a The Gray Man
Next revealed some details of the expected sequel