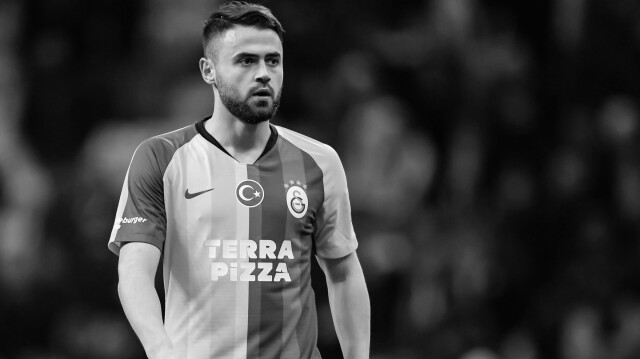 Ahmet Calik is dead. The Turkish footballer was 27 years old

Konyaspor, whose player Calik has been since 2020, has just announced the death.

“We are deeply saddened by the loss of our footballer Ahmet Calik, who won the love of our fans and the whole city from day one. We express our condolences to the family,” wrote a brief statement posted on social media Tuesday morning.

The accident – as reported by the Turkish media – occurred on the Ankara-Nigde route around 9 am. According to the Turkish portal Spor Arena, the athlete was on his way to finalize his wedding details.

He was about to lose control of the car that hit the stockade. Calik, alone in the vehicle, was killed instantly.

Calik played eight times for the Turkish national team (scored one goal), was a participant in Euro 2016, but did not play any matches during the tournament in France.

In the current season, he has played in the Conyaspora as a defender. He played the last league match against Sivasspor on Sunday.

Previously, he was a footballer of the famous Galatasaray, winning the national championship twice with him.

“It is with deep sadness that we learned of the death of our former footballer Ahmet Calik. We extend our condolences to his grieving family, loved ones and the Turkish sports community,” wrote the Istanbul club on its website.

The player was said goodbye to his former clubs, the national team and his teammates. Among them, Lukas Podolski, who met Calik during a joint game for Galatasaray.

“It is very sad to hear such news, I am shocked. You and death – it does not suit you at all, brother. May God find rest in heaven for your soul” – wrote the former German representative in Turkish.

David Martin is the lead editor for Spark Chronicles. David has been working as a freelance journalist.
Previous Analysts: rental rates in large cities above pre-epidemic levels
Next Rome: A scandal at a funeral. A flag with a swastika on the activist’s coffin