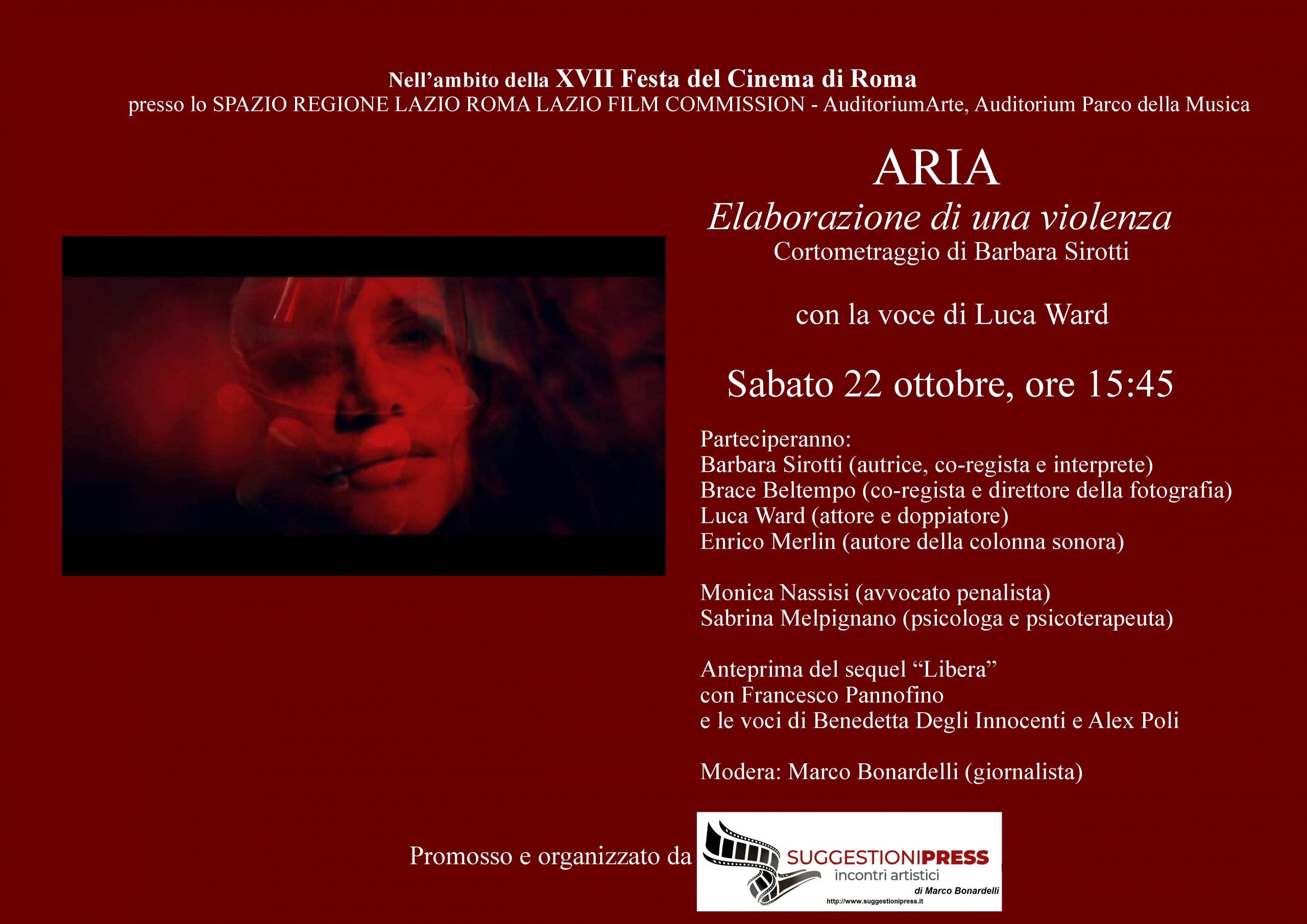 “AIR. Elaboration of a violence”. The short film by Barbara Sirotti at the Rome Film Fest, 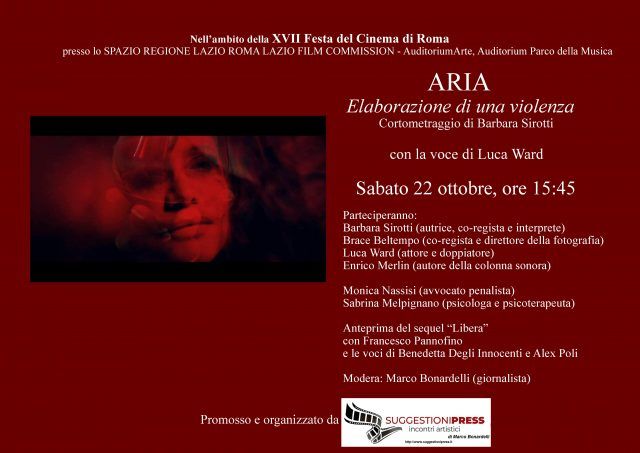 Storytelling through images at the service of social awareness at the seventeenth Rome Film Fest with ”Aria. Elaboration of a violence”, preview with debate of the new version of the homonymous film by Barbara Sirotti, scheduled for 22 October (3.45 pm) at the Spazio Roma Lazio Film Commission of the Auditorium Parco della Musica. It has already received 60 awards in Italy and abroad since its first release (2021). “Aria” is a short film written and performed by the actress, author and dubber from Rimini – also co-director with Brace Beltempo – who today made a “revisited” draft, with the participation of the actor and dubber Luca Ward ((Russell Crowe, Samuel L.Jackson, Keanu Reeves, Pierce Brosnan, Hugh Grant). Her unmistakable voice is thus at the service of a work of prevention of gender-based violence, a topic that in the short film is addressed in the emotional and psychological implications of those who l ‘lived on her own skin (the author was a victim of it). This makes the film particularly incisive in its aim of also narrating the phases that precede the violence, to help recognize it, and react before it is too late. But the sincere narration by Sirotti also intends to convey a message of hope (the one inserted in the title of the event) concerning the subsequent elaboration of the traumatic experience, the one that allows the wounded ego to return to life, reappro depriving oneself of one’s vital energies. It is possible to overcome the drama, with the right remedies, and rediscover new energies under the wounds. Our author, in fact, today is a woman free from the past, with a great desire to do (she recently shot the sequel to “Aria”); she above all animated by that spirit of sharing that only those who have suffered can offer. “Aria” is the first step of an awareness project that will continue with another short, “Libera” (“Aria” and “Libera” are voices against violence), of which the trailer will be shown in preview, with the special participation by three other big names in dubbing: Francesco Pannofino (George Clooney, Denzel Washington, Antonio Banderas, Wesley Snipes, Kurt Russell), Benedetta Degli Innocenti (Lady Gaga, Zoe Kravitz, Elisabeth Olsen, Olga Kurylenko in “The Correspondence” by Giuseppe Tornatore) and Alex Poli (voice of many famous commercials, speaker of RTL 102.5 and for over twenty years of Rete4 – Lady Gaga, Zoe Kravitz, Elisabeth Olsen, Olga Kurylenko in Giuseppe Tornatore’s “La Correspondence”). The presentation of the short film in the context of the film festival aims to represent a further significant step towards the common, therefore social, taking on of a drama which is never talked about enough – as Luca Ward states – and which must be fought in new way: above all by knowing it thoroughly and overcoming the taboos at the base, responsible for the attitude of indirect guilt of the woman. The psychologist and psychotherapist Sabrina Melpignano and the criminal lawyer Monica Nassisi will also intervene with Sirotti and Ward, whose presence will serve to deepen the issue from a medical and legal point of view. In video connection Brace Beltempo, co-director and director of photography, and Enrico Merlin, author of the soundtrack.

The debate will be moderated by the journalist Marco Bonardelli. The event is promoted and organized by Marco Bonardelli’s website Suggestioni Press (http: //www.suggesitonipress.it).

News-24.it is an independent newspaper that does not receive any public funding. If you like our work and want to help us in our mission, you can offer us a coffee by making a donation, we will be extremely grateful.

David Martin is the lead editor for Spark Chronicles. David has been working as a freelance journalist.
Previous THE STORIES OF SANDRA Tina, that shop and a sea of ​​memories – Il Golfo 24
Next PGA Tour 2K21 Free PC Game Download Full Version