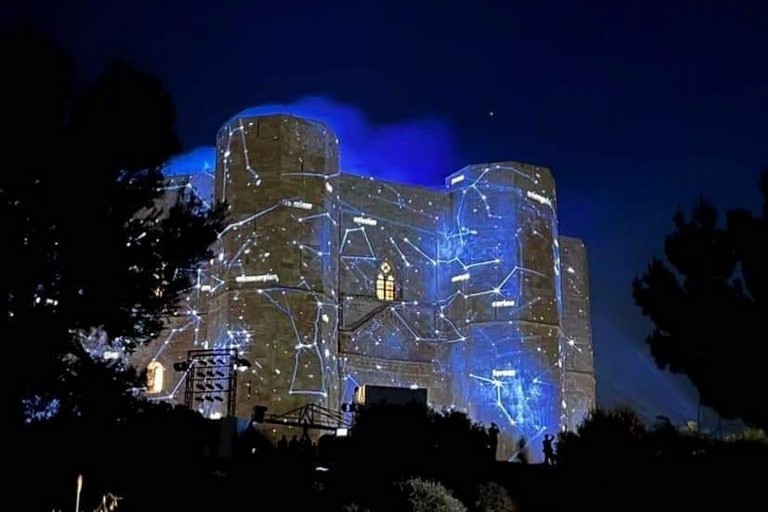 On May 16, Alessandro Michele, creative director of Gucci, chose the ingenious architecture of the Castle of Federico, also dazzled by the charm of the esoteric, for the “Gucci Cosmogonie” fashion show that captured the eyes of the variegated world of international fashion.
Castel del Monte and all the surrounding area became in those days truly the “navel of the world” of fashion on a global level, in a highly armored live evening but followed by followers with millions of accesses, views, links, likes, comments, articles , services: Castel del Monte, beyond its extraordinary beauty and notoriety, shone even more among the atmospheres, colors and dreams that Alessandro Michele had thought for the Gucci house.
Among the 350 guests of that evening, the Maneskins, the tennis player Jannik Sinner, the American actresses Dakota Johnson and Elle Fanning, the British actress Jodie Smith, the Irish actor Paul Mescal, the American singer Lana del Rey, the French model and actress Lou Doillon, the English record producer Mark Ronson, the English national soccer player Leah Williamson, the American actor Jeremy O. Harris, and many others, acting as a driving force to get to know our territory in various sectors.
Alessandro Michele then decided to stay in the area in the following days, enjoying and “posting” the beauties of the places, being able to count on the presence of some dear friends of his youth, also releasing a brief interview with TraniViva.
Today, on the eve of his 50th birthday (he will turn tomorrow November 25th) he is officially divorced from the designer who played a fundamental role “in making Gucci what it is today, thanks to his revolutionary creativity and always respecting the brand’s codes”.
“There are moments in which the paths separate due to the different perspectives that each of us may have. Today an extraordinary journey ends for me” writes the Roman designer in his farewell, adding: “may you continue to feed on your dreams, subtle and impalpable matter that makes a life worth living. May you continue to feed on poetic and inclusive imagery, remaining faithful to your values. May you always live on your passions, driven by the wind of freedom”.

David Martin is the lead editor for Spark Chronicles. David has been working as a freelance journalist.
Previous Grazia is on newsstands with Giorgia
Next Halo Wars 2 PC Game Download Full Version