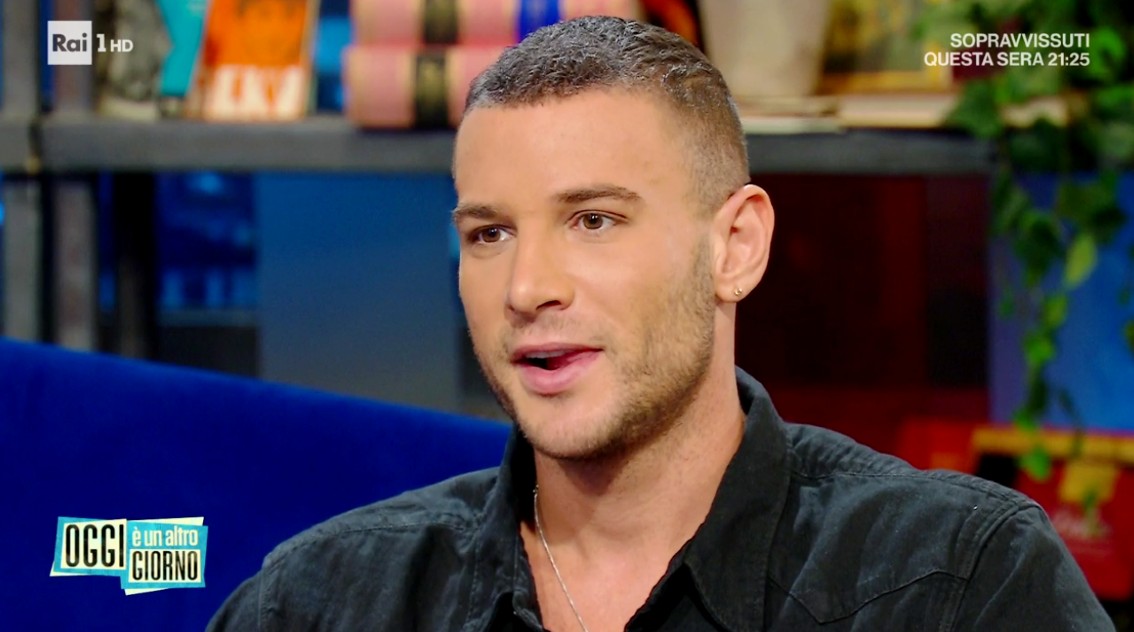 Alex Di Giorgio on TV, guest of Serena Bortone a Today is another day together with his teacher with whom he dances a dancing with the StarsMoreno Porcu, tells how he realized he was gay. Already in a clip aired during Milly Carlucci’s program on Rai Uno, the 32-year-old swimmer spoke of coming out. “I realized that I was attracted to boys of the same sex, I was 22, I wasn’t ready to say itbut the first people that came to my mind were my parents, they didn’t expect it in the least “explains.

In the video a Dancing Alex revealed the surprise felt by his mother and father: “I saw the amazement, something he did not expect, I got scared, I ran away, my parents love me, their concern was how I could cope with everyday life“. He underlined how difficult it was to be accepted by his teammates in the pool: “In the sporting environment it was not accepted, I felt not only protected, but at ease. If in this moment there is a place where I can feel protected and express who I am, it is this program ”. It was he who asked to dance with another gay guy: “To feel complete and understood”.

From Bortone Alex confesses: “I was very open to the first episode, because I believe that the possibility that I was given, thanking Milly and the authors, is to manifest through the dance, in addition to the personality you have, even my past, including trauma and injuries as they happened to me “.

At the moment of coming out to the mother, the sportsman says: “Initially she was concerned about what might be expected of me in the context I was living in, as in the sports world, a few years ago, you didn’t have the shoulder that could protect you and make you feel serene. Today social media have somewhat dampened certain taboos, which however still resist ”.

Di Giorgio has no friction with Porcu: “Temperamentally, at first we struggled to understand each other, then we clarified”. Finally he admits: “In this experience I am laying bare on a personal level as I have never done: it is the first time that I go on TV”.

David Martin is the lead editor for Spark Chronicles. David has been working as a freelance journalist.
Previous Leaky EU stock exchanges, bank accounts in the spotlight and Big Tech USA disappointment. In Milan down St
Next Government: Meloni: ‘I underdog of politics, I will change the country from the right’. Phone call with Biden: ‘Ready to work together’ – Politics