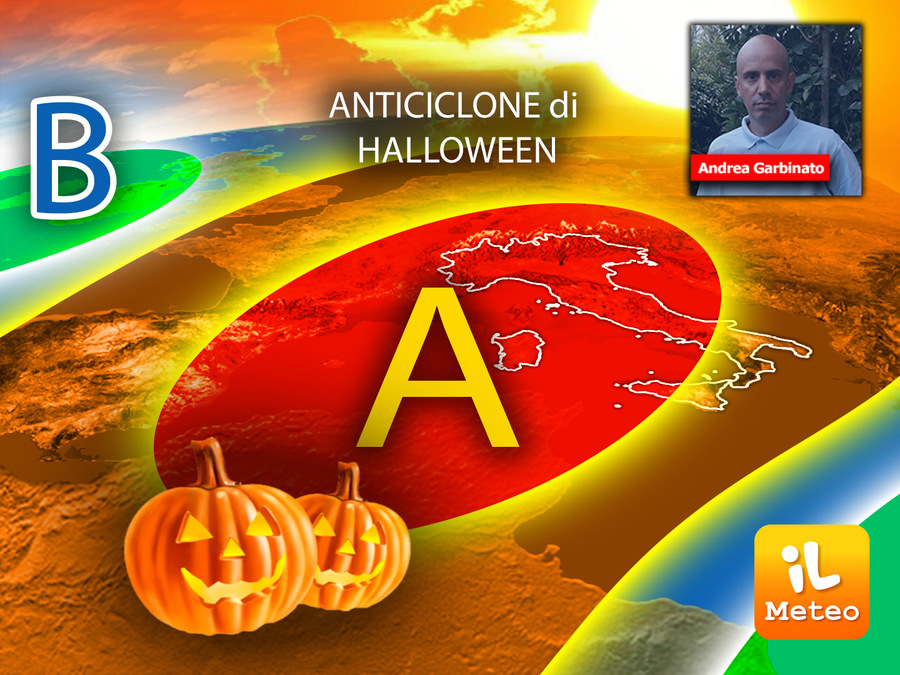 All Saints’ Day with the Halloween anticyclone »ILMETEO.it

Meteo interview with meteorologist Andrea Garbinato: All Saints’ Day with the Halloween anticyclone

We asked Andrea GarbinatoResponsible for the preparation of the website www.iLMeteo.it what all this will entail from the weather point of view.
The dominance of the Halloween anticyclone, the monstrously extending high pressure field across Europe, will cause exceptional thermal anomalies from Morocco to Finland, peaking between Germany, Poland and Alpine regions, including Italy. Thermal anomalies up to 12 degrees higher than the climatic values ​​of the period. In other words, it will go back 2 months: it will seem to be at the end of August!

What will be the real domain of the Halloween anticyclone?
The anticyclone will expand with pressure peaks centered between France, Germany and the Czech Republic: it will cover all nations from England to Ukraine, from Spain to Lithuania, including most of Scandinavia; the only European areas slightly uncovered will be Greece and our extreme southern sector, where temperatures will return, from the weekend, to the averages for the period or will even be slightly lower.

Will we therefore have an anomalous period especially because we are almost in November?
That’s right, that’s right: it will be a summer Halloween, the pumpkin will be hot! Black witch or sorcerer clothes will get hot in the fiery rays of the sun. This year the ‘trick or treat’ question could turn into ‘ice cream or treat’, given the high temperatures.

Where will we record the highest temperatures?
The most anomalous values ​​are expected between today and tomorrow in Sicily, Andalusia and south-western France (at the foot of the Pyrenees) with peaks of 32/34 ° C. Between Saturday and Sunday we will still have peaks of 30/32 ° C in France where numerous records could be beaten, including that of the hottest month of October in history: the Anticyclone of Halloween in the meantime will have gained ground towards the North-East, going to bring exceptional values ​​also in Germany, 25 ° C expected in Saxony and in the Berlin hinterland, then towards Poland.

The climate is really changing …
Exactly, the boiling hood (for the period) of the anticyclone will hit us 2 months after Christmas, confirming an endless Summer 2022: we have been recording anomalous North African heat in Italy for 5 and a half months, in other words almost half a year. 2022 turned out to be summer. We are experiencing a tropical climate with 6 months of dry season, now we are wondering where the remaining 6 months of wet season have gone.

Videogames entered his life in the late '80s, at the time of the first meeting with Super Mario Bros, and even today they make it a permanent part, after almost 30 years. Pros and defects: he manages to finish Super Mario Bros in less than 5 minutes but he has never finished Final Fight with a credit ... he's still trying.
Previous Chiellini rejects Juve: ‘At the first difficulty the group melts, they are unable to win the Europa League, the goal is another’
Next Tiffany, the exclusive dinner with many stars in West Hollywood