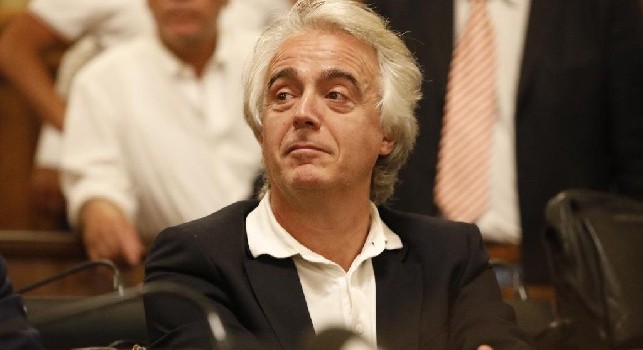 “Allan’s appeal rejected, he will have to pay 170 thousand euros! Aggressive and violent against Edo De Laurentiis, Giuntoli stopped him”

“Allan’s appeal? The Naples Labor Court has certified that what is reported, regarding the fine, is all proven and true, which is why it rejected the appeal. Allan’s request was nullity of the arbitration award, going from 170,000 to 0, and in the end 170,000 remained.

That evening in the locker room there was completely inappropriate behavior, that of Allan the most serious of all.

What emerged in the arbitration, in depth after many witnesses, is that there is a split collective insubordination led by Allan, who became the bearer of an aggressive and violent charge against the vice president Edo De Laurentiis. The court certified that Allan’s goal was to physically charge the vice president, he was then stopped by the director Giuntoli.

There is that phrase, really vulgar and serious, that despises society: “you have to tell your father that you can put the 100 thousand euros there”.

We will not waste a day to act, the player has made it known that he will hardly want to pay that amount. We are ready to leave for Dubai and if there is something to foreclose we will not stop, because attitudes like these must be pursued otherwise these characters will never understand what the respect and recognition of those who have given you so much is.

The company will take steps to foreclose everything that is attributable to Allan.

The arbitration procedure of the cases already defined: Maksimovic, Hysaj and Allan, ruled that the team had correctly called a retreat to achieve better goals. That withdrawal was not punitive.

Having players in the squad with whom there is still something going on wouldn’t have helped. There are other pending arbitrations such as Insigne, Ospina, Fabian and we are waiting for Koulibaly. It is obvious that if these players were still in the team it would be difficult to train and then go to court a few weeks later. The choice of the president was a choice of harmony, the post-Salzburg events testify that there was not so much harmony. “

David Martin is the lead editor for Spark Chronicles. David has been working as a freelance journalist.
Previous immediate checks are triggered –
Next carried out on masks, bulletin, and fines to no vax