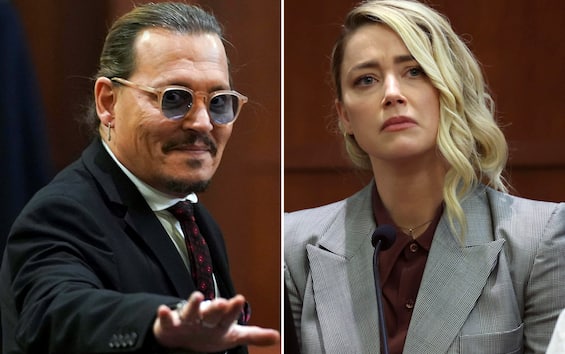 Amber Heard and Johnny Depp have settled in defamation lawsuit

The actress, with a post on Instagram, announced: “After a long reflection I have made the difficult decision to conclude an agreement”. She did not disclose the terms of the settlement, which ends the appeals process she is pursuing after losing the multimillion-dollar first-instance lawsuit. According to “Deadline,” she will pay her ex-husband $1 million (which he’ll donate to charity). Depp said he was “satisfied”

Amber Heard and Johnny Depp have reached a settlement in the multi-million dollar defamation lawsuit brought against her by her ex-husband. This was announced by the actress, with a post on Instagram. According to the show site DeadlinesHeard will compensate Depp with a million dollars (against the 8 owed) and he will donate the money to charity.

Johnny Depp vs Amber Heard, the movie about the trial arrives: the cast

“After much deliberation I have made the difficult decision to strike a deal,” Heard wrote on his social media page. A move, she explained, matured “after losing faith in the American judicial system, in which my testimony has served as entertainment and has given rise to discussion on social networks”. In the post you did not reveal the terms of the agreement, but Deadlines talk about a million dollars. The settlement comes after a jury in Virginia ordered the actress to pay the “Pirates of the Caribbean” star $10 million (and he $2 million to her). The agreement put an end to the appeal proceedings she pursued after losing the first-instance case.

Depp said he was “satisfied”

According to media reports, Depp said he was “satisfied” with the outcome of the case and his lawyers explained that his goal was not so much the money as “to bring the truth to the surface”. “The jury’s unanimous decision and subsequent plaintiff’s verdict stands,” noted the plaintiff’s attorneys, and the $1 million payment “strengthens Heard’s admission that it is the conclusion of the legal system’s rigorous search for the truth.”

Johnny Depp writes a song about the trial of Amber Heard

The legal battle between Heard and Depp had begun after an opinion article signed by the actress in 2018 in the “Washington Post”, coinciding with her film “Aquaman”: without ever naming her ex-husband, she had defined herself as “a figure publicity representing domestic violence”. Convinced that the article had damaged his reputation and her career, Depp sued his ex-wife in court for defamation and she had fought back with a similar lawsuit. After a highly publicized six-week trial, in which the protagonists of the brief marriage attacked each other, the jury concluded that the two exes had defamed each other, ordering Heard to pay the ex-husband $10 million and the latter to pay two million to his ex-wife. She the actress then owed 8 million, but she claimed she didn’t own it. A few days after the verdict, one of Depp’s lawyers said the actor was ready to forfeit the sum if Heard declined to challenge him again on appeal. “From the beginning what was at stake was his reputation, it was never a question of money,” Ben Chew Chew prophetically assured ABC. Heard initially decided to appeal, then changed his mind and an agreement was reached.

After meeting on the set of the film The Rum Diary, the two actors got married in 2015 but their marriage lasted a few months. For years there have been harsh accusations against each other. The verdict of the proceeding has arrived: the actress has defamed her ex-husband and will have to pay him over 10 million. Even Johnny Depp will have to compensate Amber Heard for when the actor’s lawyer called her allegations ‘a scam’

June 1st arrived jury verdict in the Libel Trial: Amber Heard defamed Johnny Depp and will have to pay over 10 million dollars The actor will also have to compensate Heard for $2 million for when his attorney called his allegations “a hoax.”. Her ex-husband had sued her because in 2018 the actress wrote an editorial on the Washington Post in which – even without mentioning the actor – she said she had become a public figure who represented the Domestic violence

The trial was yet another clash between the two since the actress filed for divorce in 2016. Since then, both have turned harsh accusations and their story ended up in the classrooms of several law courts

Johnny Depp and Amber Heard met in 2009 on the set of The Rum Diarya film released in theaters in 2011. In the film, he played the part of a penniless journalist who met Chenault, Heard’s character, and started a story with her. relation behind her boyfriend

David Martin is the lead editor for Spark Chronicles. David has been working as a freelance journalist.
Previous The English, the first images from the western series with Emily Blunt
Next trailer and previews film Luigi Strandis