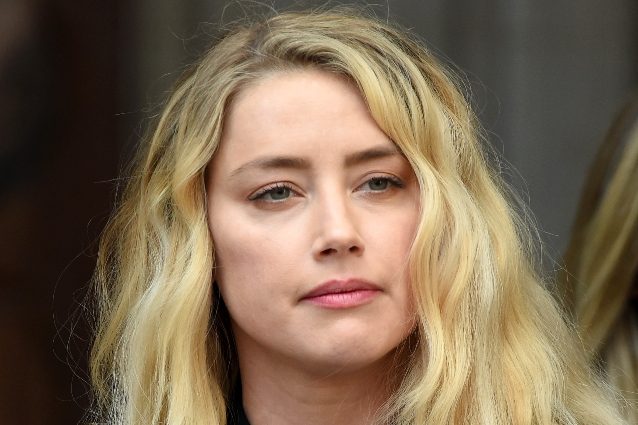 The actress plans to sue over a $1 million policy paid to protect her from a defamation conviction. The company defends itself by stating that, according to California law, she would be entitled not to pay due to Heard’s conduct.

Amber Heard he doesn’t want to give up. The actress, who a few months ago was ordered to pay several million dollars in the lawsuit with ex-husband Johnny Deppamong the most talked about in the world in recent years, has sued its million-dollar insurance policy claiming it should be covered against the Johnny Depp verdict.

To report it is TMZ, which tells how the actress will bring the New York Marine and General Insurance Co. claiming that he paid a $1 million policy that was supposed to protect her from defamation charges.

The arguments of the insurance company called into question by Heard are based on the fact that the sentence in the Depp-Heard trial established the plaintiff has intentionally defamed Johnny Depp and, according to California law, they argue that this gives them a chance to escape coverage of the sum. In other words, they believe they are not responsible.

Why the insurance companies are turning away from Amber Heard

Of course, the actress claims the exact opposite, namely that the New York Marine and General Insurance Co. he promised to pay her defense costs and judgments against her of up to a million dollars no matter what. These are the features of the agreement that Heard claims to have made unconditionally, and she claims, addressing a judge, that they have not proved worthy of the agreement. According to the actress, in trying to clean her hands, they are violating the terms of the contract and are turning away from her.

Meanwhile, last month, Amber Heard filed a sixteen-point appeal with respect to the sentence that sees her convicted of defamation against Johnny Depp. The lack of clear and convincing evidence for fraud, the ways in which cases of defamation, in addition to the fact that after establishing that the two ex-spouses had defamed each other, no objective assessment of the damages to be awarded to each was made.