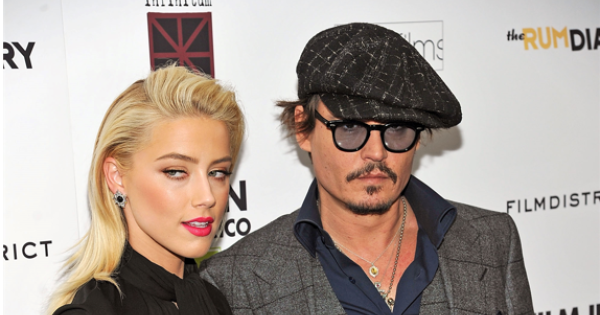 Amber Heard returns to the attack against Johnny Depp

And she seems very determined.

New legal battle in sight for the former couple Heard-Depp.
After all, it was difficult to think that Amber would surrender to the verdict in June which obliges her to compensate Johnny with 10.4 million dollars, for defaming him. There are sixteen points on which the appeal request presented by her lawyers, in an attempt to suspend the conviction sentence: among these, the venue of the trial.

For Amber Heard it shouldn’t have been celebrated in Virginia, but in California, where both actors are residents. The jury is also accused, for not having taken into account the diagnoses of the psychologists, which would demonstrate the validity of the abuses suffered by the actress. Several points have to do with admitted evidence that shouldn’t have been accepted and evidence that was not accepted that should have been, including various communications with medical professionals, employees, friends and family.

The grounds for the appeal include everything from a lack of “clear and compelling evidence” for actual tort, the standard by which defamation cases are decided, to the court’s failure to invalidate damages awarded by the jury after ruling that both Heard and Depp had vilified each other, which was “intrinsically and irreconcilably inconsistent”.

The goal is, therefore, to obtain the reversal of the verdict rejecting Depp’s requests or a new trial, following a different path.

David Martin is the lead editor for Spark Chronicles. David has been working as a freelance journalist.
Previous Renato Zero on tour with Zero a Zero, from March 2023: here are the dates and tickets
Next Sending a Letter for Sanding Words. Interview with Daniele Di Girolamo after the Rome exhibition