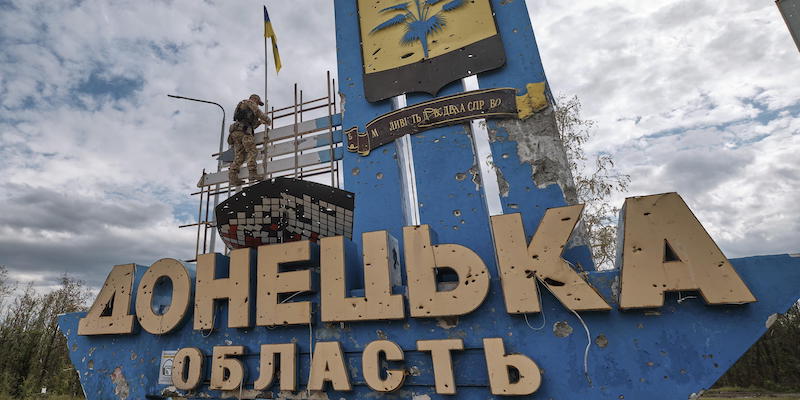 An Italian-Dutch who fought for Ukraine died near Kharkiv

An Italian-Dutch man who fought in the Ukrainian Defense Legion, the military formation made up of foreigners participating in the war in Ukraine against the Russian invading forces, died near Kharkiv.

The man was called Benjamin Giorgio Galli, he was 27 years old and he was originally from the province of Varese. His mother, Mirjam Van der Plas, confirmed his death to the news agency LaPresse. According to information received from the Galli family, he died on Monday. He would have been killed by the explosion of a cluster bomb, the type of weapon used in aerial bombardments, in which a large bomb contains many secondary “submunitions”. They are prohibited by a 2008 UN Convention, a treaty that was signed by 100 countries, not including Russia, Ukraine and the United States.

Van der Plas said that his son was fighting “because he wanted to help people who were in difficulty because of this war that he called a great injustice.” Currently the woman is in Kiev with her husband to receive the documents necessary for the repatriation of the body.

– Read also: Foreigners who enlist in the Ukrainian Defense Legion

Kharkiv is located in the north-east of Ukraine and the region surrounding it is one that the Russians controlled for months, before the last victorious Ukrainian counter-offensive. The city was one of the main targets of the Russian bombing.

The Ukrainian army has recently managed to enter a small town near Lysychansk, which is located in the Luhansk region, about 200 kilometers southeast of Kharkiv. It is a small victory from a tactical point of view, but at the same time symbolic and significant for Ukraine, because it shows how the Russian army is no longer able to maintain complete and firm control over Luhansk and Donbass in general. the eastern region which had become the main target of the war months ago.

Videogames entered his life in the late '80s, at the time of the first meeting with Super Mario Bros, and even today they make it a permanent part, after almost 30 years. Pros and defects: he manages to finish Super Mario Bros in less than 5 minutes but he has never finished Final Fight with a credit ... he's still trying.
Previous Sports Judge, not only Di Maria: stop for Brozovic, Mourinho and Sarri. 4 clubs fined
Next Juve, the idea of ​​a ds is back: all about the Juventus strategy. And Cherubini … | First page