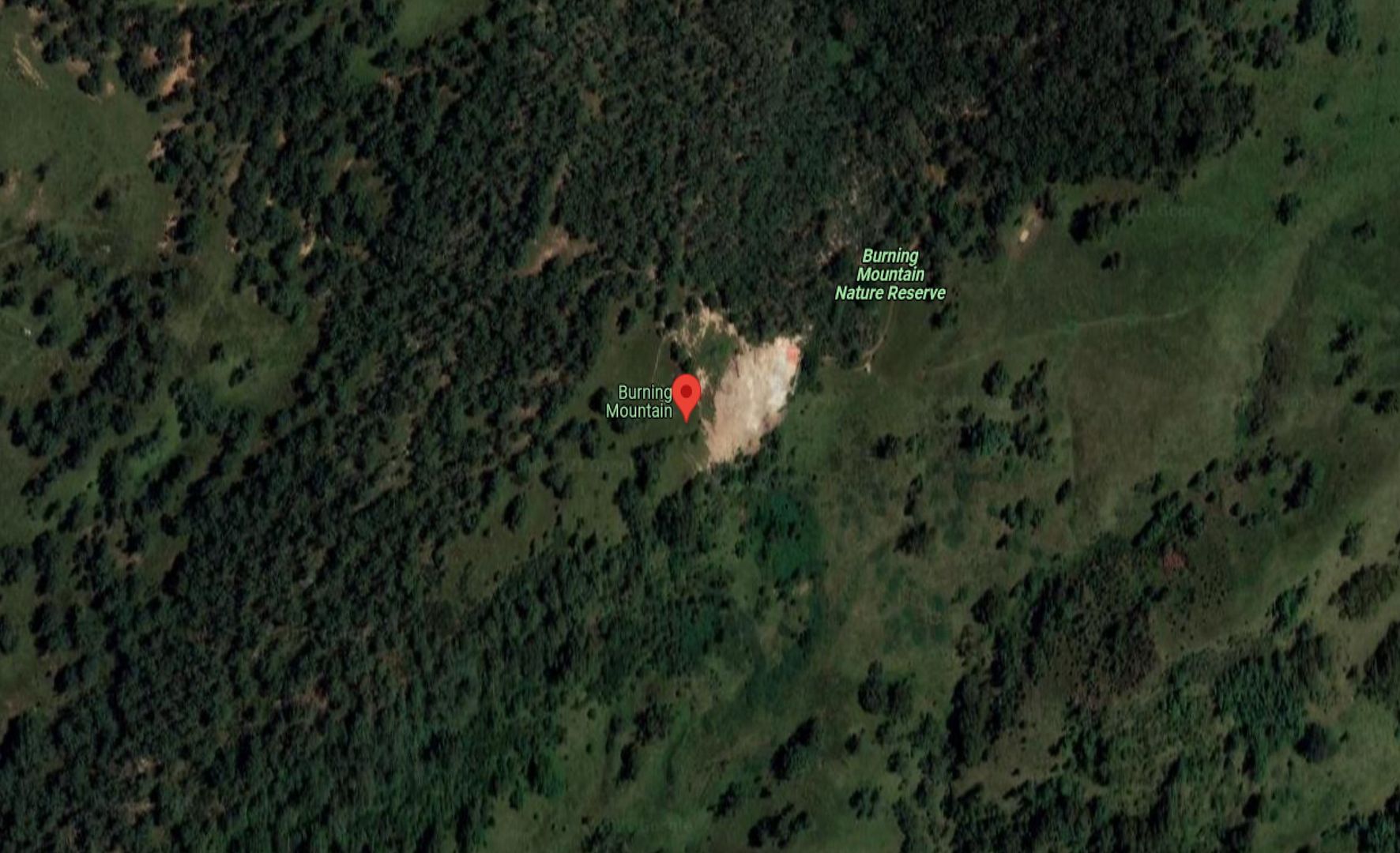 Near the town of Wingen, located in New South Wales, in the Burning Mountain Nature Reserve There is an underground fire, which, according to scientists, began to burn at least 6,000. years ago. These types of fires are extremely difficult to extinguish, because they slowly but intensively spread through the coal seams, i.e. the natural layer found below the surface of our planet.

In an interview with Science Alert, Guillermo Rein, professor of fire sciences at Imperial College London in the UK, admitted that the ancient fire most likely it is a sphere with a diameter of 5 to 10 meters, reaching a temperature of 1000 degrees Celsius. It burns nearly 30 meters underground and moves southwards at a speed of 1 meter per year.

Experts are unable to estimate the actual size of the burning area. It is known, however, that it is not a typical fire, but a smoldering coal that can be compared to the embers found on a grill. It is not visible to the naked eye. They testify to its existence smoke rising above Mount Wingen, white ash on a hill, warm earth, yellow and red rocks, no vegetation or sulfurous smell.

The cause of the fire is uncertain. According to Rein, natural factors are most likely responsible for it, although human interference cannot be completely ruled out.

The Wanaruah people, one of the indigenous peoples of New South Wales, consider Mount Wingen a sacred place. His ancestors used them for cooking and making weapons. According to their traditional accounts, the fire was started by the tears of a widow or the torch of a warrior captured by the “Evil” under the mountain.

A similar type of fires can be found all over the world. Underground coal seams smolder, among others in China, the United States and India. In many cases, they exploded as a result of human interference related to, for example, coal mining. According to experts, it is necessary to study them in more detail in order to learn a little more about their specifics, as well as the risks that accompany them.

See also: See also: The blood flows in reverse there. A strange phenomenon at a space station

Videogames entered his life in the late '80s, at the time of the first meeting with Super Mario Bros, and even today they make it a permanent part, after almost 30 years. Pros and defects: he manages to finish Super Mario Bros in less than 5 minutes but he has never finished Final Fight with a credit ... he's still trying.
Previous Marcin Najman’s sincere confession. “The research I did say clearly …”
Next New trends in social media in 2022