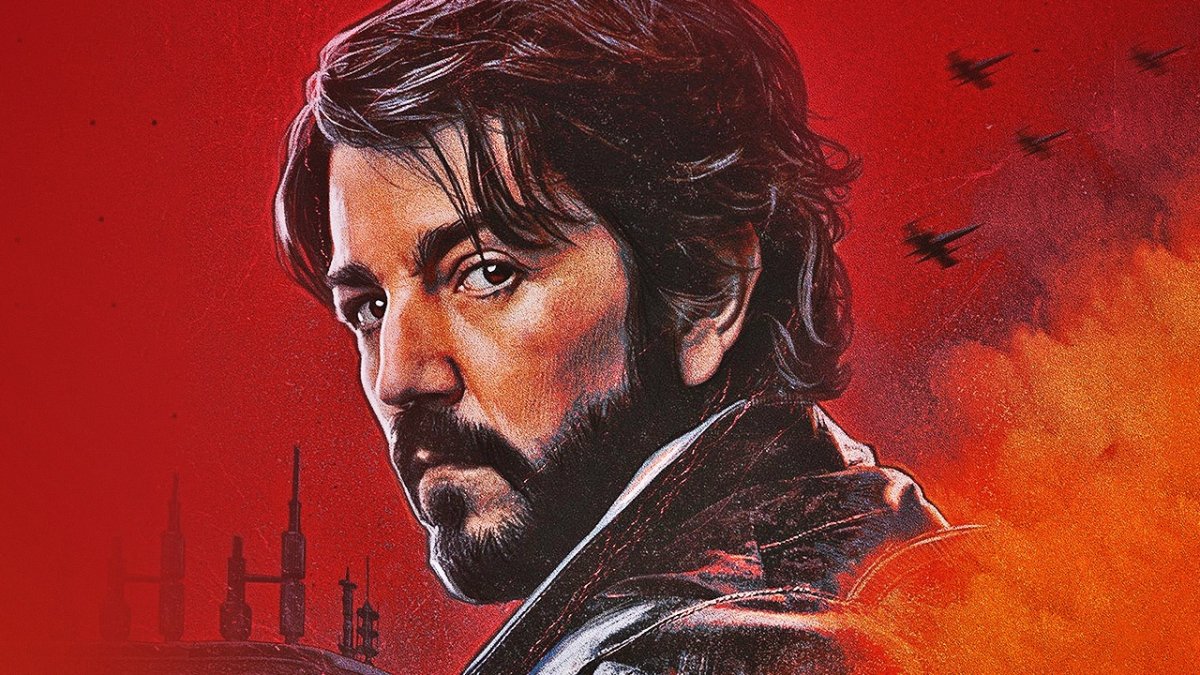 Andor, the review of the season finale: the revolt begins in the Disney + TV series

Coming to the season finale of Andor, the least talked about but most deserving Star Wars series, we laud the explosive combination of writing and direction for a heart-pounding denouement of rebels against the Empire. 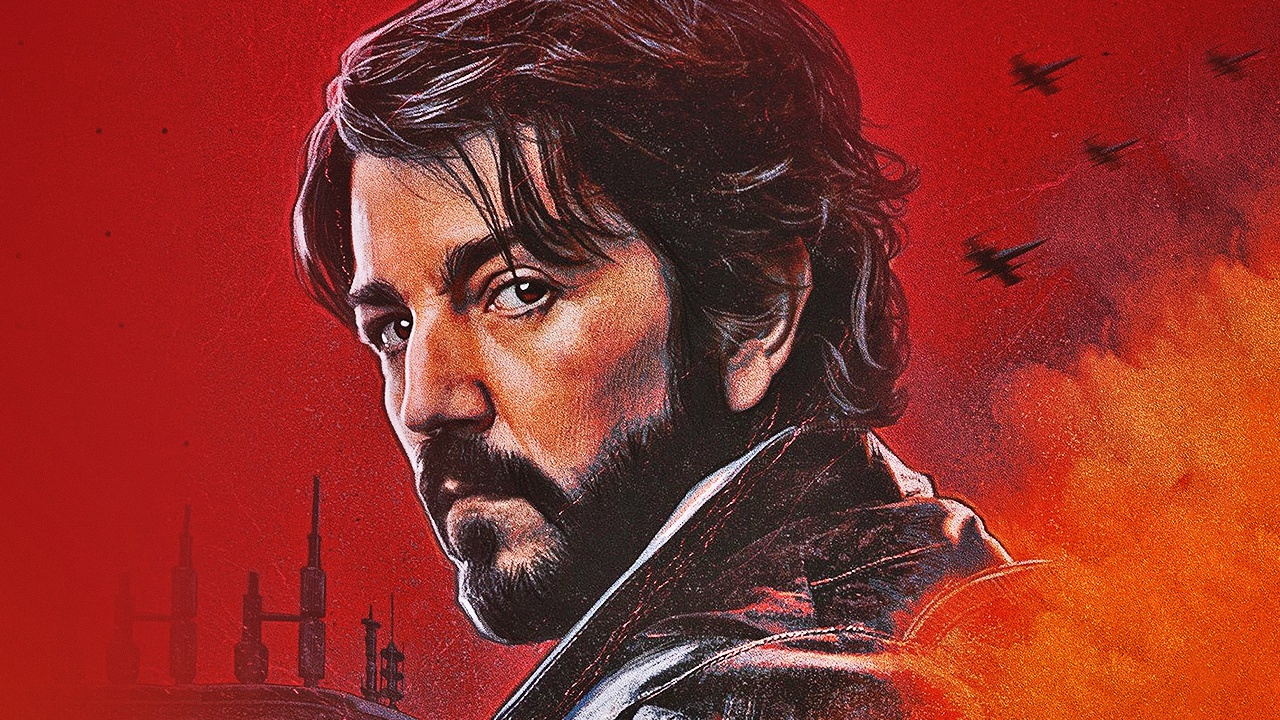 Andor is the tv series of Star Wars which is being talked about less, and it’s a real shame. Muted game after the disappointments for most of the fans of The Book of Boba Fett And Obi-Wan Kenobihas managed with the following episodes to carve out a place of honor in the Olympus of the television expansion of the George Lucas saga at its landing on Disney+. The more political and more current series was inspired by another branch of the universe other than The Mandalorian, or rather the one linked to that little gem that is Rogue One: A Star Wars Story, which chronicled the theft by a group of rebels of the plans for the Galactic Empire’s new weapon, the infamous Death Star. Set like the film some time before the events of A new hope, Andor wants to tell in two seasons of 12 episodes each the events that led to that theft, before the meeting between Felicity Jones’ Jyn Erso, daughter of the manufacturer of the weapon, and Diego Luna’s mercenary Cassian Andor.

Andor to whom this prequel series is dedicated right from the title, proposes an incredibly multifaceted character full of imperfections and contradictions compared to the Mandalorian, Boba Fett and Obi-Wan Kenobi. A character as repulsive as he is charismatic, who found himself facing more than we could have expected, forcefully winking at current events, and who now having reached the season finale, we understand why we will find ourselves so hardened by life and unscrupulous in Rogue One. The final review of Andor it will be full of tension just like the episode available from November 23 on Disney +, because it is from a revolt that has been dormant and desired for too long that everything starts. Of course, the article contains spoilers about Andor’s ending.

Andor, the funeral of Maarva

We had left Cassian Andor (Diego Luna) tried by the news of the death of his adoptive mother Maarva (Fiona Shaw), who becomes the great protagonist of this season finale through her funeral. It’s an opportunity to reunite everyone in Ferrix: on the one hand the rebel forces who have been plotting more or less in the shadows since the beginning of the season, on the other the overzealous members of the Empire sure to capture Andor, led by Dedra Meero ( Denise Gough), who will surprise find in the city the devotee (to her and to the cause) Syril Karn (Kyle Soller). There is (almost) no one missing: obviously Cassian is located underground in the city so as not to be captured and wants to recover Bix Caleen (Adria Arjona), held prisoner right there by the forces of the Empire. The ending is all built on an ascending narrative climax, which starts from the subdued silence of all those present, saddened by the loss of one of the most loved and devoted Sisters of Ferrix, and then bursts into the very beginning of the revolution that will bring the Rebel alliance to fight the Empire in the classic trilogy. From the beginning of the episode we see an ordinary kid who is assembling something in his own house, and only at the end will we understand that it is a bomb.

Andor, the review of the first episodes: Expanding the world of Rogue One

Andor, the series of monologues

Fiona Shaw is much more than a presence of mind in this pulse-pounding finale. The fuse – first metaphorical and then literal – is lit by the hologram of Maarva, who appears with a pre-recorded speech from B2EMO, the droid of the Andor house who does not want to leave his missing mistress. The speech is a true motivational monologue on resistance and rebellion, after what the Empire has done throughout the galaxy and on Ferrix, after what has been done by the rebel “heroes” who robbed the Imperial salary deposit, launching a powerful attack cheap to the imperial machine. In that speech, full of regrets but also of strength, the woman tells how right at the end of her life she found the courage to rebel, which is why she had not followed her son away from Ferrix, and now that the action is dead it belongs to his friends and fellow citizens. Andor has been a bit of a monologue series, as it is not the first time that a speech gets straight to the point and is loaded with motivational intent. The two of the tenth episode are memorable, much appreciated by the fans as it demonstrated the narrative strength of the show. On the one hand that of the character of Andy Serkis, Kino Loy, this time without Supreme Leader Snoke’s prosthetic makeup but with all his expressive prowess, who incites his companions – just like Maarva will do in the finale – to stop lowering their heads and accept whatever the Empire grants them, and choose to fight at the cost of dying. The other monologue is the one at the end of the tenth episode, by Luthen (Stellan Skarsgård), who makes us understand how no one can now pull back for the cause and that he himself is willing to any blackmail or action in order to be able to launch an attack on the Empire.

Andor, Diego Luna speaks: “We explored what leads a person to become a revolutionary”

Then in a perfectly crafted and tense action scene, with a series of explosions and breathtaking chases, the rebels rise up against their oppressors, delivering a blow that will effectively start the Rebel Alliance. Merit of writing by Tony Gilroy and directed by Benjamin Caron. At the same time, the other forces at play also move their pawns to save themselves: Luthen, the man behind the scenes par excellence who had started it all, finds Cassian again and at this point the two are ready for the second part of this intergalactic adventure together. Forest Whitaker’s Saw Gerrera also makes his way, and we know he’ll be seen again in Rogue One: A Star Wars Story. Dedra and Syril survive, while Senator Mon Mothma (Genevieve O’Reilly), after having instilled in her driver the doubt that it is her husband who is carrying out secret actions on the Empire’s accounts and not herself, proceeds with the quasi- daughter’s arranged marriage to the scion of the “alternative banker” introduced to her by her childhood friend. We have seen that the modus operandi of the show paid off in the finale, and viewers must stay tuned until the credits end, because the authors could not fail to give a taste of the already ordered season 2 with one of the symbols of this part of the story and of Star Wars all.

We close the review of the finale of Andor, enthusiastic about how the storylines dissipated during this first season have reached a turning point in this epilogue, as full of feeling as it is of action. A successful mix of writing and staging that kicks off the birth of the rebel Alliance and which leaves us with a curious and spasmodic wait for season 2, already ordered and which will conclude the pre-Rogue One journey.