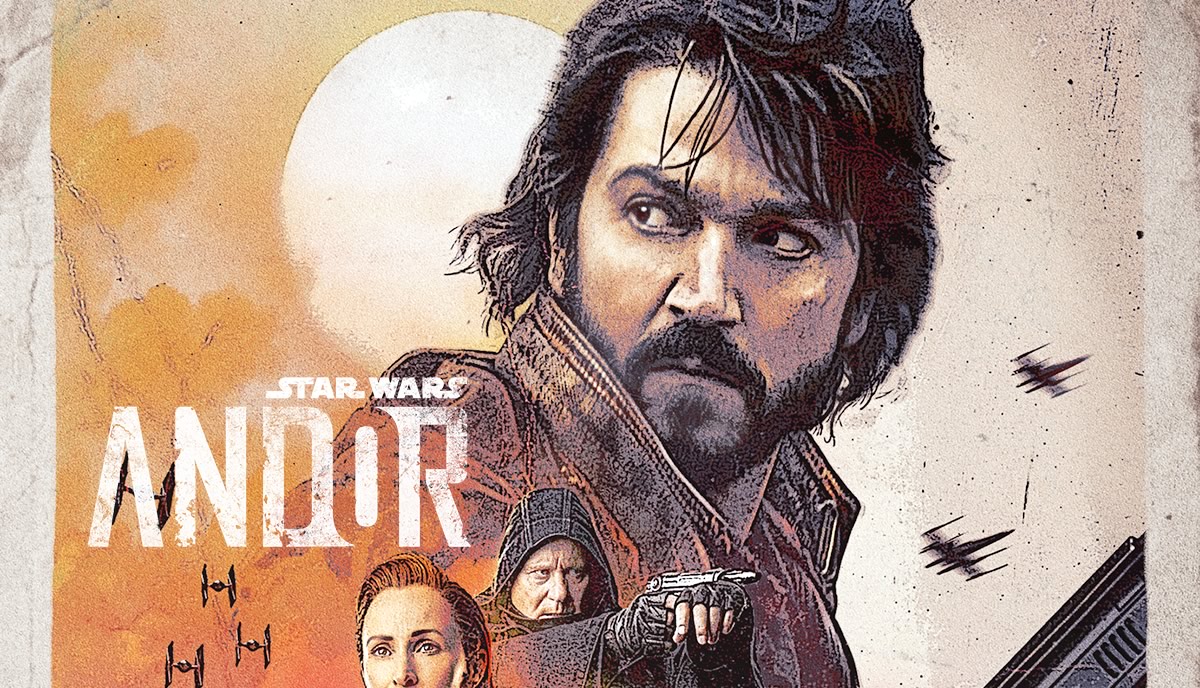 Andor, the review of the Star Wars series on Disney +

The review of the new Star Wars series for Disney + Andor, available on the platform from 21 September

After some bitter disappointments in film (The New Trilogy) and television (The Book of Boba Fett), the universe created by George Lucas is preparing to deal with new judgments. And they are the ones we address to the new creature of the Star Wars house, the TV series Andor, starting September 21 on Disney +. Out with the first three episodes, Andor is a spin-off, a sequel and a prequel, everything that can be derivative for a work within one of the most loved sagas of all time.

On the trail of Rogue One

The story follows the spark of the Rebellion and the action is all about discovering the origins of the protagonist Cassian Andor (Diego Luna), already clearly seen in Rogue One: A Star Wars Story. In a dangerous era, Cassian will embark on a path destined to transform him into a rebellious hero.

As this is an episode parallel to the classic Starwarsian continuity, Rogue One he had successfully tried to do something different, although he was aware that there is no escape from certain Disney canons.

There was more war, there was more epicity in the staging, there was more relevance to our historical past (the occupation of the Empire like that of the Nazis) and to our present-future (Death Star / nightmare nuclear) and there was even a little more violence, albeit hidden under the usual anti-blood lasers and toy explosions that of course don’t involve any civilians.

In short, it seemed to look at a different Star Wars than usual and also Gareth Edwards, who is not a great director, at least had the merit of inventing several sequences with a strong spectacular impact and of knowing how to do it on the visual side. But the thing that surprised the most then, since it was always Star Wars, was the desire to go beyond white or black characters cut with a hatchet and so the protagonists had many shades than usual, capable of making them something more than the usual heroes of the galaxy without fear, without blemish and without hesitation.

Andor: the nuances of a (not) hero

It is from this dark and gloomy atmosphere that Andor – with its first four episodes that we were able to preview – comes to life. And it is certainly on the visual level, and of the choices made in this sense, that the Disney + series finds its constitutive originality: that of a hybrid between blockbuster and personal storyespecially in the management of time, which direction and production take away from the logic of the market.

Self Rogue One he surprised us with his strongly rebellious soul, here the myth is generated by the cyberpunk sets and the atmosphere of disillusionment and pessimism typical of noir. There is no traditional hero’s journey nor a clear distinction between good and evil. The nuanced, skeptical, doubtful and deeply human nature of Andor it is what more than anything else contributes to making it special and philosophically close to the viewer.

Cassian, whose homeworld was destroyed by the Empire, is basically an ordinary thief in search of his missing sister. At the beginning of his journey, he unscrupulously kills two guards, a crime that attracts the officer’s attention. Syril Karn (Kyle Soller). Now alone and with few allies, he finds the only “new hope” in the character of Luthen Rael (Stellan Skarsgård).

Grumpy and definitely far from the Light that radiates a Jedi Knight, Cassian’s characteristics are reflected in the writing of the show, which sees Tony Gilroy as creator and as showrunner.

It is an age full of dangers, deceptions and intrigues in which Cassian will embark on the path destined to transform him into a rebellious hero. And Andor will explore a new perspective of the Star Wars galaxy, focusing on Cassian Andor’s journey that will lead him to discover how it can make a difference. The series says, among other things, that rebels may not be born, but the Rebellion is a possible conquest, and doing so immediately means becoming outlawed, forced to disobey the rule.

Like the movie Rogue One, Andor is a story of new characters, siblings, children and families who have always been the true strength of this distant galaxy. The space is infinite but the feelings and the bonds are common to all the products of the saga.

Another respectable Starwarsian constant is the role of female protagonists: women in the world of Star Wars have always been great iconic and inspirational figures: think of Princess Leia from Carrie FisherPadmé Amidala of Natalie Portmanand again at Jyn’s Felicity Jones in Rogue One or Rey’s Daisy Ridley. Here the character of Adria Arjona (Bix) is a rebel who makes us understand from the very first episodes that innovation is born by breaking the rules.

Despite initially casting a dark shadow on the future of the saga – but of which we know the ending – these first four episodes of Andor lead to sympathize with all its protagonists, to understand the reasons and want to see their rights recognized. Paradoxically, in doing so, the script ends up not being nihilistic but obviously full of hope, ‘anthropocentric’ to the extent that it reminds us that the inevitable consequence of having a rebellious soul is the desire for salvation and the will to leave a mark. .

Andor awaits you from September 21st on Disney +.

David Martin is the lead editor for Spark Chronicles. David has been working as a freelance journalist.
Previous Died at 18 in alternation between school and work, supervising students: “Enough exploitation paths passed off as training”
Next Price increases also for bread and oil, alarm from Sicily: bonuses and apps, the tools to save

PORDENONE – According to Hitchcock, silent films are the purest form of cinema. He says …