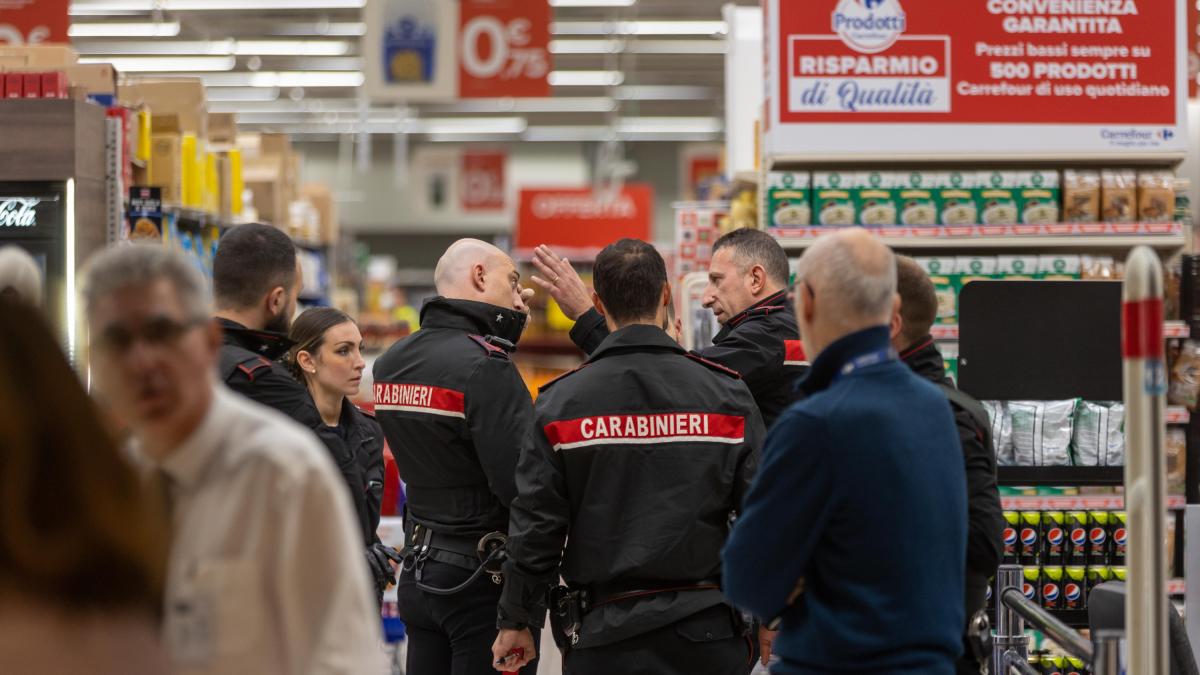 Andrea Tombolini, who is the Assago stabber

A 46-year-old hikikomori who grew up with his parents. “He had never been aggressive or violent,” the distraught father repeated for hours. A few days ago a self-harm crisis and the passage to the emergency room

On Thursday, 46-year-old Andrea Tombolini grabbed a knife from the exhibitor inside the Carrefour supermarket in the Milano Fiori shopping center in Assago, Milan, and hit five people, including Monza footballer Pablo Marì, killing one, the 47-year-old Luis Fernando Ruggieri. The attacker was blocked and taken to the barracks: now he is accused of murder and attempted murder

Solitarywithout a girlfriend, practically without friends. Andrea Tombolinithe person responsible for the stabbings on Thursday evening at the Milanofiori Shopping Center in Assago, just outside Milan, was a kind of 46-year-old hikikomori, a boy who grew up with his parents, almost afraid of the world around him. “Good people,” repeat acquaintances and investigators speaking of Mom and Dad Tombolini, who have always tried to stay close to that “anxious” and “caring” son. He had not isolated himself from society by choice, but since he was a boy he had naturally remained on the fringes of the company of friends, of fun, of life. Medium height, strong build, eyeglasseshe arrived by bicycle at the mall, wearing a black tracksuit, a jacket and tennis shoes.

“He had never been aggressive or violent,” the distraught father repeated for hours in front of the carabinieri. Words that seem a defense of circumstance in front of the images from surveillance cameras of the Carrefour of Assago showing Tombolini running with the knife in his hand and randomly injure his victims. Instead it really seems to be so (in this article the interrogation of Andrea Tombolini).

Because before the assault on Thursday afternoon in the Assago shopping center the only violent episode that concerns him would be linked to a hospitalization in the emergency room, on October 18, after a self-injurious gesture. On that occasion, Tombolini’s own family members would have called for help: him in the throes of a crisis he had punched himself in the head and face. He had done everything by himself and in front of the doctors of the San Paolo he had not been able to explain why. He had left the hospital with a referral to the psychiatric services for further investigation. A basic process, which was not followed by urgent hospitalizations or mandatory health treatments. “A discomfort not noticed but because it had never given signs of aggression.” As explained by the chief prosecutor of Milan Marcello Viola during the press conference on Friday, Tombolini he had scheduled a psychiatric visit in early November because the family had considered it appropriate, given the self-harming behavior.

After hospitalization, Tombolini he had returned home with his parents, in the Stadera district, on the southern outskirts of Milan, to his solitary life and in his closed and isolated world. In his health file, now at the center of the investigations by the carabinieri coordinated by the prosecutor Paolo Storari, there would be another crisis, but not violent, after a back surgery. Not “a delicate operation on the spine” as the 46-year-old told his parents, but a routine operation, with no physical consequences. But it had become something of an obsession for him, as if “he was seriously ill, about to die,” the parents told investigators. It wasn’t like that, but in his head that idea had begun to bounce pounding.

Tombolini is now hospitalized guarded in a room in the San Paolo psychiatry ward. “I thought I was sick, that I was sick. I saw all those happy people, who were fine, and I felt enviousHe told the carabinieri. The conditions of him appeared to the investigators incompatible with the prison, for the moment, even if is under arrest for murder and attempted murder. He was questioned by the prosecutor Paolo Storari, he chose not to make use of the right not to answer, he told some flashes of what happened on Thursday. But now his version will have to be confirmed by investigators’ findings. Now it is in the hands of the doctors in an attempt to make him regain some clarity. He has not yet explained in detail the reason for his raid with the knife in hand.

When the Corsico carabinieri stopped him he was on the ground near the crates, stained with blood, just screaming “kill me”. He has never been aggressive with investigators, he let himself be handcuffed and carried away. Al Carrefour had arrived seven minutes before carrying out the assault. The external cameras confirmed this. He parked his bikes outside, he went inside, then headed for the housewares aisle. He easily took a knife from the exhibitor after having chosen it carefully (now Carrefour is taking safety measures in all the supermarkets) then waited a few seconds before rushing through the departments. “He was screaming nonsense words,” the witnesses say. She screamed and hit. It all lasted a minute. Then he was stopped, fell to the ground and allowed himself to be arrested. As if her outburst of anger had ended with his strength.

Videogames entered his life in the late '80s, at the time of the first meeting with Super Mario Bros, and even today they make it a permanent part, after almost 30 years. Pros and defects: he manages to finish Super Mario Bros in less than 5 minutes but he has never finished Final Fight with a credit ... he's still trying.
Previous the scene that explains the loss of the sample
Next Disney Plus TV series streaming in November 2022