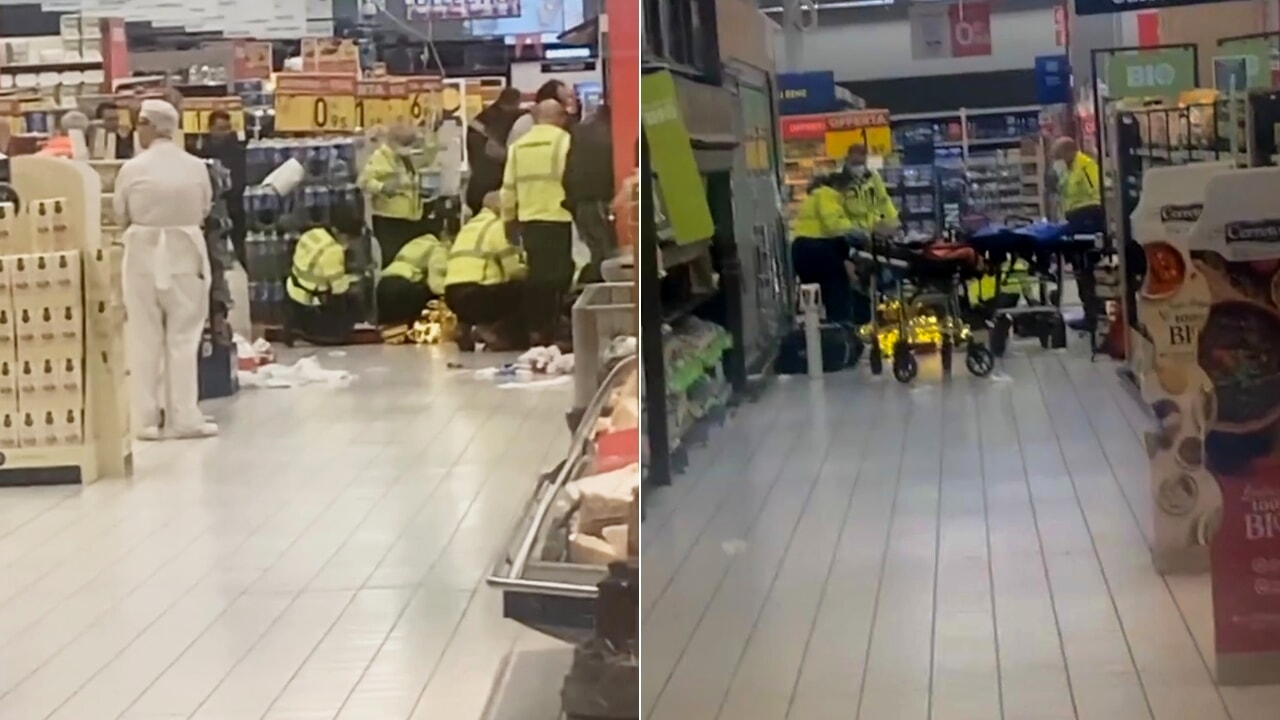 Andrea Tombolini: who is the man who stabbed 6 people in the Assago shopping center

Is called Andrea Tombolini and has 46 years old the man who stabbed six people and killed one in the shopping center of Assago. Among the wounded in the Carrefour from viale Milanofiori also the footballer of Monza Pablo Marì. The CEO Adriano Galliani he said the player was shot in the back and is fine. The prosecutor Paolo Storari accused Tombolini from homocide And attempted multiple murder. According to the investigators, the man has serious mental problems. The former footballer Massimo Tarantino he disarmed the man: “He was screaming, he was just screaming,” the former player, now sports manager, told the numerous television cameras last night. “I hero? I did nothing…”. Tombolini it is guarded inside the barracks in via della Moscova. Last October 18 he was treated in hospital for some injuries to his face that he had self-inflicted by punching himself.

The stabbing in the Carrefour

Tombolini entered the Assago shopping center at 18.35. She reached the housewares aisle and took a kitchen knife. Then she started running and screaming. She hit her victims from behind and picked them at random. Among these a man of 40 years and two elders of 72 And 80. The employee Luis Fernando RuggeriBolivian of 47 years old, was hit by a single stab in the chest and died en route to the hospital. Tombolini was stopped near the cash desk 19. First he was portrayed by surveillance cameras as he screamed with the knife hitting customers who they went shopping. There other customers, including Tarantino, they managed to disarm him. Tombolini’s parents will later tell the carabinieri that the man was increasingly depressed in recent times. The collapse came after surgery at the vertebral column.

According to The day the man would scream “Kill me, take me” while customers tried to block it. The carabinieri found him lying on the ground with a bloody knife beside him. At the moment the people involved are 6have come on 28 ai 81 years. The carabinieri of the provincial command of Milan are working to rebuild the dynamics. Three of them are coded red. To the news agency Handle a girl who was in the mall said that she and her friend were “really terrified. We didn’t understand what was happening, we saw people running away in tears. I was very impressed with a girl who was crying, completely in shock“.

Another girl was at the Carrefour bar: «We stayed in the back of the bar while we also saw the rest of the restaurant close by hiding the people inside. Then after about 5 minutes a Carrefour saleswoman arrived who had witnessed the first attack, she did not speak of weapons but only of a madman. She was upset and the girl from the bar helped her. ‘ Soon after, “we have seen people running away and we left too, we went out while the loudspeaker of the shopping center was asking for the urgent intervention of a doctor and we left as quickly as possible ».

Pablo Marì will be operated on

Meanwhile Pablo Marì will be subjected to a surgery. The footballer, who is not in danger of life, spent the night in the Niguarda hospital, where he was hospitalized after the attack. One of the injured, a 30-year-old Carrefour employee of South American origin, died. They remain severe the conditions of other injured people. Today the point of sale Carrefour will remain closed as a sign of mourning. “We are deeply saddened to learn of the death of one of our employees”, said Christophe Rabatel, CEO of Carrefour Italy: “We gather around his family, with whom we are in contact to express our condolences and we are close to the families of the other victims involved. Episodes of this kind should never occur at all, especially during the course of one’s work ».

Videogames entered his life in the late '80s, at the time of the first meeting with Super Mario Bros, and even today they make it a permanent part, after almost 30 years. Pros and defects: he manages to finish Super Mario Bros in less than 5 minutes but he has never finished Final Fight with a credit ... he's still trying.
Previous Europa League: HJK-Roma 1-2 – Football
Next Eve versus Eve. Meloni to Serracchiani: “Do you think I’m a step behind men?”