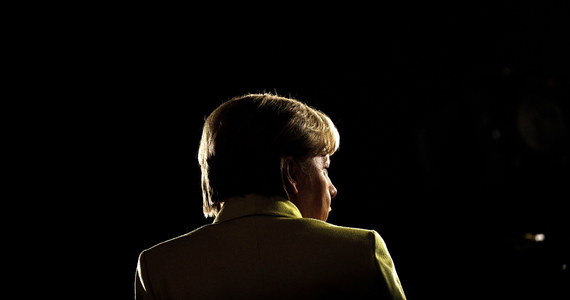 Angela Merkel. What will her pension be?

Angela Merkel he likes to cook potato soup and bake a plum cake with crumble topping. These are typical German autumn dishes. However, in recent weeks she has not had time to prepare them. From the September elections to the Bundestag, she is still the head of the government until the appointment of a new chancellor. This is due on December 8. Merkel’s rule of almost 16 years will end, only a few days shorter than the era of her political patron, Helmut Kohl. In 1998 he passed away after 5,870 days as chancellor of Germany.

In the past weeks, Merkel time and time again she was doing something one last time. In the Bundestag, she was the last time she sat in government benches, the last time she chaired a government meeting or a crisis conference with prime ministers of the federal states. The Bundeswehr honored her with the Big Cap – a ceremonial military ceremony with an orchestra and torches.

Angela Merkel also visited many capitals around the world for the last time as Chancellor. However, it did not seem to say goodbye to the sadness of traveling in this role. When Italian Prime Minister Mario Draghi said on the sidelines of the G20 summit that he hoped to see Merkel in Italy more often in the future, “perhaps on less official occasions,” Merkel replied that she would soon be able to enjoy her love for Italy quite differently when she was no longer there. chancellor of Germany.

It is not a very specific announcement. Merkel is resigning from office, but will still be officially called “Mrs. Chancellor”. When speaking or writing about it, you will have to add the abbreviation aD, meaning “ausser Dienst” – “at rest”. It may also be called “Altbundeskanzlerin” or “Altkanzlerin” which literally translates to “old chancellor”.

On the first day as “old chancellor” Merkel will start a new life. She did not want to reveal for a long time what it would look like. She unveiled the secret in July during her visit to Washington. She said she wanted to take a break first and not accept any invitations. She must realize that her previous tasks are “being performed by someone else”. But – she added – “I think I will like it very much”.

In her spare time, Angela Merkel wants to think first about what really interests her. She hasn’t had much time for this in the past 16 years. When she was asked this question, she had received an honorary doctorate from Johns Hopkins University. – Then maybe I will try to read something, my eyes will close with fatigue, I will sleep a little, and then we will see where I will appear – she said with a smile.

The artist photographer and crime writer has already envisioned the future. Andreas Muehe photographed the double of the German chancellor in poses emanating calm and even loneliness, and showed his photographs at the exhibition.

In turn, the author of crime novels, David Safier, assumes that Angela Merkel will quickly get bored without having a full calendar. In the humorous detective story “Miss Merkel”, the former chancellor, after moving to her home in Brandenburg, which until now was her dacha, struggles with a quiet life in the countryside. Just hiking and baking cakes? In Safier’s novel, reminiscent of Agatha Christie’s crime novels about Miss Marple, Merkel discovers the murder and investigates eagerly.

It’s a humorous book, but the question posed in it is legitimate. Can a person who has worked from early morning to late evening for decades and has such a great responsibility switch off overnight? “What you miss, you usually only notice when you don’t have it anymore,” said Angela Merkel recently in Berlin.

On July 17, Angela Merkel turned 67 years old. He certainly doesn’t have to worry about his financial situation. As chancellor of Germany, she earned 25,000. euro per month. On top of that, it was just over 10 thousand parliamentary diet; Merkel was a member of the Bundestag for 30 years. When it stops working, first by three months he will receive his salaryand then, for a maximum of 21 months, its half as a transitional salary.

Later retirement will include various benefits for chancellor and ministerial positions and for sitting in the Bundestag. The basis for the calculation, which is accurate to five decimal places, can be found in the so-called Federal Ministers Act of 1953. Federal Chancellors are entitled to 27.74 percent. their previous salary after at least four years in office. With each successive year in office, this entitlement increases by 2.39167 percent, to a maximum of 71.75 percent.

As a result Angela Merkel can count on a retirement pension of around 15,000. euro per month. He also has the right to personal protection and a company car with a driver for the rest of his life. In addition, she will have an office at the seat of the Bundestag in Berlin and has applied for the employment of the head of the office and his deputy, two clerks, two professional staff and two drivers.

Former government employees are bound by law to secrecy. But even if they are not allowed to gossip, they are popular in the business world. As advisers and because of their political contacts. Some of Angela Merkel’s predecessors later went into business. Helmut Schmidt became editor of the weekly “Die Zeit” in 1982 and was a popular speaker. – I adopted a rule not to give a lecture for less than 15,000. dollars – he revealed in 2012

Former chancellors Helmut Kohl and Gerhard Schroeder far better than Schmidt had turned their political past and fame into money. Kohl founded a political and strategic consulting firm where he made very good money as a lobbyist and consultant.

Also read: Angela Merkel used a cipher. It is enough to enter the wardrobe

Many were shocked by the case of Gerhard Schroeder, when in 2005 (just a few months after leaving the Chancellor’s Office) he commissioned Nord Stream, owned by Russian Gazprom. As Chancellor, Schroeder supported the construction of a gas pipeline near the Baltic Sea.

In the meantime, regulations have been introduced that former members of the government must ask the Chancellor’s Office if their activities will not “harm the public interest” before entering the business world. The Ethics Committee, which advises the government, can impose a grace period of up to 18 months in case of doubt.

Does Angela Merkel keep an eye on the new job or honorary position? So far she hasn’t said a word about it. It is at least likely that she will stay in Berlin for now.

Her husband, the quantum chemist Joachim Sauer, is not yet thinking of quitting his job. Despite being a retired professor at the Humboldt University of Berlin, the 72-year-old has extended his contract. Until 2022 for now.

Fogiel in “Rymanowski’s Breakfast in Polsat News and Interia”: We met as opponents of the idea of ​​EU federalisation
Polsat News

Videogames entered his life in the late '80s, at the time of the first meeting with Super Mario Bros, and even today they make it a permanent part, after almost 30 years. Pros and defects: he manages to finish Super Mario Bros in less than 5 minutes but he has never finished Final Fight with a credit ... he's still trying.
Previous Premier League. Ralf Rangnick with a successful debut. Tottenham still in shape
Next Ski Jumping. Vistula. Jan Hoerl is the best

The homily must shake the hearts, Pope Francis said today and admonished that the sermons …