The marriage of Jon Voight and Marcheline Bertrand only lasted five years. In 1976, the couple announced the separation, and the actor was accused by his wife of infidelity. Four years later, there was a divorce. Voight admitted treason in an interview with Vanity Fair:

In 1981, Bertrand was divorced and single mother of two young children: 7-year-old James Haven and 5-year-old Angelina Jolie. For the family, she devoted her dreams of an actress’s career, which she had a chance to make thanks to her exotic beauty. Angelina repeatedly emphasized her mother’s sacrifice in interviews:

She has never forgiven her father for abandoning his family. Although, it was thanks to him that she first appeared on screen in the movie “Lookin ‘to Get Out” in 1982, but then for years she rejected every opportunity to meet. And when she began to achieve her first successes in Hollywood, she explained that she gained inspiration for the profession of an actress by watching productions with the participation of her mother, and the famous father had no influence on it.

In 2001, there was another meeting of the famous father with his even more famous daughter on the set of the movie “Lara Croft: Tomb Raider”. Although Voight tried to warm the relationship, Angelina remained insensitive. Especially since she indirectly blamed him for her mother’s illness. Two years earlier, Marcheline Bertrand was diagnosed with ovarian cancer.

Jon Voight had repeatedly heard Angelina and her brother James Haven criticize him as a father. In one of the interviews he confessed:

The conflict with her daughter worsened in 2002, when Angelina adopted a Cambodian boy and stripped her name Voight in court. Her father appeared on Access Hollywood and said:

A scandal broke out, fueled by subsequent Voight’s statements, who said in interviews:

How did Angelina react? She completely cut off contact with her father and argued her decision as follows:

She feared that Jon Voight’s statements might affect her custody of Maddox: 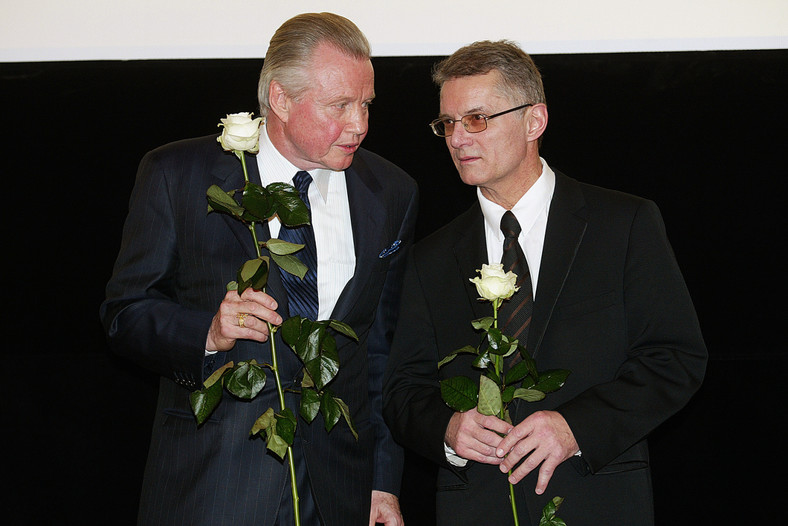 Brad Pitt joins his quarrelsome daughter with his father

In January 2007, Marcheline Bertrand lost the fight against cancer. She was 56 years old. Her last dream, if you believe the American tabloids, was for her daughter to reconcile with her father. However, neither Angelina nor her older brother were going to renew contact. James Haven confessed in an interview:

It was Brad Pitt who persuaded Angelina to reconcile with her father, primarily for the sake of their children. In February 2009, Jolie and Voight met face to face. They agreed that they would never go back to the past and that all events between them would be forgotten.

After nearly a decade of family feud, Jon Voight accompanied his daughter to the premiere of her directorial debut “Land of Honey and Blood” (2011). Later in interviews he emphasized:

Jon Voight didn’t know about his daughter’s surgery, he wasn’t at her wedding

Although the contact was established, Jon Voight had to accept that his daughter was deciding what their relationship would look like. Angelina did not tell him about her health problems. He learned from the press that she had undergone a double mastectomy. As he revealed in an interview with the “New York Daily News”, On May 14, 2013, he read in the New York Times about his daughter’s surgery, and two days earlier he had met with her and Brad Pitt at a birthday party at James Haven’s. He honestly admitted:

When asked if he was offended that his daughter had not informed him about her problems personally, Voight replied evasively:

The situation repeated itself the following year when Angelina did not invite her father to marry Brad Pitt at Chateau Miraval. Jon Voight did not hide his daughter’s happiness. Portal journalist E! Online He said:

Dark clouds over Angelina Jolie’s relationship with her father

When in September 2016 the media was excited about the news of Angelina Jolie and Brad Pitt’s divorce, journalists hoped that Jon Voight would tell about his daughter’s situation. The actor surprised everyone with his very careful statements. For example, the one for E! Online:

Angelina appreciated her father’s restraint and there was a breakthrough in their contacts. Paparazzi often caught Voight with his daughter and grandchildren on an ice cream or sushi expedition. Unfortunately, their relationship has been blazing again recently. Reason? The affection Jon Voight shows for his ex-son-in-law. The actor praised Brad Pitt many times, especially appreciating his “wise fatherhood”. It’s no secret that Jolie allowed children to do everything, and Pitt tried to impose some restrictions.

Jon Voight never accepted his daughter’s decision to take full custody of Maddox, Zahara, Pax, John (Shiloh adopted this name in early 2020 when she started hormone therapy – the first step in the sex change process), Vivienne and Knox. He has learned for himself what the exclusion of a father from his children’s lives can lead to. Loud talks about the laws of Brad Pitt, and this – as you can easily guess – does not like Angelina. Will the relationship between Jon Voight and his daughter be severed again? 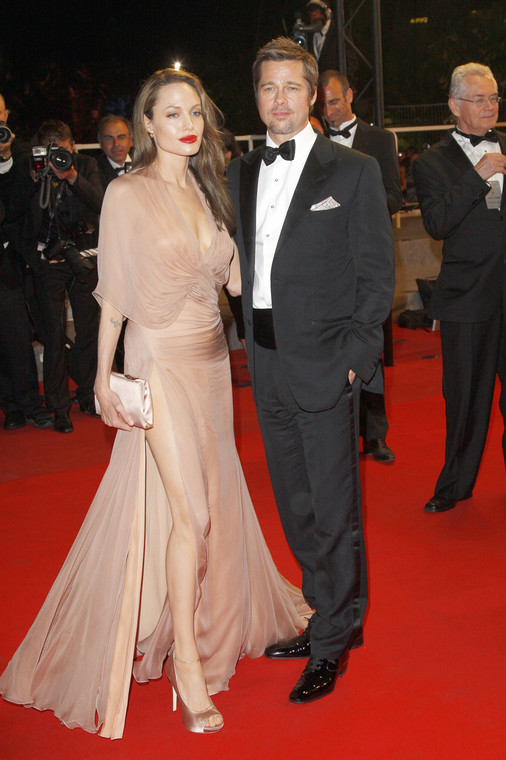 Angelina Jolie and Brad Pitt at the Cannes Festival