In addition, it is not at all certain whether the image created by Hollywood geniuses will gain popularity among viewers. Especially when it comes to games like “Tomb Raider”. The production quickly gained immense popularity. When the information about the planned film adaptation appeared, the expectations were really great. The main concern was that the film would be just a clumsy excerpt from the entire plot. As it turns out, these concerns were shared by Angelina Jolie, who was offered the role of an alluring archaeologist in the production of “Tomb Raider”. Only 20 years after making this film, the actress revealed that she had originally refused the creators.

In 1996, a new star appeared in the gaming world. Her name was Lara Croft and she was an archaeologistwho was looking for lost artifacts. The computer game “Tomb Raider” has become a real hit. It was a surprise for players because it introduced a new perspective – the production was a precursor to action games observed from the perspective of a third person with a view of the main character’s back. The plot was also interesting, as it differed greatly from previous productions.

However, most of all, the game gained popularity thanks to the main character, i.e. Lara Croft. Armed to the teeth, a dangerous and agile archaeologist, she could also be seductive. Of course, within the limits of the computing capabilities of the time. Regardless of everything, the game got its next parts very quickly, and each subsequent one had improved graphics, thanks to which Lara Croft took on even more feminine shapes. This character also found its place in pop culture quite quickly. Suffice it to say that during each subsequent Halloween celebration, many more archaeologists armed with submachine guns appeared.

At the same time in the world of cinema the young actress Angelina Jolie was beginning to climb the ranks of popularity and fame. The daughter of an experienced, talented and repeatedly appreciated actor – John Voight – made her way to a career, playing in such productions as “Hackers”, “60 seconds”, but also the music video for the song “Anybody seen my baby?” Rolling Stones. The actress was assessed differently, for her role in the production of “Gia” she received a Golden Globe, and for her amazing performance in the movie “Interrupted Music Lesson” she won the first Oscar in her career.

Angelina Jolie. Why had she refused to play Tomb Raider?

And although at the turn of the century, Angelina Jolie has already made her presence known in the Hollywood world, it was only the production of 2001 that shot her popularity into the heavens. This production was the screening of the computer game “Tomb Raider”. Angelina Jolie was selected to play the lead role in this production, but the young actress refused. Why? The actress confessed this two decades later in an interview with Collider magazine:

The producers felt quite the opposite. And they did not give up, because they saw Jola in the role of an archaeologist. They decided to tempt her with something the actress loved: traveling. Angelina Jolie in the same interview stated:

“They told me I could travel the world and train with the British armyso I had three months to find out what I could do with myself. I encourage absolutely everyone to do the same. Choose whatever you can do. Give yourself some time – even a few months – try to break your limits and let yourself see for yourself what you can really do. Believe me – you will learn many things about yourself and what you thought you were unable to do. I love it “. 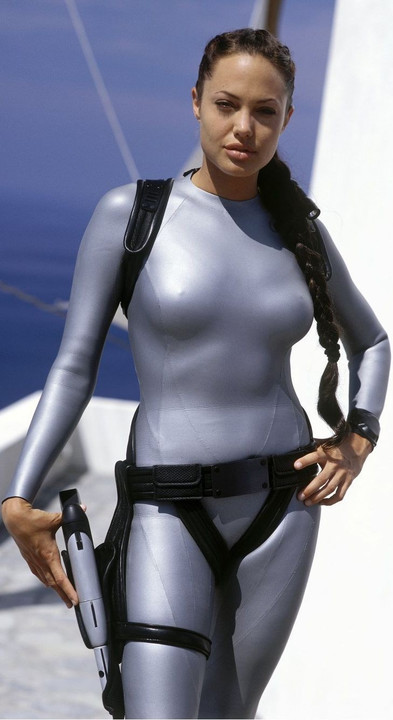 The actress finally accepted the proposal, and with it she had to drastically change her habits and activities. Before the first smack on set, Angelina Jolie had to master a British accent, attended and completed an intensive martial arts course, and learned to use firearms. In addition, she had to – and did – quit smoking and even switch to a strict high-protein diet.

Until the film’s release in 2001, expectations – and not just for game fans – were really high. At that time, the game “Tomb Raider” had several parts, a Lara Croft was already an iconic figure. When Angelina Jolie appeared on the screens of the cinema looking for historical artifacts and firing various types of weapons, opinions were divided. For some film critics and players, the production was what they feared: a shallow tale transformed into Hollywood style. For others – the female version of Indiana Jones, which not only saves the world, but also confirms the strength of women. 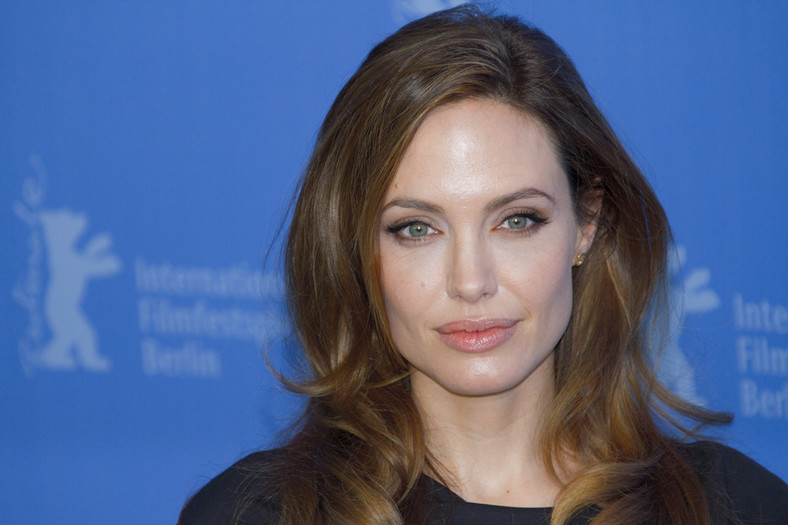 The best rating, however, was given to the film by viewers – the film turned out to be a hit, earning over 275 million dollars, and Angelina Jolie has received a massive boost in popularity. Ba! She became an iconic actress who had to prove over the years that she was not an actress of one role.

The movie “Tomb Raider” turned out to be not only a breakthrough in her career, but above all in her private life. Pictures for the production were shot in many parts of the world. One of them was Cambodia, which was presented in the film as a magical land with picturesque views. However the truth that the young actor found was really painful and sobering for her. The enormity of poverty, and most of all the suffering of the children, shocked her. And they embarrassed.

In her youth, Angelina Jolie was a wayward, self-centered child who could mutilate herself, demand attention and have whims. After the premiere, the actress returned to the country where the pictures were shot to try to help the people living there.

There was a mission in her life – helping children from the poorest countries. Angelina Jolie, thanks to “Tomb Raider”, became the UN ambassador and visited many countries. In 2001-2002, apart from Cambodia, she visited Africa, Pakistan, Ecuador and Syria. She introduced a provision in each of her film contracts that one third of the fee is to be spent on helping victims of wars and starving children. During one of her speeches, she said:

The influence of the film on Angelina Jolie’s life was so powerful that, in addition to material help, social assistance, the actress decided to make a direct gesture: she adopted one of the children who lived in a Cambodian orphanage. “Tomb Raider”, in which she initially did not want to play at all, turned out to be a breakthrough for Angelina Jolie.