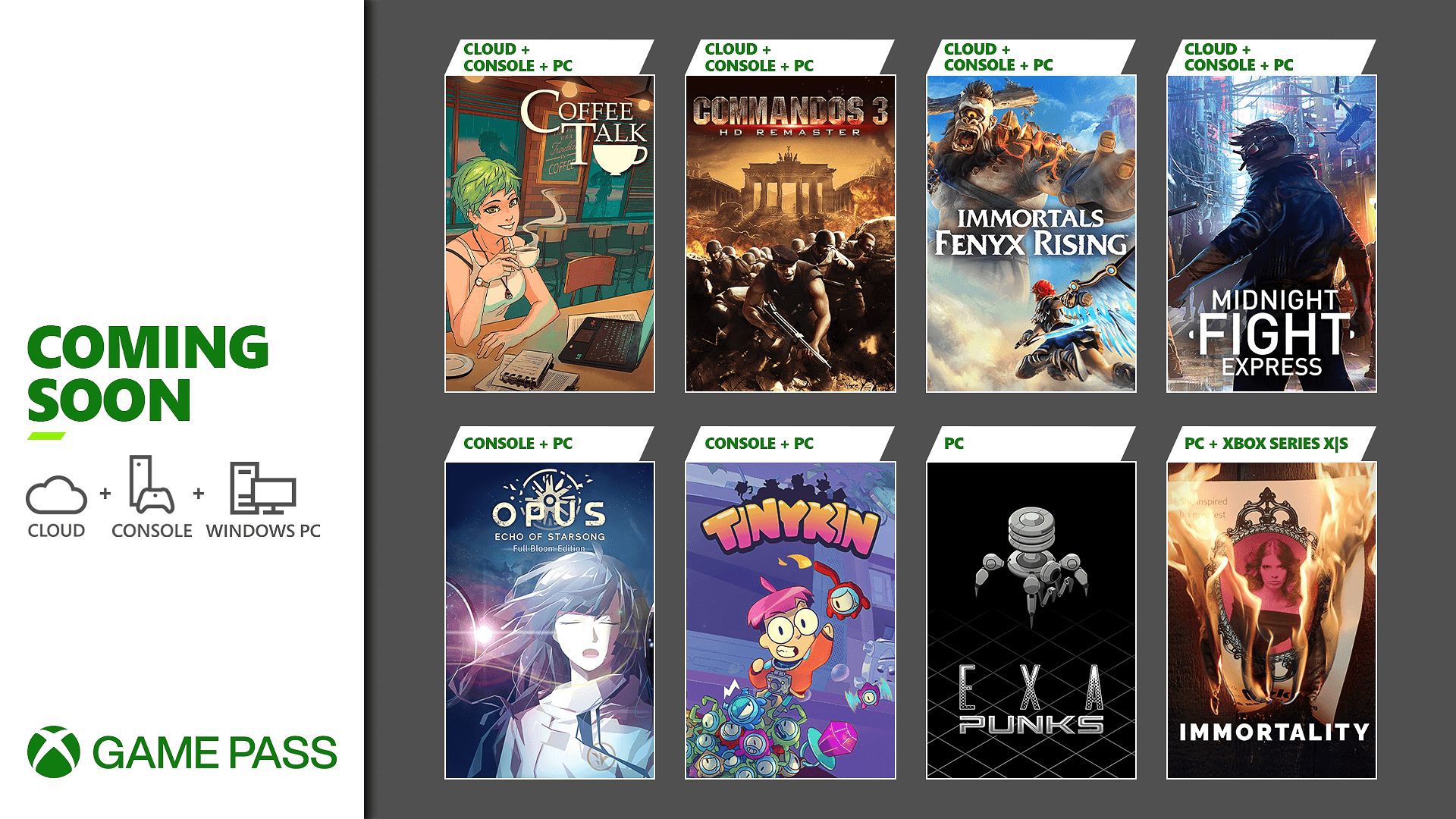 announced the games of the second half of August 2022

Even the second half of August promises to be very interesting for Xbox Game Pass subscribers, especially thanks to the arrival of Ubisoft’s Immortals Fenyx Risingalong with many other indie and AA productions of moderate depth.

Among the upcoming games we also report Exapunks, Midnight Fight Express and Commandos 3 HD Remaster on day one.

The following games instead gain compatibility with Touch controls on smartphones and tablets via the Cloud:

In the end from 31 August the following titles will no longer be available:

He likes dogs, pizza and popcorn. Already a fanboy of Nintendo and Sony, but today throws anything. He has collaborated on sites and magazines such as GameBlast, Nintendo World, Hero and Portal Pop, but today is dedicated exclusively to Spark Chronicles.
Previous Tales of the Walking Dead
Next Here we go again: another solution that retires the fork – News