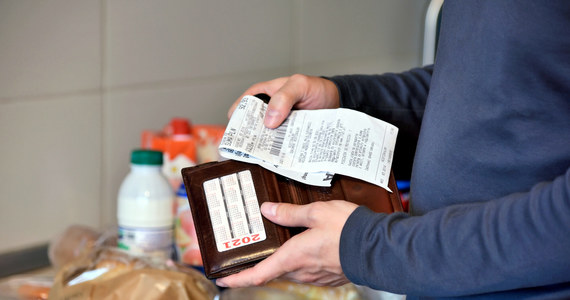 Anti-inflationary shield. Economists: good for the economy, but inflation will come back later?

The impact of the so-called the anti-inflationary shield unveiled by the government today is that “inflation will be flatter next year“As Wojciech Stępień, economist of BNP Paribas explains on Twitter:” its decline will not be visible from February, March, on which many people were counting. However, from the point of view of GDP growth, the shield is a good solution. “

Stronger GDP growth and a longer period of high inflation (even if its peak falls below) also potentially necessitates even higher interest rates. NBP. FRA rates are rising after the announcement of tax changes and the market begins to expect rates to rise to 3.5% next year. https://t.co/dicLQZwxa8
– Wojtek Stepien (@wstepien_)
November 25, 2021

The economist also points out that a longer period of high inflation and stronger GDP growth also potentially necessitate even higher interest rates. NBP. “FRA rates are rising after the announcement of tax changes and the market is starting to expect rates to rise to 3.5% next year,” he wrote.

But PLN 10 billion more in the pockets of Poles, which will result from the anti-inflationary package, will translate into higher inflation in some time.

– So the effect of the government’s actions will be twofold – on the one hand we will have lower inflation in the short term, but in the medium term we are strengthening the economic stimulation effect. In addition, there is a reduced base for calculating inflation at the beginning of 2023 – noted in an interview with PAP Bank Pekao economist Piotr Bartkiewicz.

Piotr Bujak, chief economist of PKO Bank Polski, translated in Polsat Newsthat with the implementation of government measures, the peak inflation in January-February will be slightly above 7%, and not at the level of 8-9%, as previously forecasted.

– There will also be no need to react violently on the part of the central bank – the scale of interest rate increases. it may be lower than it would have to be if inflation continued to rise – assessed Bujak.

The main elements of the government program are reductions in excise duty on motor fuels and a reduction in tax on retail sales of fuels, reduction of VAT on gas as well as VAT and excise duty on electricity.

– Our calculations show that these measures will lower inflation by approx. 0.3-0.4 percent. next year. This means that at the beginning of next year, instead of a sharp inflation peak, we will have a “plateau” of about 7.5 percent, and the average inflation will amount to about 6.2-6.3 percent throughout the year. – said Bartkiewicz.

The factors lowering the CPI include: cutting VAT on energy and gas (it will subtract 0.5-1 percentage points from the CPI (this solution applies for 3 months), it will temporarily ease the impact of tariff increases – cutting taxes on fuels (-0.25 percentage points). with CPI; valid for 5 months).

However, ING economists emphasize that the deflationary measures are followed by those that will raise inflation. They mention, among others cover accessory, which will be another demand impulse, but also an increase in the minimum wage from January 2022 (by a minimum of 7%) and tax solutions in the Polish Lada, which will increase demand on the one hand, and on the other, force companies to raise increases for employees who will lose on new regulations to “preserve the wage structure”.

“Because These measures make little difference to the outlook for inflation: they temporarily reduce the inflationary impact of energy prices, but other measures fuel wage and demand pressures, which will be the main factor in inflation in 2022.“- assessed the economists of ING Bank Śląski.

What to invest in? Stocks, gold, real estate?
eNewsroom

The variety offered by video games never ceases to amaze him. He loves OutRun's drifting as well as the contemplative walks of Dear Esther. Immersing himself in other worlds is an incomparable feeling for him: he understood it by playing for the first time in Shenmue.
Previous OPPO Find X3 Neo (12/256 GB) at a great price!
Next Manchester United has found a coach to lead the team until the end of the season. There is an agreement!