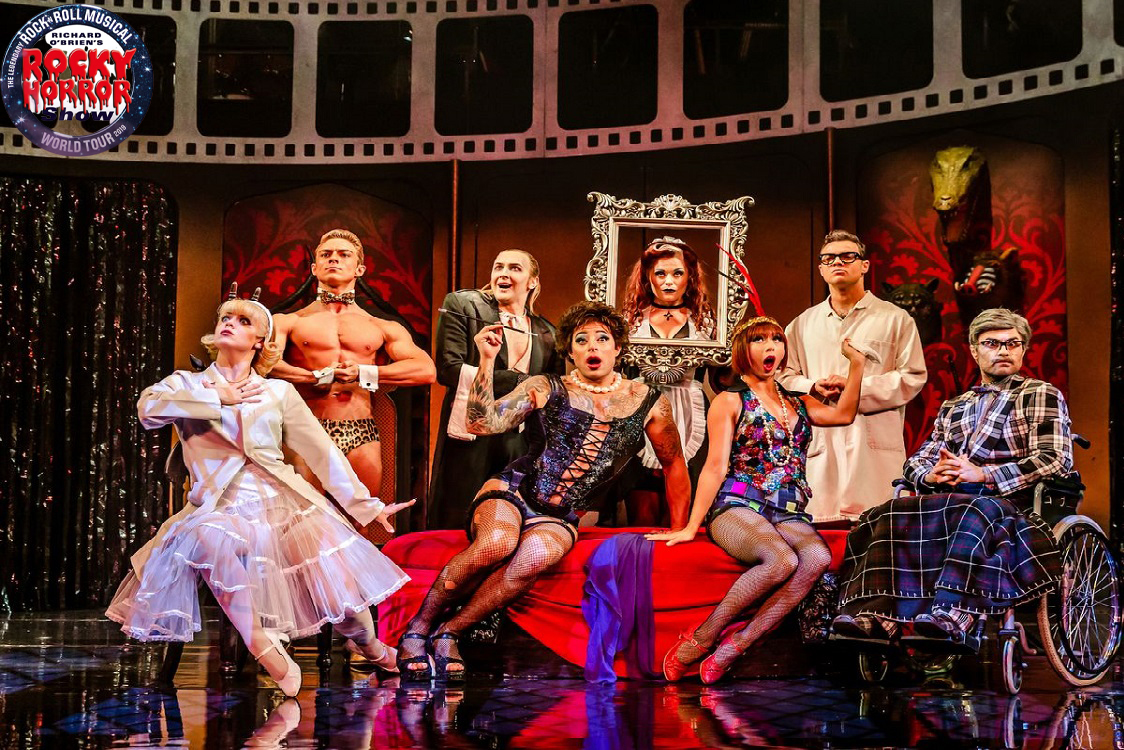 Universally recognized as one of the most loved and applauded shows in the world, “Richard O’Brien’s Rocky Horror Show” will be Milan in its original version at TAM Teatro Arcimboldi Milan from 11 to 23 October 2022.

Since 1973, The Rocky Horror Show has seduced with its whole transgressiveness 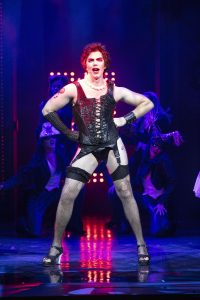 generations of spectators, conquering even the most upright believers and turning them into devoted fans with corsets and fishnets. After more than 40 years, Richard O’Brien’s wonderful creature does not stop overwhelming, involving, subverting the rules. It has traveled to more than 30 countries, has been translated into more than 20 languages ​​and is now back on tour under the direction of Christopher Luscombe. Thousands of fans have created fan clubs, watch the film hundreds of times, disguise themselves and always actively participate in the show (as required by the philosophy of the “Rocky Horror Show”). And this is how Rocky, precisely because of the enthusiasm and participation of its audience, turns every night into a great non-stop party made up of those timeless hits that everyone, at least once, has let themselves be carried away as ” Sweet Transvestite ”,“ Damn it Janet ”and“ Time Warp ”.

Unmissable appointment at the Arcimboldi Theater with the new, exciting, wild show of the ROCKY HORROR SHOW!

… We advise you to keep fishnet stockings and guêpière ready!

Referred to as “the mother of all musicals”, The Rocky Horror Show is a one-of-a-kind show. It’s surely the most transgressive and daring musical that has ever been conceived. The history of Rocky Horror does not begin with a film, but with a small theatrical production in London, written by Richard O’Brien to keep himself busy while looking for work as an actor. London, Royal Court Theater Upstairs, June 16, 1973: a phenomenon was about to be born. It was the first in a series of previews of the new musical, described as “a monstrous web of insane mutants, docile transvestites and muscular monsters …”.

The cult phenomenon ROCKY HORROR it was being born in a small experimental theater of only sixty seats.

Six weeks of performances are planned but, from the first evening, the success of critics and audiences is such that a black market for tickets for the show is soon created. The production then decides to move the show to the King’s Road Theater where it will continue to sell out until 1974, the date of the American debut. Famous spectators include great rock stars like Elvis Presley… A note from that memorable night describes how, although it was mid-June, “thunder rolled in a livid sky, lightning flashed and the rain turned the streets into rivers.” It was the right omen of immediate success. The legend of The Rocky Horror Show is still alive and has become an international symbol, a phenomenon of global proportions followed by countless fans.

In 1975 a film version was made from the musical. The 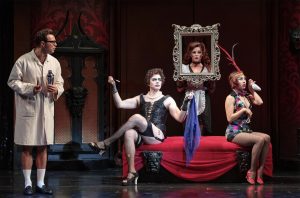 “Rocky Horror Picture Show” the film version, still in programming, holds the record as the most screened film in the history of cinema. Among the American actors who attempted to land a part in the film were also John Travolta and Richard Gere. The main role, however, was assigned to Tim Curry. Thousands of fans have created fan clubs, continue to see the film hundreds of times, always actively participate in the show disguising themselves (as is the philosophy of the “Rocky Horror Show” and as can also be seen in the homage that the film “Fame “). The Rocky has become the subject of psychological and sociological studies, books, degree theses, treatises. And so every night the Rocky is transformed, for the enthusiasm and collaboration of the public that makes each performance a show that is always new and different.

The film had a sequel in 1981: “Shock Treatment” also directed by Jim Sharman with Richard O’Brien and Patricia Quinn.

Richard O’Brien’s career is long and varied: actor, lighting operator and toolmaker. While babysitting his son he wrote the show “They Came From Denton High” which the whole world knows as “ROCKY HORROR SHOW”. Over the years he has appeared in several films such as “The Spice Girls Saga” and “Ever After” with Drew Barrymore. He recorded an album called “Absolute O’Brien” and starred in the musical “Chitty Chitty Bang Bang”. He is considered the “oldest teenager” of all time!

If the film adaptation, “The Rocky Horror Picture Show”, has transformed the musical written by Richard O’Brien into a myth, the theatrical version is constantly renewed, involving spectators who leave 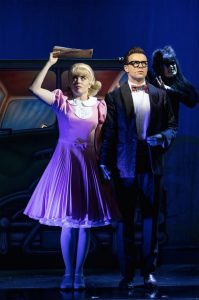 drag into the audience participation, or that typical Rocky phenomenon that sees the public actively participate, with themed disguises but also lines played in response to those of the actors and, of course, dance a wild “Time Warp” under the stage. This is all that a “Rocky Horror Show” cannot miss. The same production of the show offers anyone who wants it a manual entitled the VIRGINS GUIDE which can be viewed at this address: https://www.rockyhorror.co.uk/virginsguide

Narrator: to be defined *

VIRGIN RADIO is the official radio of the Italian tour

TICKET OFFICE: – Monday to Friday from 11am to 7pm

Discounts are available for over 65s, under 12s and groups

INFOLINE AND RESERVATIONS FOR GROUPS AND SCHOOLS

For information write to: boxoffice@teatroarcimboldi.it

Or, for selected events, contact the authorized groups office

David Martin is the lead editor for Spark Chronicles. David has been working as a freelance journalist.
Previous Draghi’s latest blitz on LGBT rights. Fdi’s Anger: “Serious”
Next Piaggio presents the new Vespa GTS: all versions 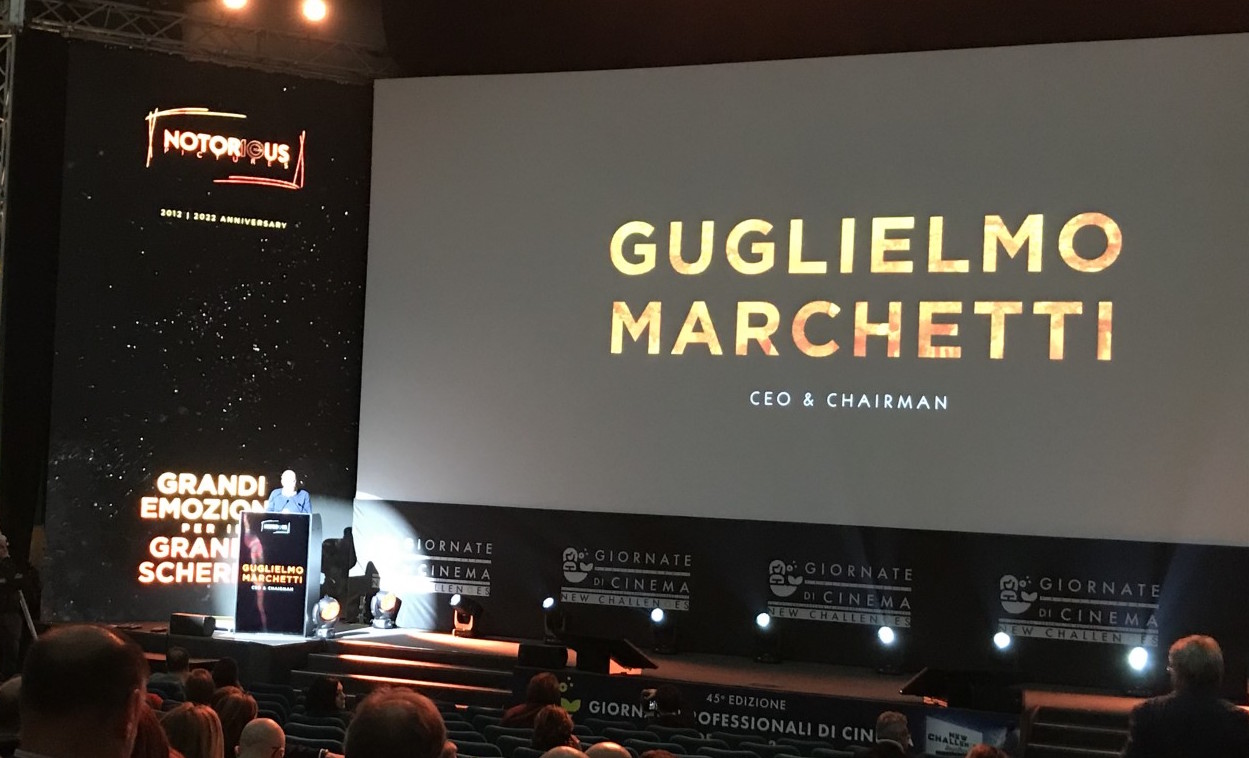