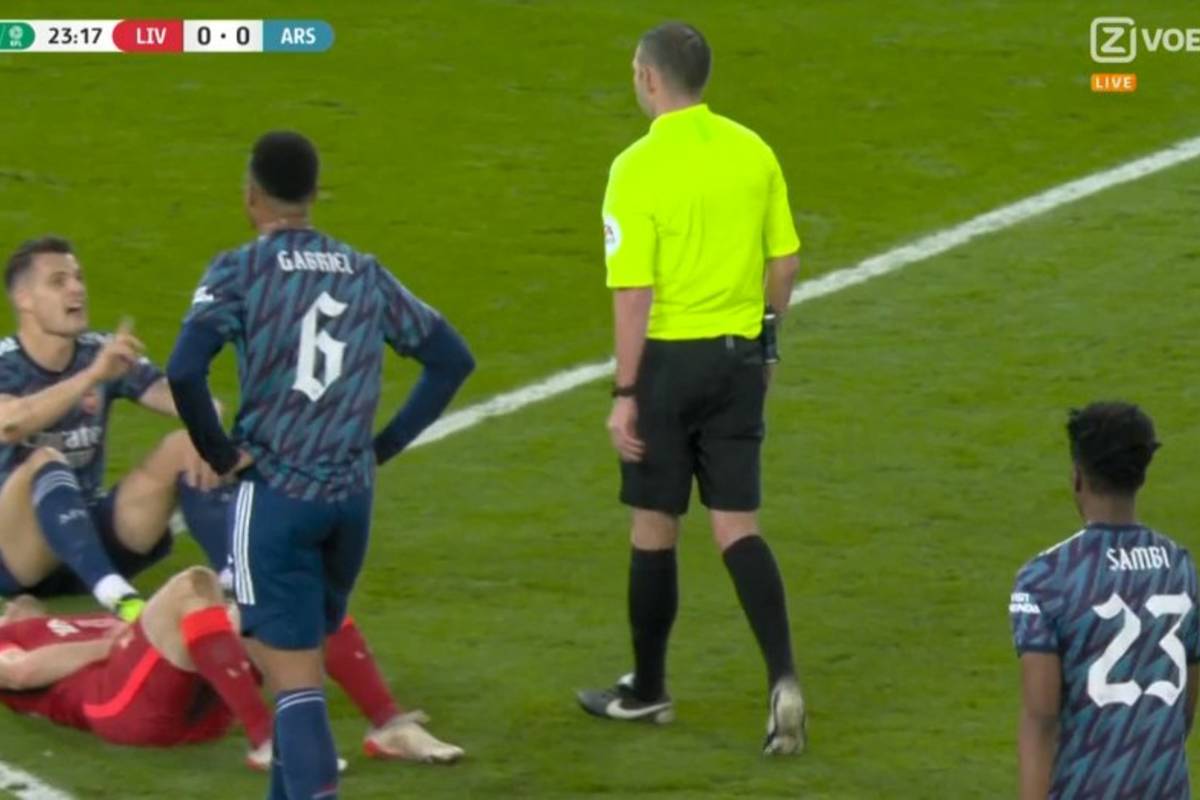 Liverpool drew against Arsenal in the first EFL Cup semi-final. The game at Anfield ended with the score 0-0.

From the 23rd minute, Arsenal played the jackpot. Granite Xhaka fouled Diogo Jota who was coming to the clean position. The referee did not hesitate for a moment, showing the midfielder a direct red card.

Arteta therefore had to make a second change. Eddie Nketiah was taken off the pitch for Rob Holding to come into play, bolstering the defense.

In the minutes that followed, Liverpool dominated the field. The weakened Arsenal saw only offensive outbursts, the main initiator of which was Bukayo Saka.

Liverpool had much more possession of the ball, but it didn’t do much. The offensive players recorded many inaccurate plays, all shots flew far from the goal of “The Gunners”. All too clearly the lack of Mohamed Salah and Sadio Mane competing at the African Cup of Nations. In the 72nd minute, it was Alisson who saved “The Reds” from conceding a goal by defending Saki’s shot.

Liverpool should take the lead in the 90th minute. Takumi Minamino failed to take advantage of Aaron Ramsdale’s serious mistake.

Neither team managed to hit the net. The rematch will take place in a week on Emirates. Chelsea are waiting for the winner of this tie in the final.

David Martin is the lead editor for Spark Chronicles. David has been working as a freelance journalist.
Previous Sweden’s chief epidemiologist: There is a dramatic increase in the number of omicron infections ahead of us
Next Ukraine: anti-aircraft exercises near Crimea