Giorgia Meloni hastens the times for the definition of the team but continues to look to Europe, raising the stakes.

To the French minister Laurence Boone who allegedly said he wanted to monitor “respect for rights and freedoms in Italy” asks to deny the statement because otherwise it would be an “unacceptable” threat of external interference “against a sovereign state, member of the EU”. “The era of governments asking for protection abroad – warns the leader of FdI – is over”. A very clear stance that finds the applause in the center-right and the sharing of Carlo Calenda who invites the French to “mind their own business”. 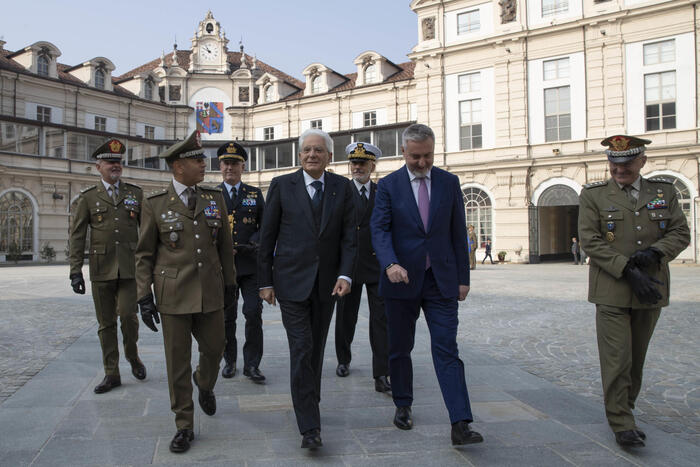 ‘Peace and security put at risk in Europe’, the head of state took part in the inauguration of the academic year of the Army training institutes. Then to the commemoration of the centenary of the birth of the writer Fenoglio (ANSA)

But above all he finds a ‘seal’ from the Head of State Sergio Mattarella: “Italy knows how to look after itself in compliance with the Constitution and the values ​​of the European Union”.

Meanwhile, on the sidelines of the informal summit in Prague, Mario Draghi assures that on the part of the EU partners “there is curiosity” towards Italy, as always “when a government changes”, but “not worry”. There is respect for the choice of Italians, but – he assures – in foreign policy Italy’s line should be unchanged “. 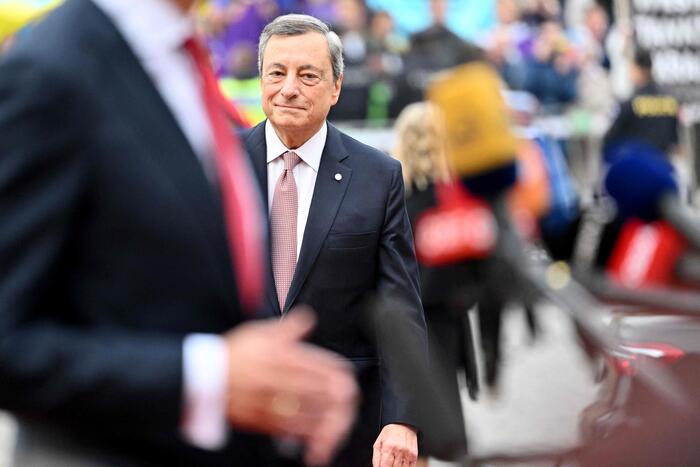 With regard to the ‘toto-ministri’, meanwhile, the League seems to want to up the ante. It is true that for days there has been talk of Salvini’s willingness to take a ‘step sideways’ with respect to the Interior Ministry and that “no veto” would have been placed on him, but it is also true that today he raises the need to create to a Ministry of Family and Birth: a hypothesis that would also be debated in Europe. The League, then, while the center-right is overwhelmed in Basilicata by a judicial investigation that sees exponents of FdI and FI under investigation, also makes it known that “it would very much like” to occupy the box of the Ministry for Regional Affairs, autonomy and reforms given that “autonomy and presidentialism are central themes to take home “. The president of Lombardy, Attilio Fontana, waiting for an official investiture for the regional teams, slows down the race to Salvini’s claims, recalling that, before focusing on the hypothesis of a Ministry for Innovation in Milan, it must be expected that ” the Government is constituted “.

On the front of the tasks of the new Executive, on the other hand, in addition to the gas emergency, which sees the EU converging on the hypothesis of a flexible price cap, the NRR remains a priority. After what has been called a “Meloni-Draghi clash” on the possible delays inherited from the outgoing government, Paolo Gentiloni states that Italy “has so far achieved the objectives it had to achieve on schedule” and that it is “a race against time “which” must continue “. Meanwhile, the day after the Management, the confrontation between the Dems continues, even if to quote Piero Fassino: “Yesterday a new cycle of the Democratic Party began and another closed”. The M5S, on the other hand, chooses in these hours to make the pacifist instance its flag by insisting on the need for a negotiation breakthrough in Europe to achieve peace in the Ukrainian conflict.

Elections, Meloni jokes with journalists on leaving Montecirio: ‘Tomorrow I will free you’

Videogames entered his life in the late '80s, at the time of the first meeting with Super Mario Bros, and even today they make it a permanent part, after almost 30 years. Pros and defects: he manages to finish Super Mario Bros in less than 5 minutes but he has never finished Final Fight with a credit ... he's still trying.
Previous Ferrari, how the new fund introduced in the Japanese GP works – Corriere.it
Next Tom Holland and other actors starring in a series on Legend of Zelda thanks to Midjourney and DALL-E – Nerd4.life