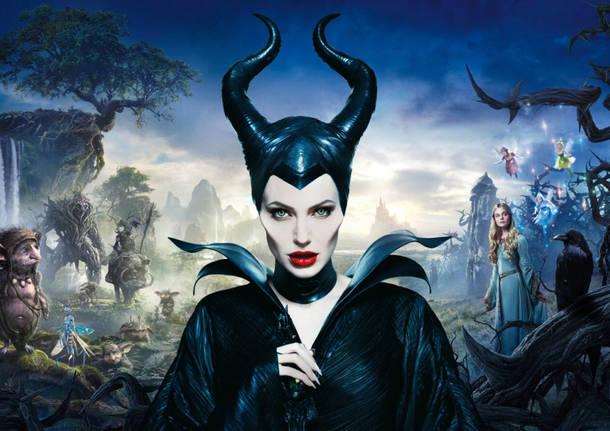 Maleficent 2 – evil lady will be released at the cinema on Thursday 17th October. The relationship between Maleficent (Angelina Jolie) and Aurora (Elle Fanning), the initially stormy, finally relaxed and now the two have built a strong bond. When Prince Philip (Harris, Dickinson) asks Aurora to marry him, the young man accepts it with enthusiasm, in disagreement with the opinion of the godmother that she is afraid of losing it. In fact, during the festivities for the wedding that will join two Kingdoms, the mother of Philip, and the Queen, Ingrith (Michelle Pfeiffer), he offers, as a mother, the putative Aurora. Inevitably, this unleashes the fury of Evil, and reflex triggers a clash between the world of humans and magical creatures, from the destructive consequences.

Fausto Brizzi directs If you love me, in cinemas from 17 October. Diego (Claudio Bisio) is a lawyer, unbelievably good in the lead without wanting to major damage. Following a suicide attempt, it happens in the “shop talk” of Maximilian (Sergio Rubini), who proposes them to spend themselves to help the people you love. The list of candidates includes daughter, brother, mother, father, ex-wife and also a couple of friends. Unfortunately, however, the efforts of Diego will eventually worsen the situation and create problems to each of the loved ones they would like to, instead, bring relief.

John Turturro directs and interprets Jesus rolls – Quintana is backin the Italian cinemas the next October 17. Spin-off of the cult hit The Big Lebowski, the film follows the new adventures of Jesus Quintana, champion of bowling just got out of prison. Together with his new friends, Petey (Bobby Cannavale) and a red-haired woman (Audrey Tautou) is infilerà in trouble again: on the run from a hair salon armed with a pistol, the three bind more and more, and will give life to a friendship that was absolutely out of the box. The cast also includes Susan Sarandon, Jon Hamm, Sonia Braga, Christopher Walken.