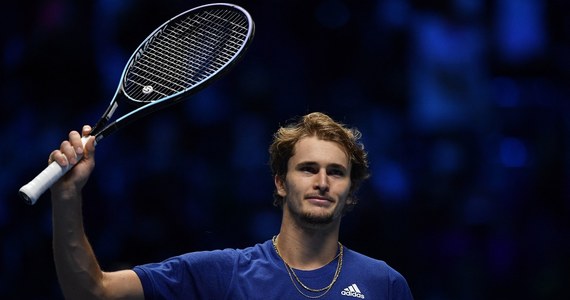 Medvedev, above all, can be happy about the course of this match. His final rival played for a long time, nearly two and a half hours and almost until midnight. The Russian has a few more hours of rest, and it was easier for him on Saturday. Casper Ruud defeated in just over an hour 6: 4, 6: 2.

Djoković and Zverev started the match with great respect for each other. In the first set, neither of them was able to take the initiative for a long time. The game was played according to the service. There were no break points until 5: 4 for Djokovic. It was only in the 10th game – a very fierce and full of spectacular exchanges – that Serb gained an advantage, had a break point and immediately set the ball. Zverev kept his composure. He won another three points and it was a draw.

In the next game, it was the German who had the chance to break the rival’s service twice, leading by 40:15. However, Djoković did not allow a critical situation for himself. Only he scored more points. At 6: 5, the leader of the ranking threatened Zverev for a while. He was leading 30-0, but then the German served confidently and led to a tie-break.

In this extra time, the Olympic champion from Tokyo played it more confidently. He was the first to get a mini break (at 3: 2) and even though he soon lost this minimal advantage, he immediately won a point again at Djokovic’s serve. He won the tie-break 7: 4 after just over an hour of play.

In the second set, both players also had a close fight at the beginning. However, Zverev had the minimal advantage. Djoković was more nervous, it was harder to win his own service games. The German did not lose a point twice – to 4: 3 – with his own application.

At a decisive moment, the Serb showed character. First he won the game to zero, then he had two chances to break and used the other one. It was the server’s first defeat in this match. It turned 5: 4 and it was Djoković. He did not let himself take away the victory in this set.

In the third, it was Zverev who finally used the break point to take the lead 3: 1. He was physically able to endure this meeting, but he also had problems. In the seventh game, Djoković accelerated for a moment, there was a point from winning. He failed. The German was leading 5: 2. He lost one more game, but then he probably served to win the game.

So Djokovic will not be able to win the Masters for the sixth time. He will not be equal to Roger Federer in terms of the number of victories in this tournament. Zverev will play for the second time in the final. In 2018, he defeated Djokovic in it.

“What is a 30-year-old doing today, who in the past was appointed to the Polish …