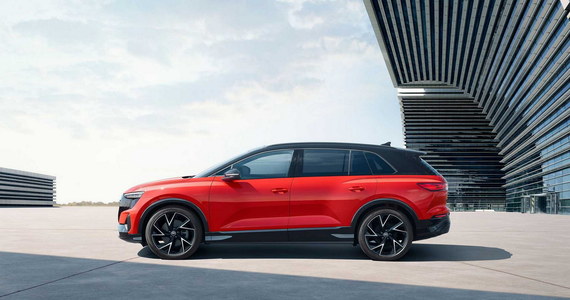 The car is based on the Volkswagen MEB platform, but it is larger than the Q4 model built on the same platform. The Q5 e-tron measures 487 cm in length and has a wheelbase of 296 cm. Compared to its sister structure, the body has been extended by 29 cm and the axles have been extended by an additional 20 cm.

Q5 is actually an enlarged Q4. This can be seen primarily in the interior. They were adapted directly from a smaller model. The driver has two screens at his disposal – a 10.25-inch display of virtual clocks and a 11.6-inch touchscreen through which the infotainment system is controlled. The dashboard and all on-board instruments are identical to those in Q4. Thanks to the increased wheelbase, it was possible to gain more space in the interior. The third row of seats was also installed, allowing the car to carry seven passengers.

The exterior of the car also resembles a smaller one, but with some slight changes. It has new headlights and a larger frame around the grille, and the rear has slightly changed lights, which, however, still merge into a single line. The bumper is also designed differently. In addition, emblems with the e-Tron lettering were placed on the rear pillars.

The Q5 e-tron will be offered in three different variants. The basic version of the 35 has a 180 HP engine. In the next – 40 – the rear axle will be powered by a 201 HP unit. The top 50 e-tron is equipped with two engines with a total power of 302 HP, which transfer the drive to both axles.

In terms of dimensions, the Q5 e-tron resembles the Volkswagen ID6, which is also offered only in China. The Audi electric SUV seems to be a tribute to customers who expect something more prestigious than the ordinary “people’s car”.

The variety offered by video games never ceases to amaze him. He loves OutRun's drifting as well as the contemplative walks of Dear Esther. Immersing himself in other worlds is an incomparable feeling for him: he understood it by playing for the first time in Shenmue.
Previous Donald Tusk on international cooperation
Next Australian Open for vaccinated only. Novak Djoković will not play?