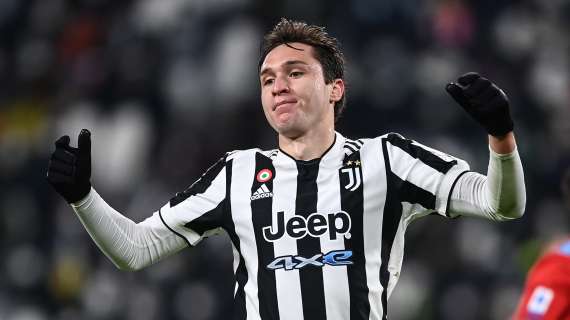 “August was a terrible month, now I will do a great preparation. Black period overcome with the strength of the group”

After the victory over Lazio, too Federico Chiesa spoke to Sky Sport: “It is also nice to be here and go back to the previous routine. It was an endless 10 months, in August when the finish line seemed to be there for every training session I had knee problems, I had to do checks, I flew new in Innsbruck, the month of August was really terrible but with strength and tenacity and the people who loved me I got out and it took me 2 months to get back in shape, then return with the team and the call with PSG is was the closing of a circle “.

How do you plan to return to the top in January?
“I would have been more pleased to participate in the World Championship but I will take advantage of this break to make the retreat that I did not do in July, so for me it will be like starting from the beginning and then I will try to help the team in January. team my desire was so great, the call with PSG was so unexpected, I did not expect it, I told the coach that I was ready and I wanted to help the team. We have not shown our qualities in the Champions League but we have put it right and let’s see what can be done in January “.

How did you live that difficult period for Juventus?
“I strongly believe that we have a group of fantastic guys who want to make themselves available to the coach and a great future awaits us because we managed to get out of a really bad period but we have shown that we can get out of it and the most important thing was cohesion. of the group, together we wanted to get out of it at all costs because Juve didn’t deserve that situation and I think the 3-0 is the fairest result tonight. ”

How do you see yourself in this 3-5-2?
“I have always shown on the wing, I feel good and I played my best football on the wing, then out of necessity I also played second point, today I was happy to be back in that position”.

David Martin is the lead editor for Spark Chronicles. David has been working as a freelance journalist.
Previous Leitz Phone 2 is Leica’s new jewel for photography lovers
Next a blue car every five minutes