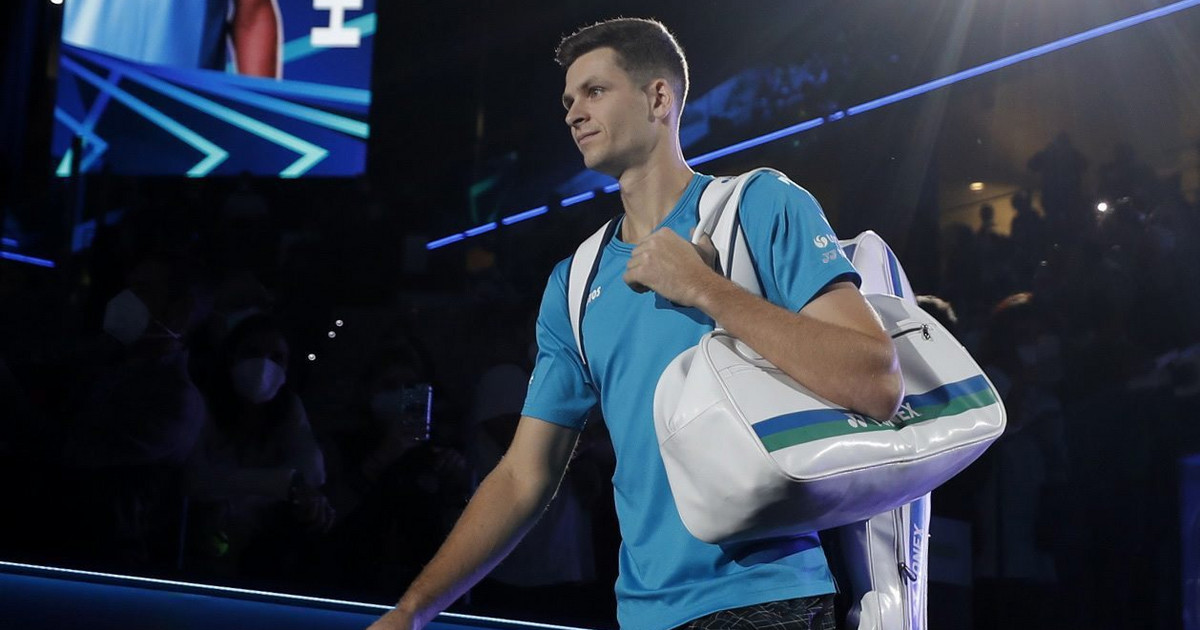 Australian Open for vaccinated only. What is the status of Hubert Hurkacz?

Tiley’s speech was a signal that the behind-the-scenes negotiations on the possibility of playing for unvaccinated players had finally been completed. Even a few dozen hours earlier, it seemed that there was a gateway to this – arrival in Sydney and quarantine in this city, performance in the ATP Cup, and then start in Melbourne. It found that even after the quarantine, the Victorian state authorities refused to allow unvaccinated tennis players to appear at the Australian Open. “Those who play in our tournament will all be vaccinated,” said the director of the Australian Open. Adding that all the fans and all personnel who will appear on the court will also be after receiving the vaccine. When asked about Novak Djokovic, he replied, “We’d like him to play.” He knows he needs to be fully vaccinated, he said. He added that the stands would be full and in the last six weeks the number of vaccinated professionals has increased from 50 percent to 80 percent.

At the moment, it is not fully known if all the stars will reach the antipodes. Until recently, many players from the top ten did not want to inform whether they would play in the antipodes. This was the opinion of, among others, the leader of the ATP ranking and the nine-time winner of the event, Novak Djoković. This position was supported by runner-up Daniil Medvedev, who recently said he would play for Melbourne. “I am against the disclosure of any medical information, but it is known that if anyone plays in Melbourne, they will be vaccinated this year,” said the Russian tennis player. He himself was infected in the spring and therefore had to withdraw from the tournament in Monte Carlo.

Dominic Thiem, who has not been vaccinated in October, but now has vaccination confirmation, will also perform in Melbourne. It is not known what about Alexander Zverev, who in October Indian Wells declined to comment on the matter, informing only that there is no problem with the two-week quarantine, he respects the decisions of the Australian government, but also all players who did not get vaccinated. And that he doesn’t want to be involved in this discussion. Stefanos Tsitsipas announced that he would be vaccinated after the season, Andrey Rublev was also unvaccinated at the end of October. However, he said then in an interview with the TASS agency that he had to get vaccinated because he could not imagine two weeks of isolation in a room without training. Even then, he hoped that this option would be possible.

Today it is already known, after the words of director Tiley, that it is unrealistic from the players’ point of view. If someone doesn’t take the vaccine, they won’t play at the Australian Open. Iga Świątek was vaccinated in the spring, we did not know the status of Hubert Hurkacz so far. During the tournament in Miami, which our best tennis player won, one of the American journalists Ben Rothenberg said that the question was raised whether our best tennis player plans to take the vaccine.

– I’m not planning to have a vaccine. I’m so focused planning for the tournaments, so there’s no time to get it – Hubert replied. So at that point he was not planning on receiving the vaccine.

On Friday, we asked the manager, Hubi, Michał Zawada, what is the status of our tennis player at the moment. – Hubert is already vaccinated – we heard from his lips. Which means he won’t have a problem to perform in Melbourne.

On Saturday, Novak Djoković will probably hear questions about going to Australia during the Masters in Turin. The Serb won’t have to say whether he has taken the vaccine or not, but will be asked if he will fly to the Australian Open. If he says yes, it means he has the necessary vaccination certificate.

David Martin is the lead editor for Spark Chronicles. David has been working as a freelance journalist.
Previous Angelina Jolie with Shiloh and Pax at the premiere. Photos
Next PlusLiga. Stal Nysa – GKS Katowice – result and report. volleyball

Paulo Sousa will fly to Poland next week. The coach of the Polish national team …