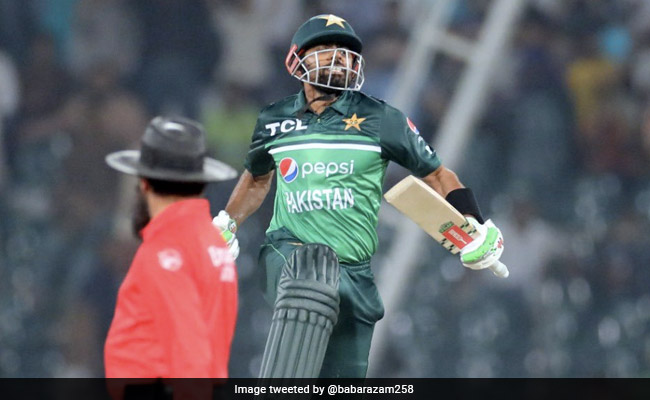 PAK vs AUS 3rd ODI: Babar Azam of Pakistan is consistently doing amazing in ODI cricket (ODI). In the third ODI against Australia, Babar scored a century to give victory to the team. Pakistan won the ODI series 2-1. Babar scored 105 runs in 115 balls in the third ODI, in which he hit 12 fours. Actually Australia had batted first and scored 210 runs, after which Pakistan lost 1 wicket and achieved the target easily in 37.5 overs. Apart from Babar, Imam-ul Haq scored 89 runs in 100 balls, which included 6 fours and 1 six. Pakistan captain Babar was awarded the Player of the Match and Player of the Series titles. This is Babar’s 16th century in ODIs. With the 16th century of his career in ODIs, the Pakistani captain has made a world record.

Former India captain Virat Kohli did an amazing job of scoring 16 centuries in 110 innings. Apart from this, David Warner had played 110 innings in his career, when his 16th century of career came out with his bat. Not only this, Babar also scored a century against Australia in the second ODI, which was the 15th century of his career. Babar also became the fastest batsman to score 15 centuries in ODI cricket.

Became second such batsman of Pakistan
Babar has become the second Pakistani batsman to score the fastest century in ODI cricket. Babar now has 16 centuries in his name. Saeed Anwar holds the record for scoring the most ODI centuries for Pakistan. Anwar has scored 20 centuries in his career. That is, Babar is going to become the king of Pakistani cricket in a very short time. Babar Azam is now being discussed in the whole cricket world. Let us inform that former Pakistan opener Anwar played a total of 247 matches to score 20 centuries in which he played 244 innings. That is, if Babar continues to score runs in this way, then the day is not far when he will become the batsman to score the most centuries not only in Pakistan but in world cricket.

Shaheen Afridi’s havoc on the very first ball of the match, Travis Head was left stunned, did not understand anything, watch VIDEO

Azam has also become the first Pakistani captain to win an ODI series from Australia in 20 years.
# In all the previous 4 ODI victories of Pakistan, the title of man of the match has been in the name of Babar.
# Became the batsman to score the most ODI centuries for Pakistan as a captain
# Fastest 16 ODI century World Record

Videogames entered his life in the late '80s, at the time of the first meeting with Super Mario Bros, and even today they make it a permanent part, after almost 30 years. Pros and defects: he manages to finish Super Mario Bros in less than 5 minutes but he has never finished Final Fight with a credit ... he's still trying.
Previous BAFTA 2022, all the winners of the English Oscars
Next Icc Womens World Cup 2022 Final Between Australia And England Live Scorecard And Updates Christchurch – Aus W Vs Eng W Live Score: Alyssa Healy’s second consecutive century, 100 runs with four boundaries, Australia cross 200