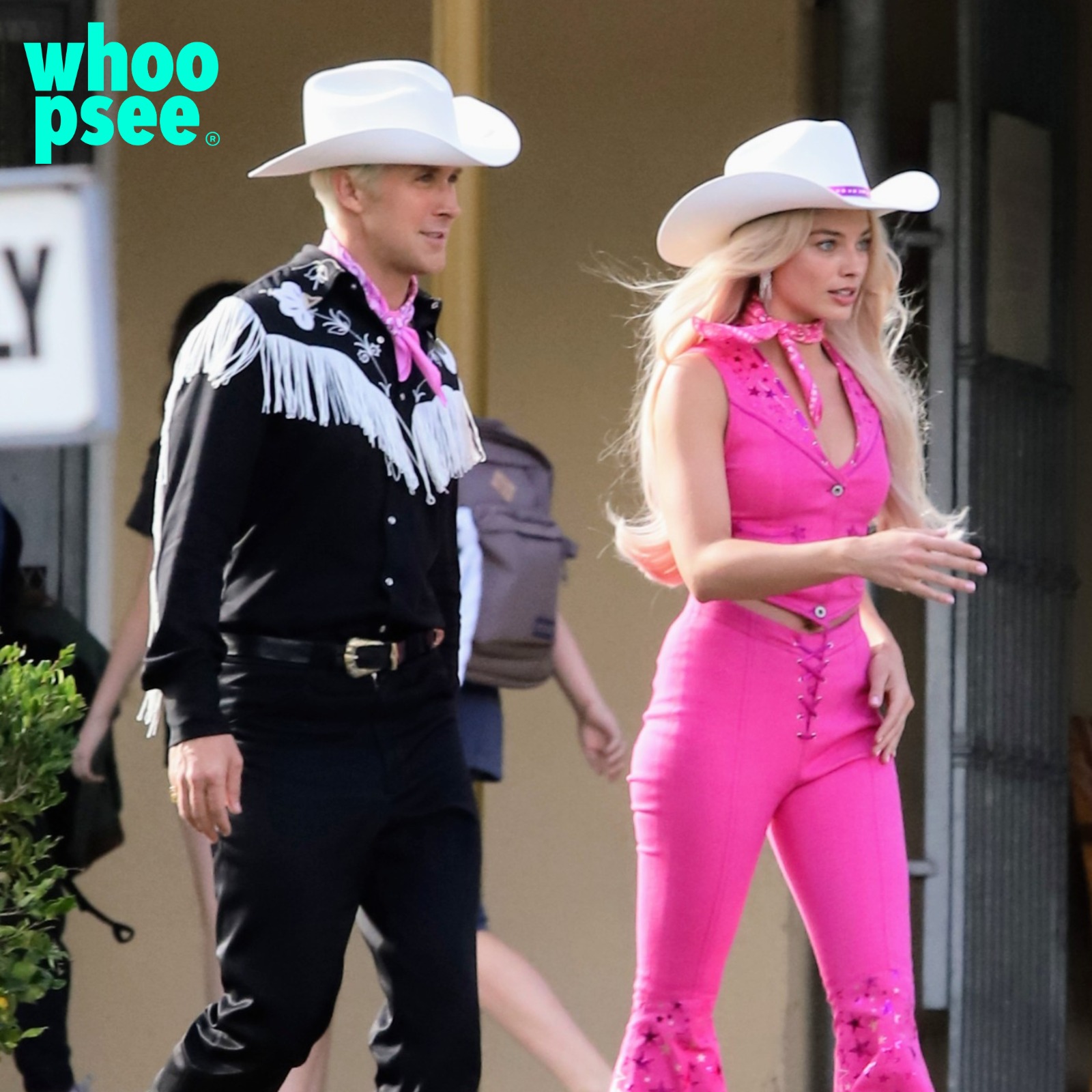 The trailer for the live action film “Barbie”, starring Margot Robbie and Ryan Gosling, anticipates a feature film full of literal quotes and fashion cues. Barbie was the first adult-bodied doll in history, and she revolutionized the world of children’s toys forever. Greta Gerwig’s film, to be released next July, continues to arouse interest and amazement with its scenographic outfits and technicolor combinations. Barbie arrives on Earth in the very first black and white striped one-piece swimsuit, captivating little girls with her unexpectedly glamorous look. In some flashes, Ryan Gosling, as Ken, wears a fringed black leather vest, combined with leather pants and a bandana tied in his hair, bringing the biker trend anticipated on the spring-summer 2023 catwalks to the scene. Barbie closes the trailer in a bright and close-fitting catsuit, a sexy and cutting-edge choice that recently ousted the most classic evening dress.

Last June, some photos from the set of the film that portrayed the two protagonists brought to the stage two emblematic looks of the most famous doll in the world. Margot Robbie and Ryan Gosling wore two coordinated outfits in shades of fuchsia, complete with neon yellow roller skates and matching accessories. A clear reference to the 80s edition of Barbie, but which aligns with the contemporary trends “bimbo” and “himbo”, which accentuate the characteristic feminine and masculine traits. Hand in hand with the return of y2k, this year hyper femininity has taken over riding the wave of Barbiecore, between naive cuts and combinations in shades of pop pink. For men, on the other hand, 2022 has laid the foundations for a playful and sensual fashion that brings physicality to the center. A trend that will reach its peak during the next year, playing with a more innocent and vain masculinity.

From fluorescent sports suits to western fashion: Barbie and Ken by Margot Robbie and Ryan Gosling are making the rounds on the web with some shots that portray them in two cowboy suits in shades of pink and black. Barbie does not abandon the candy pink that she colored throughout 2022 and evokes a disruptive femininity, Dolly Parton-style, with a fitted vest and high-waisted trousers with a corset closure. Ken wears a black rodeo-style suit, with a fringed jacket and floral decorations. An eternal trend that has already conquered, during the last few months, celebs of the caliber of Kendall Jenner and Emily Ratajkowski, with streetstyle combinations that favor Texan boots and dresses with Paisley patterns.

With just a few revealing scenes, “Barbie” has already conquered everyone. The film promises to trace the most iconic eras of the doll and in the history of fashion, winking at the new trends arriving in 2023, which have peeped out in the collections already presented this year.

David Martin is the lead editor for Spark Chronicles. David has been working as a freelance journalist.
Previous The Walking Dead, the penultimate episode ends with a serious twist
Next Alice, Darling: plot, cast and release of the thriller film with Anna Kendrick