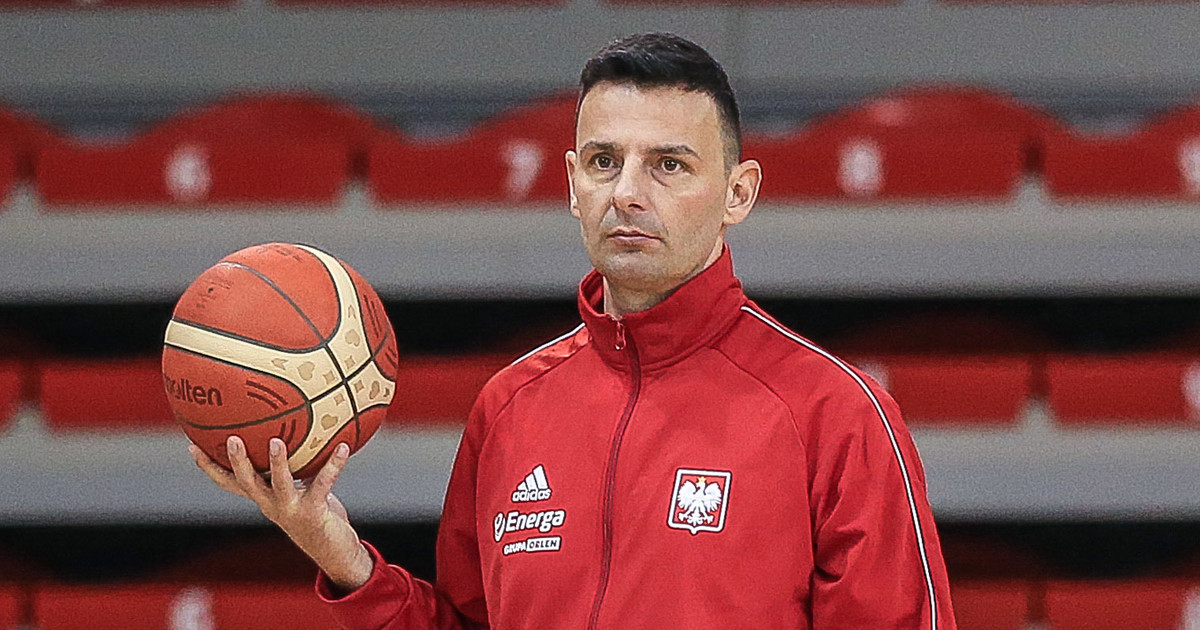 Basketball. Poland – Israel. Igor Mililić announces a fight. “We are to be one”

Polish Press Agency: On Thursday you will make your debut as the coach of the national team. What are your impressions after the first classes with the staff?

Igor Milicić: Revelation. The atmosphere is really great. The players get along with each other, although they compete hard on the court. There is … chaos in training, which is exactly what we want to introduce with aggressive defense during matches. I believe it is going in the right direction.

PAP: Can a lot of tactical solutions be introduced to the game system during the two days of preparation, or is it just about general rules?

IM: We’re introducing as much as we can. A lot has been achieved during these days, but this is obviously very little compared to what one would like, how much would be necessary for full functioning.

PAP: Many fans believe that AJ Slaughter is missing from your team. What were the reasons why such an experienced and in good shape basketball player did not make it to this training camp?

IM: Everyone has the right to their opinion. We are trying to go in a different direction. At this point, in this national squad window, we want to give the 15-18 possessions he had in AJ’s game to other players – those we want to check out, see how much they can give us. Maybe it won’t be as bad as everyone thinks.

PAP: Who will be the captain of the team in the match against Israel in the absence of Mateusz Ponitka?

IM: It’s not really an important topic. This team is to have a leader in the form of all twelve players. We are waiting for Mateusz and Michał Sokołowski – the captain and co-captain, team leaders. At this point, the whole team is captain, everyone has to take responsibility for the game.

PAP: What exactly is this chaos, with which you are satisfied, supposed to be?

IM: It is our defense and destruction of the enemy in every way. This defense will often be very close to the rivals, wall defense, i.e. placing a wall in front of the player with the ball when the opponent goes to attack, playing very high and aggressively on pick and rolls and curtains – it all adds up to the chaos we want to introduce . We even have a name like that for one of our licks – “chaos”.

PAP: Can you expect any surprises in the roles you assign to the players or will they be standard solutions?

IM: We had an unusual idea, but the fact that Mateusz Ponitka is not in the first match and Michał Sokołowski and Michał Michalak will not be there will make it difficult. However, it may happen, depending on how the situation turns out in the match, that players from position three may cover higher rivals.

PAP: There will be no elders in your team in Israel. So who will it be on Thursday?

IM: There are no such players on the team right now. Because Tomek Gielo, Jarek Zyskowski or Olek Balcerowski have not had such roles so far to be “oldies”. Now each of them takes on more responsible tasks. Even those players who have never been in the squad can jump into the top five. There are no split roles here. It has to be a team, we have to be one.

PAP: How do you assess the strength of group rivals – Israel, Germany and Estonia?

IM For now, we are dealing with the first two. Both teams have players of a large kind, individually at a much higher level than ours. However, we think we can match them through energy and aggressiveness.

PAP: What will play a decisive role in Thursday’s match in Tel Aviv?

IM: I believe that we will surprise our rivals with our physicality. The question is, how will we apply our tactics to the Israeli audience, how our young team will adjust to this heated atmosphere. We expect it to be full hall and strong cheering. I hope we will adjust the team to these challenges accordingly. I believe the guys can do it.

David Martin is the lead editor for Spark Chronicles. David has been working as a freelance journalist.
Previous Meeting of the Visegrad Group on Belarus. Morawiecki on the Lukashenka regime
Next Relativity for sale. Einstein’s manuscript at auction